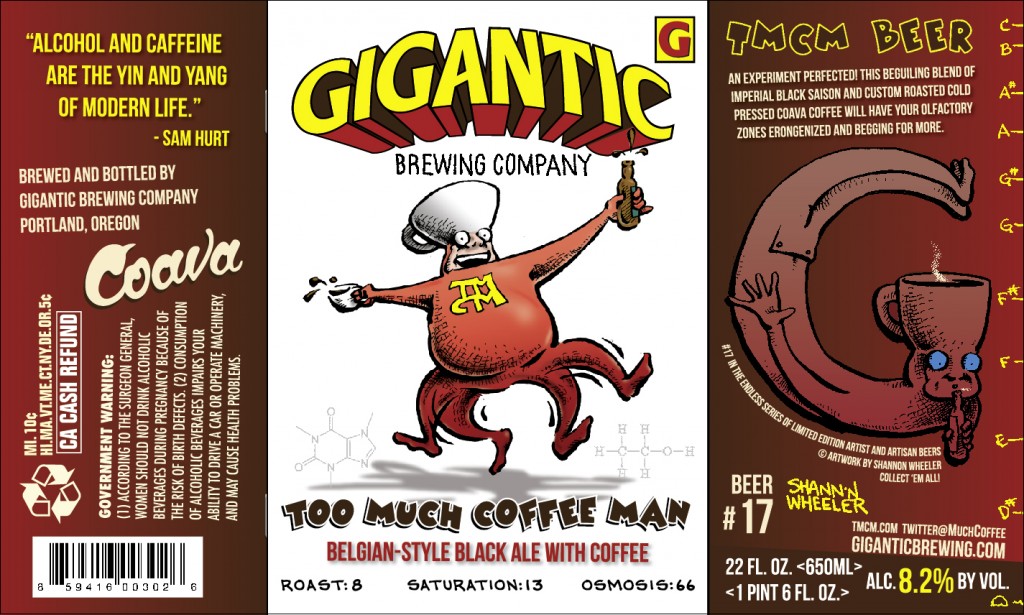 The latest seasonal bottle release from Gigantic Brewing is Too Much Coffee Man, an Imperial Black Saison brewed with coffee. More specifically this black ale is brewed using cold pressed coffee from Portland’s Coava Coffee. And what you get with this beer is something a bit more unique in taste.

Want to learn more about this latest offering from Gigantic Brewing? You’ll be able to from viewing this recent video that Brew Age put together on their recent trip to Portland. The video features Ben Love of Gigantic Brewing along with Shannon Wheeler, the artist that created Too Much Coffee Man. Watch the episode to learn more about the comic on the label and the coffee beans that went into the beer.

Over the next month be on the lookout for more videos from Brew Age that were shot on their recent trip to Portland.