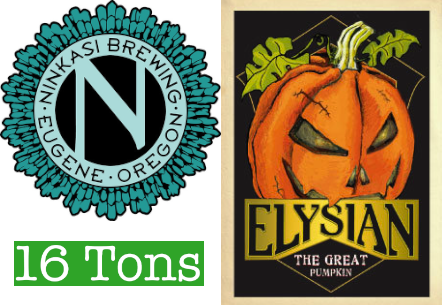 It was only a matter of time before someone in the Pacific Northwest came out with a pumpkin IPA. Considering they are the masters of the pumpkin brew, we figured it would be Elysian Brewing of Seattle. Known across the map for their many styles of craft pumpkin beer and for their annual Great Pumpkin Festival, Elysian has teamed up with one of the region’s best known purveyors of hoppy brews, Ninkasi Brewing of Eugene to concoct Hop Squash Pumpkin IPA.

In addition to pumpkins, Hop Squash IPA is brewed with copious amounts of Japanese Sorachi Ace and New Zealand Motueka hops. Be one of the first to try it at a special event at Sixteen Tons’ Supreme Bean Cafe in Eugene that will feature a number of specialty releases from both breweries, including multiple pumpkin brews from Elysian. Here’s the details from our friend Mike Coplin at Sixteen Tons:
On Friday September 21 our Cafe will host a very unusual beer release. In celebration of the harvest season, Eugene’s own Ninkasi Brewing Company has brewed up a unique pumpkin beer with Seattle’s renowned Elysian Brewing. This is the time of year when hops and pumpkins alike are ready to pick and freshest to enjoy. Why not combine 2 glorious flavors in a seductive thirst quenching ale?

Ninkasi and Elysian will each offer up 6 beers on tap at the event from 6-10pm. Some of the special Ninkasi beers include: 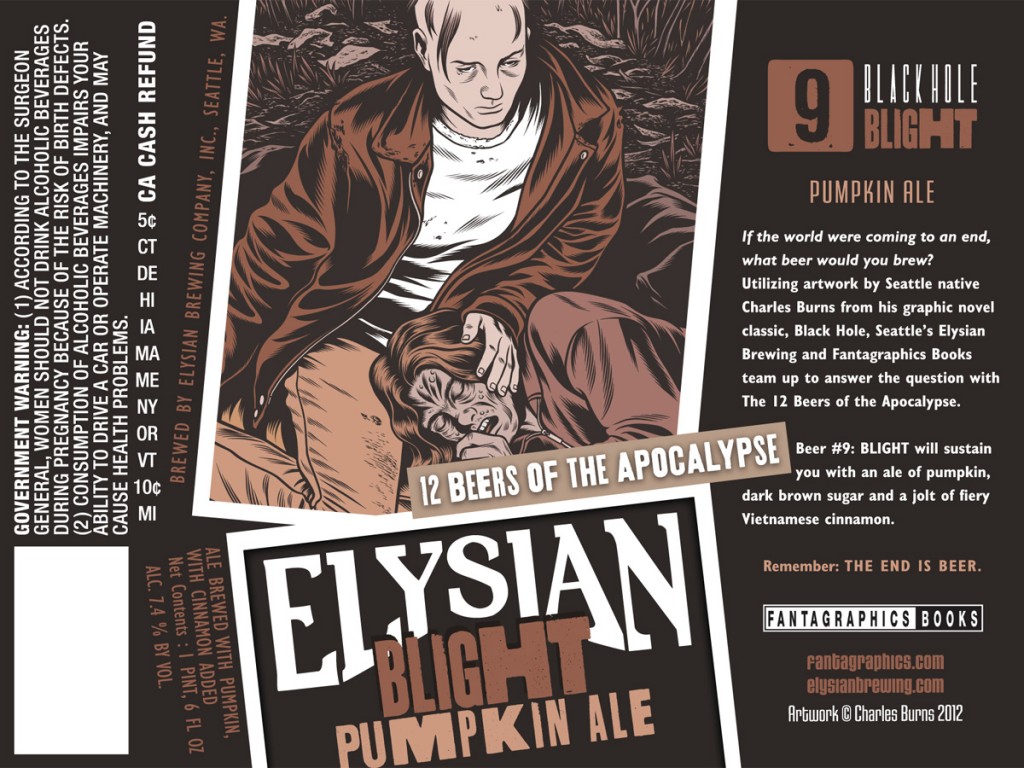 About 16 Tons Cafe: The Supreme Bean Coffee Company, purchased by 16 Tons in July 2011, is a neighborhood gathering place featuring Water Avenue Coffee, a full food menu, 12 beers on tap, an extensive wine list, Trivia Night and live music. 16 Tons has been consistently voted as having one of the best beer selections in Eugene. The Cafe is located in Woodfield Station at 2864 Willamette #500. Open everyday 7am-10pm