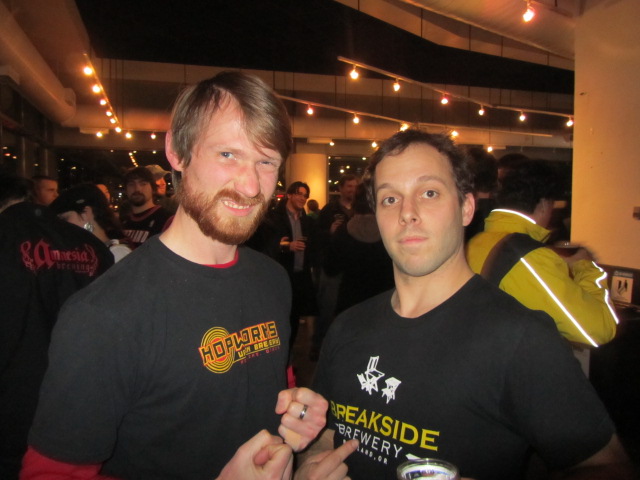 As previously mentioned in Jeff Alworth’s Beervana site, the Rose Garden and the Portland Trailblazers are making more attempts to acknowledge the vast offerings available throughout Rip City. Last evening, a group of brewers and brewery staff from around town gathered with other enthusiasts at The Game sports bar, located at the southwest corner across from the arena, to go ofter more offerings is typically available at the Quarter. Here, next to Widmer’s pilot production facility (where one-offs and their Collaborator brews are brought to life), representatives from Ninkasi, Lucky Lab, Philadelphia’s, Amnesia, Migration, Coalition, Cascade, Breakside, Hopworks, Pyramid, Widmer, and Laurelwood were on hand to discuss their craft products. 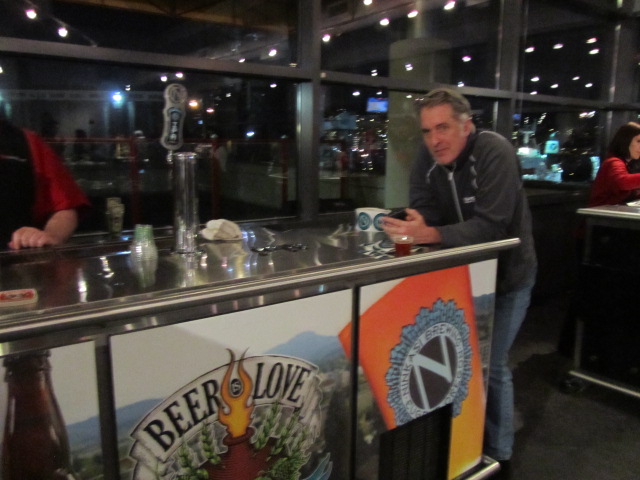 Thanks to Ben Edmunds, brewer at Breakside Brewery in North Portland, we were allowed in to the game, where many of the brewery folks enjoyed a shared suite with a comfortable and relaxed setting. The game was a great one for Blazer fans, as the banged-up, injury-riddled home team rally back against favored New Orleans for the win. Blazer power forward Lamarcus Aldridge continued his stellar play (he was named Western Conference player of the week for the second consecutive week), tossing in 32 points, while being praised by fans who were given signs reading “LA12 Our All-Star” (Aldridge was not a selection for this year’s all-star game). The win for the Blazers catapulted them into the fifth seed in the conference and provided some much needed momentum going into the all-star break. 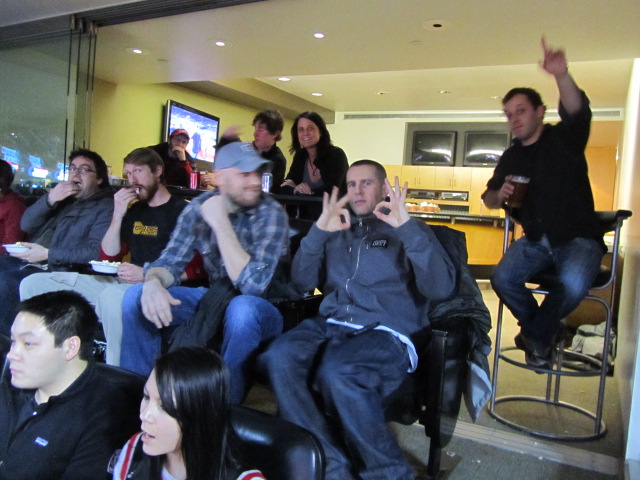 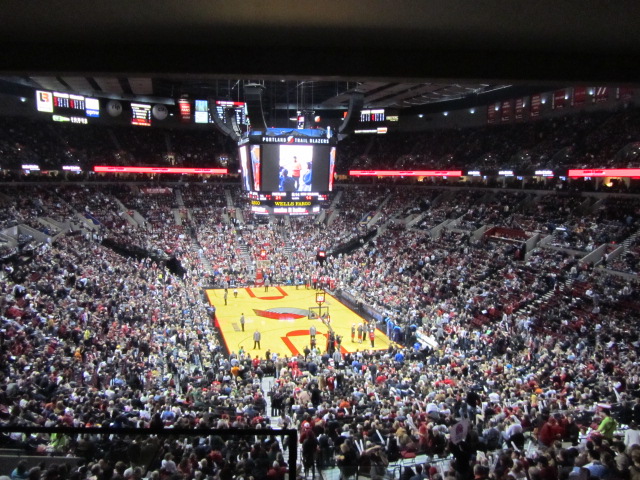 Here’s some video of the craft beer folks in suite 51 celebrating when the Blazers delivered the dagger and shored up free chalupas (anytime the Blazers score 100+ points in a win, every fan in attendance receives a certificate for a free Taco Bell prize). The feeling at the Garden was electric.

For more information on the Rose Garden’s Hoops and Hops events and tickets, click here.