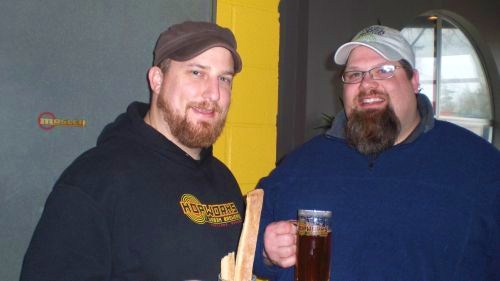 As you probably know from reading here, Saturday March 20 is the BrewPubliCrawl, a showcase of great beer bars and craft top Pacific Northwest brewers. At the SE Division Street debut, one of the most anticipated breweries will be local favorites, Hopworks Urban Brewery (HUB). HUB assistant brewmaster Ben Love just informed us that his brewery will be debuting a special new lager at BrewPubliCrawl. For those about to bock, we salute you!

The beer we’re going to have at Victory for the Brewpublic crawl is a yet to be released bock we brewed back in early December. It’s been lagering ever since (3 months) and won’t go on tap here til April.

Here are the specs on this very special beer.

Name: For Those About to Bock

Style: Bock, (Bock = German for ‘goat’. Believed to originate from Einbeck, Germany thus nicknamed ‘beck’, then ‘bock’. It is known for being a darker, richer, maltier lager with a higher alcohol content, (5.5-7.5). Often depicted with goat on label).

Description: The German brewers of yore knew they’d need a heavier, heartier lager to make it through the late winter months and into the spring. This beer follows that tradition. Brewed in the winter months, under the zodiac of Capricorn, (the sign of the goat), this amber-colored, bready and rich lager rings in at a clean, crisp 6.1% and is stalwart enough to carry any Portlander through til May. For those about to BOCK, We Salute You! 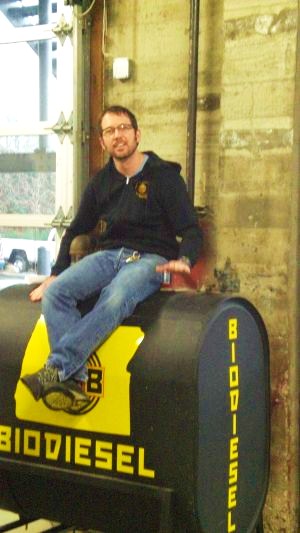 BrewPubliCrawl kicks off at 12 Noon on March 20, 2010. For more information visit http://brewpublic.com/events