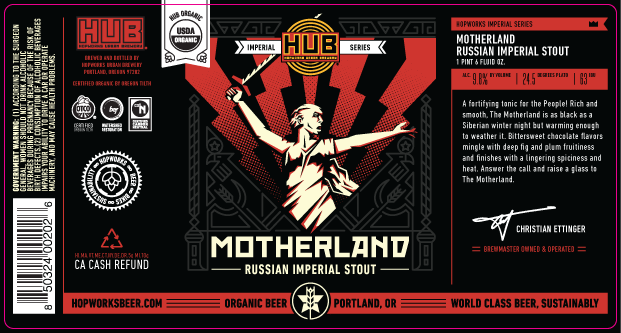 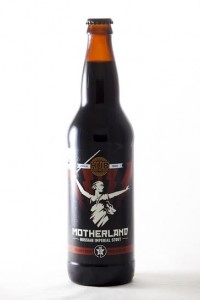 PORTLAND, Ore. – Hopworks Urban Brewery (HUB) today announced the release of Motherland Russian Imperial Stout. Rich and smooth, Motherland is as black as a Siberian winter night but warming enough to weather it. Bittersweet chocolate flavors mingle with deep fig and plum fruitiness and it finishes with a lingering spiciness and heat. Available November through February, this winter warmer is a fortifying tonic for the People!

Motherland is part of Hopworks’ Imperial Series, which features rotating imperial ales throughout the year and is geared for lovers of slow-sipping, big, bold, and highly complex beers. This season drinkers will appreciate Motherland’s focus on a hearty organic malt bill that will warm your heart during cold, rainy and snow-filled evenings.

Founded in 2007, Hopworks Urban Brewery is committed to brewing world-class beer as sustainably as possible using organic malts and hops sourced primarily from the Northwest. HUB strives to revolutionize and inspire the brewing industry while protecting the environment and improving the communities we live in. The company’s sustainably operated 20-barrel brewery produces 12,500 barrels of beer a year for its two brewpubs and for distribution in Oregon, Washington, Idaho and British Columbia. Hopworks is 100% renewably powered and “cradle to gate” carbon and water neutral.