Wednesday July 14, 2010 offers a lot of options for Beervana craft beer lovers. Here’s a look at where and what you could be quaffing on this fine day: 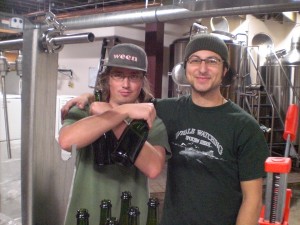 Upright Reggae Junkie Gruit Release and Meet the Brewers – Upright Brewing has been turning the Oregon craft beer world upside down with some unique and fantastic beers. Since they opened just over a year ago, brewers Alex Ganum and Gerritt Ill have taken imaginative brewing to a new level. Known well for their French farmhouse style brews, on this fine evening at The BeerMongers, the Upright boys release their seasonal noteworthy hops-free herb beer known as Reggae Junkie Gruit. Brewed with a tantalizing blend of lemongrass, sichuan peppercorns, orange peel and hyssop, the gruit is another in a long list of innovative beers that Upright continues to put forth. Also tapping is a grassy loaded-with-hops Bavarian Engelberg Pils. 6-8PM. 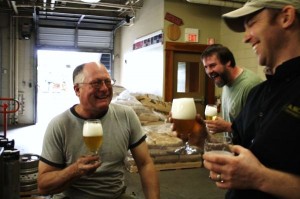 Cascade Brewing Night at Puckerfest, Belmont Station – Puckerfest rolls on with more tart and wild brews than you can shake a stick at. Cascade brewer and sour champion Curtis Bain presents three very special sour ales on this night: The Manhattan Transfer, special blend of Pale Quad aged in Heaven Hill barrels, Tripel, and Sour Pie Cherry Kriek;  Noyeaux, a blend of Belgian spiced blonds, aged in white port barrels with raspberries and toasted inner pits of apricots used for the Cascade Apricot Ale; and the highly acclaimed dark, puckering, and complex Sang Noir. If you haven’t been by Puckerfest yet this year, what are you waiting for?! 6-8PM. 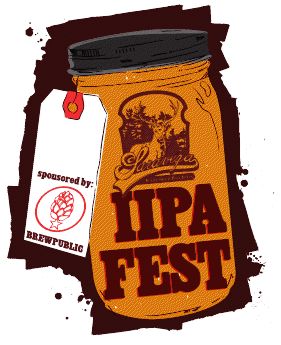 Imperial IPA Fest Kick-off – Do you love hops? If so, this night is for you. In fact, the next five days are a dream come true for you. With more than 30 IIPAs being tapped throughout the week, Saraveza begins IIPA Fest with a bang. Tapping tonight: Beer Valley Leafer MadnessBlack Madness (a special blend of Leafer and the boisterously lupulin’d Black Flag Imperial Stout), Laurelwood Green Mammoth (debuting!), Oakshire Glen’s Hop Vice, and Ninkasi Tricerahops (gold medal winner at North American Beer Awards 2010). Brewer-owner Pete Ricks of Beer Valley, Oregon’s easternmost brewer, will in be in attendance, as will Laurelwood brewmaster Chad Kennedy. Folks with free tickets will receive a free Saraveza 32 ounce mason jar and get a fill for the price of a pint. Brewpublic is proud to sponsor this event. For more information go to http://brewpublic.com/events. 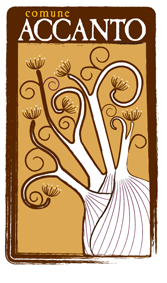 HUB’s famous beer bike will be on hand as well with pint specials. Bon appetit!