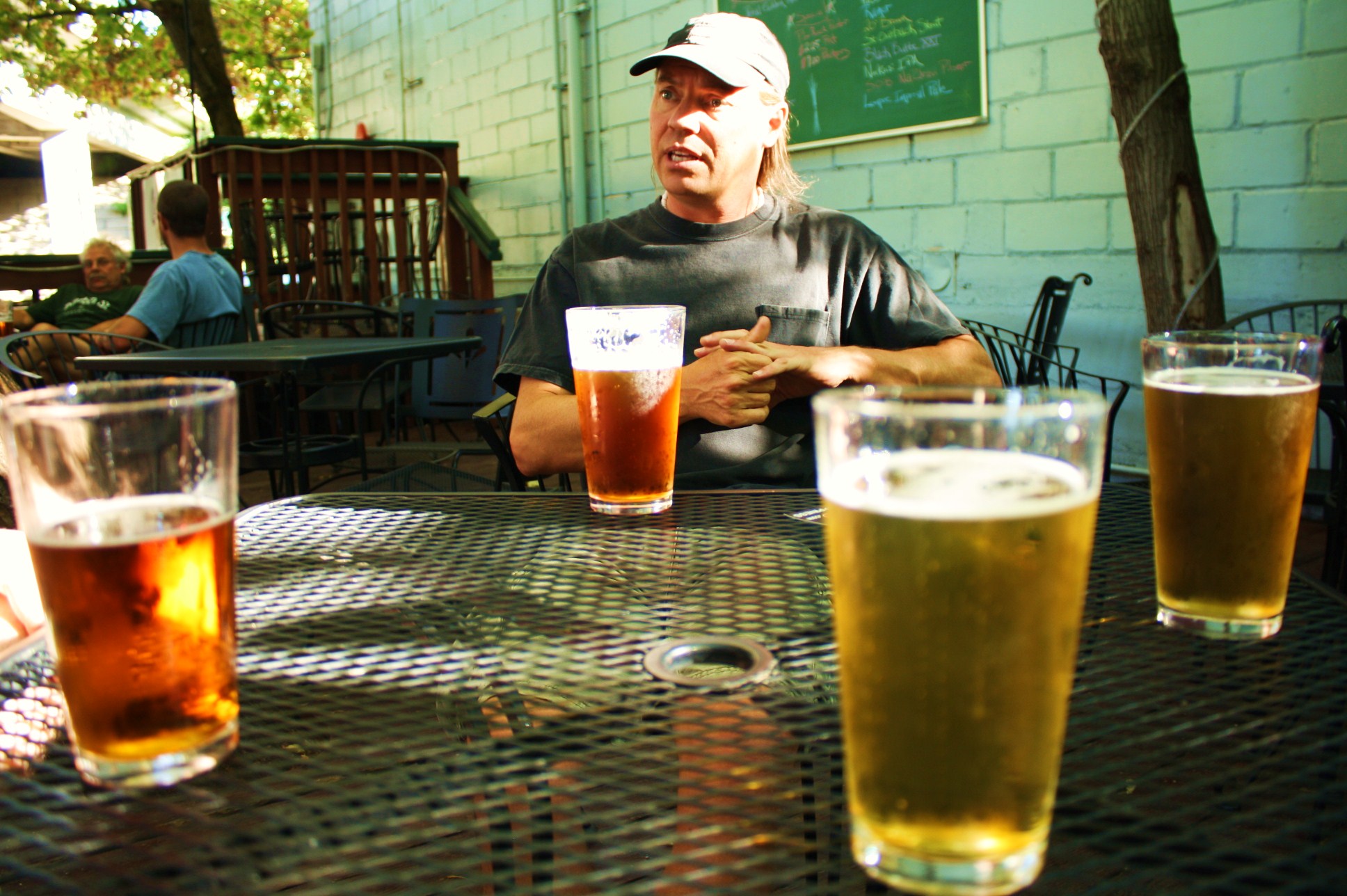 Brewpublic recently visited Caldera Brewing‘s new taproom in beautiful downtown Ashland, Oregon. There we met with founder and head brewer Jim Mills to learn more about one of Oregon’s best breweries that resides a stone’s throw from the California border. Caldera is Oregon’s first microbrewery to can its own beer and has aadding to the bold flavor profiles to give them a seemingly cult following around Beervana. 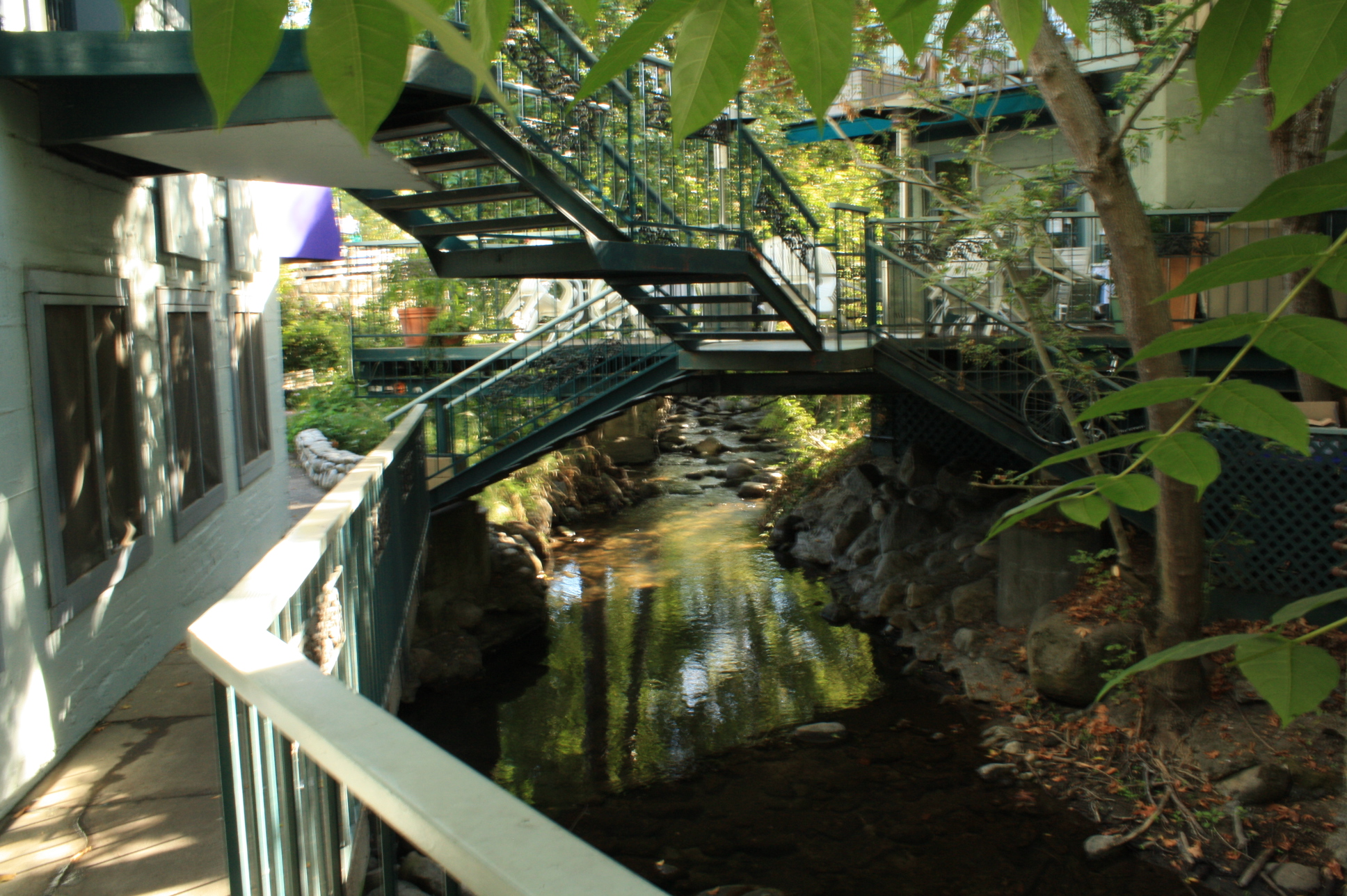 At the recently remodeled taproom, which has been through a few incarnations including the original home of Rogue, we enjoyed quaffing beers on the back patio which, according to Mills, is the biggest patio in town. Under the shade of trees and a bridge in a relaxed brookside setting, we learned about the history of Caldera and the man who made it what it is today. Caldera opened on the 4th of July of 1997. Mills informed us that the brewery sold their first keg on August 28 of that year. Fittingly, on August 28, 2009 Caldera celebrated its 12th anniversary out back on the same patio with live music and delicious hand crafted beer.

Tell us about your background with beer and what brought you to this point with brewing. 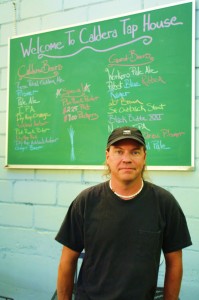 Jim MIlls: It pretty much started when I was in third grade and my cousing was homebrewing. This was probably the late 70s. He made like a dark, amber, brown sort of beer that was like 7%. Also, my dad always gave me sips of his beer growing up. And I remember tasting that and going “Oh my God, that’s real. They’re not fuckin’ around. This is the shit right here.” So from that point on, I was like, okay, homebrewing-that’s how it’s done. I moved (to Ashland) when I was 19. I was in college still. So I just started homebrewing and kept bugging the old manager here at the old Rogue brewery to give me a job. I finally got a job bartending and working in the kitchen. Then I started washing kegs for free just to learn how to brew, get in there. I was brewer’s assistant for a while. Then I was head brewer here in ’94-’95. Then in 1995, I started my business plan. The flood of ’96-’97 was here and Rogue at that point pulled all of their equipment out and it became Siskiyou Pub. It was a multi-tap, not a brewpub. We just purchased it on July 1st of this year. We did a pretty extensive remodel and opened on July 27th. 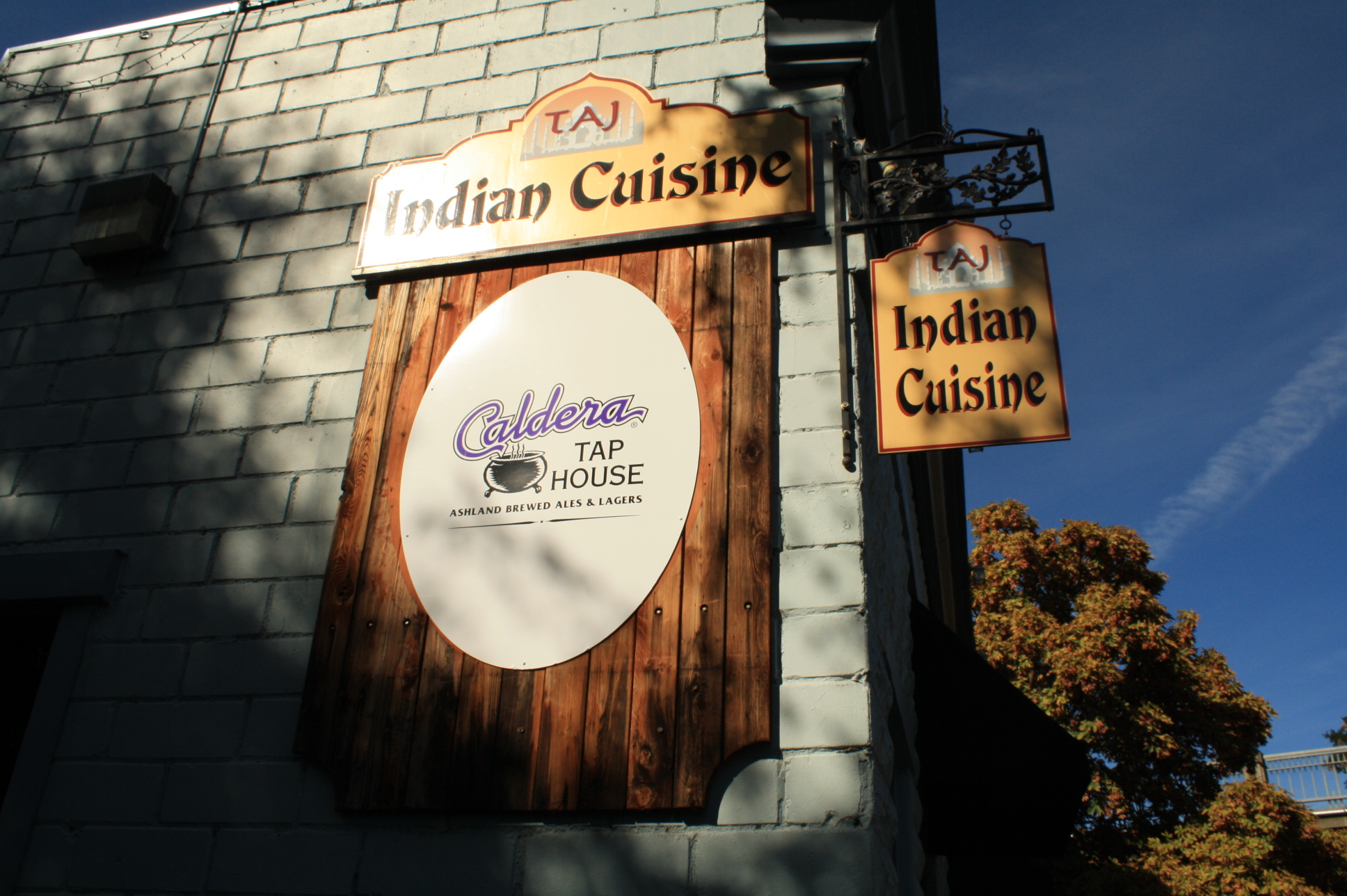 How did you settle on calling your business Caldera?

JM: It’s basically Spanish for “boiling kettle” and it’s our logo, the calderon or kettle. Since it was Spanish, it was easier to trademark (laughs). I had two other names but they were both taken so that was number three. At the time, my attourney said “I like this one better anyways.” So it was pretty cool (laughs). It’s hard as hell for some people to say. Ross from Walkabout is Australian and always says “Cal-dur-uh.”

Since you started in the 90s, how has the beer scene changed to what it is here today? 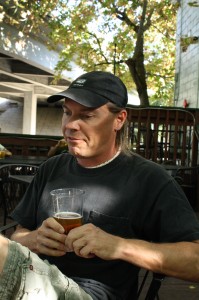 JM: One thing I noticed is that we had a strong homebrew club here and after I started Caldera, the homebrewers started dropping off one by one. They said it was just easier to buy good beer than to make it. So I’ve noticed that change because most towns have a really strong homebrew club. Portland, Eugene, and even Medford, I think, has a pretty good following. There’s hardly any homebrewers in this town. I mean, there’s a few, my electrician being one, but its not like it used to be where there was twenty guys and we’d host the meetings and whatnot. That’s one thing. I think the other thing-its not really just in this town but in general, but in Oregon and across the nation-the third wave of breweries…we’re the second wave..you know Ninkasi and some of the guys in Enterprise and whatnot…they’ve made the big guys step up. Like BridgePort is doing that Kriek now. They would have never done that ten years ago. We’ve always done off the wall beers. I think that’s what I’ve noticed. It’s a tertiary wave of brewers coming in and spurring all the other breweries to get unique and creative because that’s what the consumers are wanting right now. Like this Rose Petal beer. I don’t know how it’s going to go over, but (the consumers) just want to try something new and crazy and different. So that’s kind of the major changes, I think. 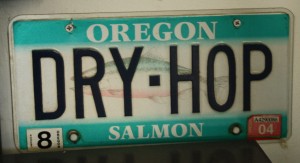 Other than the homebrews that you tried early on in life, what other beers did you try that captivated your imagination from a brewer’s perspective?

JM: Well, of course, the old standard. And when you call Sierra Nevada Pale Ale “the old standard”, it’s got to make Ken (Grossman) pretty happy and proud I guess. Using whole hops is one way I’ve modeled my brewery after Sierra Nevada. It’s a cleaner product. But I really like the fact that through all of their expansions, and they would expand like crazy, that pale ale stayed pretty much the same. This last year the hops are a little bit different, but really, for the past twenty years, it’s been spot on. So Sierra Nevada, the old standard, but also a lot of the Belgians and Germans-Lambics, German Marzens and lager beers are my favorite beer of all styles. So it’s a combination of different things.

You have a lot of imaginative styles like the Rose Petal Golden Strong Ale, the Ginger Pale Ale, the Hibiscus Ginger, and you rotate the Calderon Brew each year…

JM: Calderon brew is a Halloween beer that’s a different style every year. 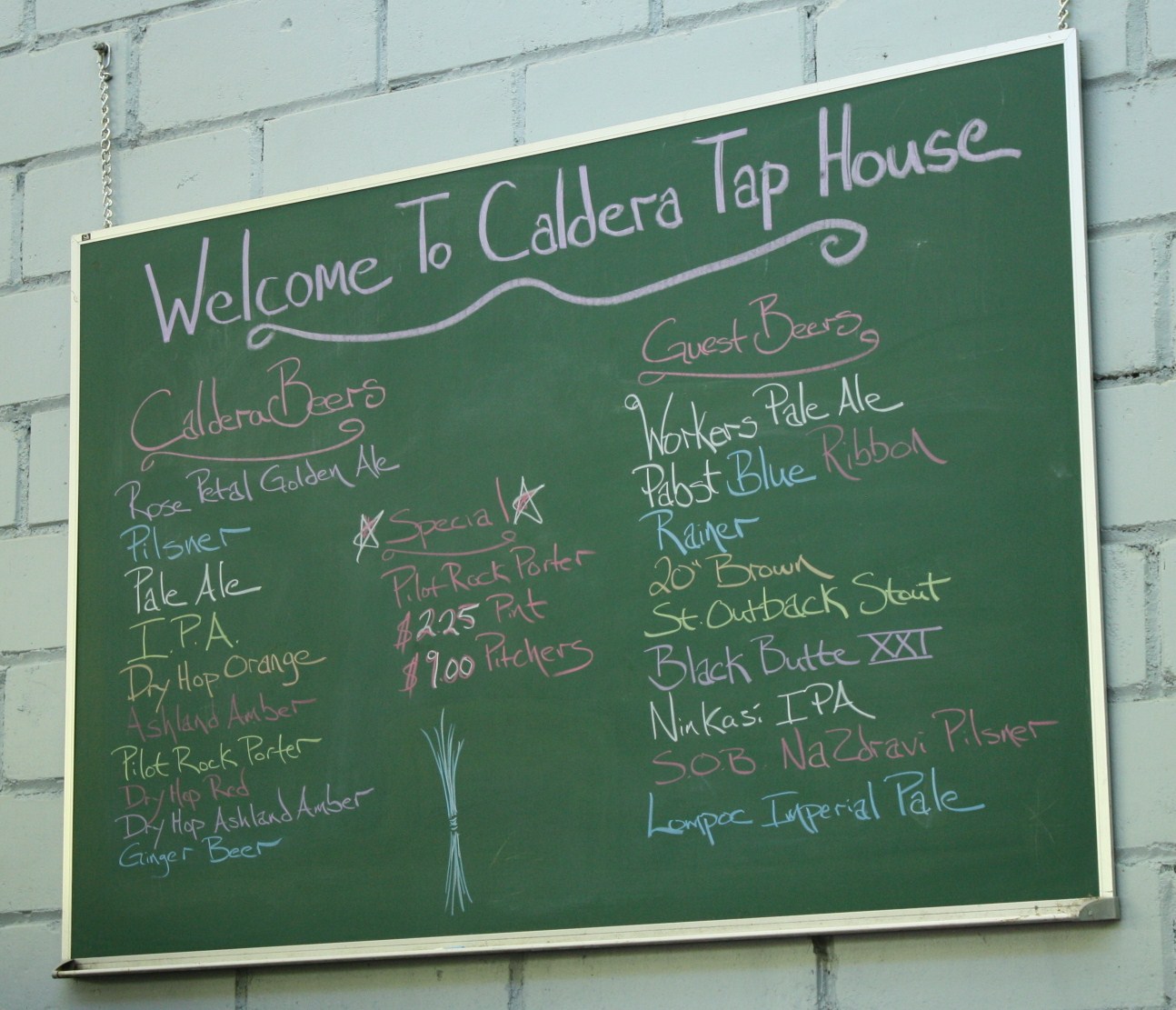 Do you have any beer styles you’ve been thinking about brewing in the future that you haven’t done before?

JM: We used to brew oatmeal stout. We’re going to brew that on Thursday. We’re going to bring that back for the pub and a couple of other accounts. We’re also going to do an IPA #2 that will be a bigger IPA like a 1.060 gravity and use all Centennial hops and we’re going to dry hop it also. We’re going to make it scream in your face, not so balanced. Southside Strong is an old strong ale we used to make and is named after the south side of Mt. Ashland. We’re going to be bringing that in the next month. We’ve also got an imperial stout. Over the years we’ve done imperial stouts differently. Last year’s was the first traditional Russian Imperial stout we’ve done. But before that we did them with pink peppercorns, lavendar, and chocolate. The year before that we did black currants, dates, and white peppercorns. And the year before that was black peppercorns we used lager yeast. So, yeah, we’re always messin’ around.

Very bold and innovative; not afraid to take some chances…that’s what we love, it’s what Brewpublic is all about!

JM: I’ve always been into experimenting with different ingredients but in the last year I’ve been super-inspired all of a sudden. But all of a sudden I was just going buck wild with the recipes.

Caldera, when we think of Oregon, has really been at the forefront of the craft beer in the can movement. How far do the cans get distributed and what go you interested in chosing cans while so many others have been using glass bottles? 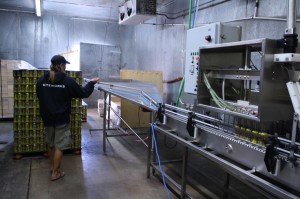 M: We are the first and only brewery in Oregon so far to use cans. We started with our Pale Ale in 2005 in the spring. The IPA was in August 2007, and just this past spring, the Ashland Amber. We chose it because up until 2005, nobody making canning lines were making small enough ones. It was either a quarter of a million dollars. Cask Brewing Systems out of Calgary came up with two small canning lines including a manual that basically we started with and is a nightmare…I never drank more beer in my entire life doing that filling one at a time…three people doing 16 cases an hour…

What about MacTarnahans? They had cans, was that similar? 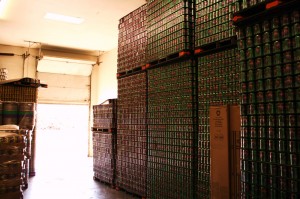 M: No, they contracted their canning out. We were the first to do it ourselves here in Oregon…the first since Blitz. So after that we got an automated system with two people doing about 60 cases an hour. So that’s a lot better. We got into canning for two reasons: the affordability of a canning line. Cans are a better package than a bottle because it completely blocks all of the sunlight out, the airs are really low. It’s lightweight, easy to recycle, easy to pack in, pack out, you can take them to beaches, poolside. There’s just so many advantages. There’s only one disadvantage, and that was educating the public that you could get good beer in a can, and we’re starting to finally do that, especially with some of these other breweries jumping on board and putting their beer in cans. The problem can also be that you’re dedicated to buying a truckload of cans at a time and they come in nine foot palates, and there’s 25 of them. So it’s a full trailor or cans. So you need to have the space to store them and most pubs don’t have the space. Some microbreweries like us have the space. 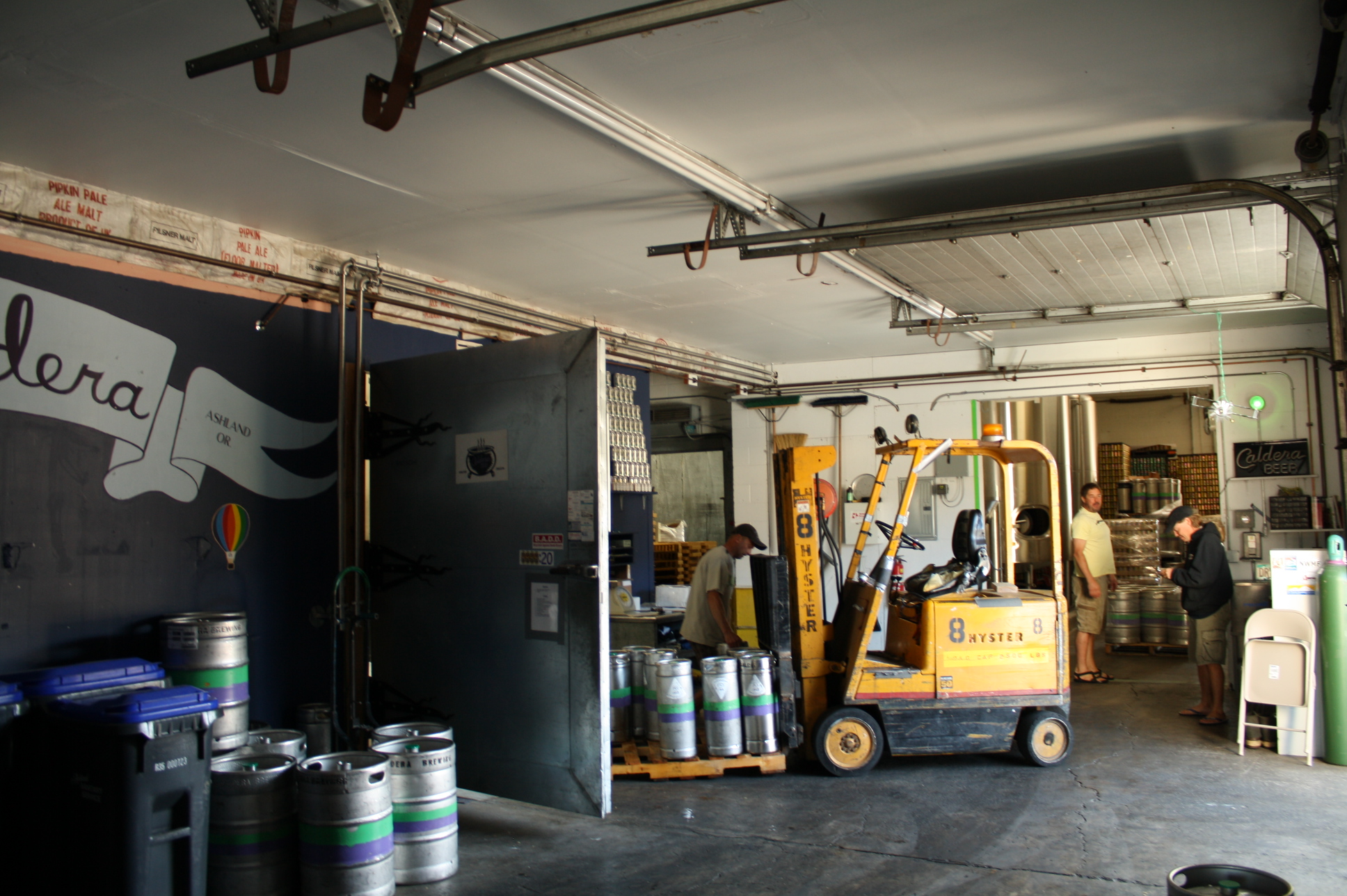 Now that Caldera has settled into a groove with their canning operation and things with the new taproom have started flowing smoothly, Mills believes he has more freedom to get nutty with some of his recipe development. So expect to see more innovative and bold brews from the Southern Oregon brewery. Mills also revealed that he will soon be launching eight different 22-ounce bottles of off-the-wall seasonal brews including the beloved rotating Calderon Brews. A ten barrel tank will continue to be used to prop up yeast and develop delectable new styles.