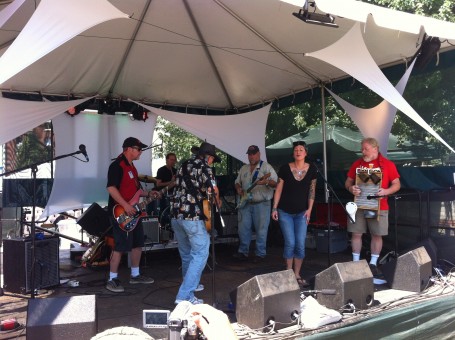 After Leaving Full Sail Brewing last year to develop the plans for his own brewing venture, John Harris has found his ideal location in North Portland. While traffic is all snarled above you on I-5 at the Fremont Bridge-Rose Quarter bottleneck, Harris will be brewing at a former auto body shop with over 14,000 square feet at North Mississippi and North Cook.

For those that want to check out his new space, Harris will be hosting an open house later this month on Sunday, April 28th from 2:00 – 4:00 pm. During this time you will be able to check out renderings of the soon to be built brewery and its floor plan. But most importantly, Harris will unveil the name of his new brewery to those in attendance. After doing so, he’ll be selling t-shirts for Portland’s most anticipated brewery opening in 2013.

Since John cannot legally serve beer just yet, this will be a non-alcoholic informative session and the opportunity to speak to Harris one on one. And if you are in need of a beer after this open house you can head a few blocks north to Amnesia Brewing or a few blocks south to Widmer’s Gasthaus Pub for a pint or two.

WHO: John Harris, brewmaster with 26 years of experience, including two years with McMenamins’ breweries, four years with Deschutes, and 20 years with Full Sail.

WHAT: Brewery and Brewpub Sneak Preview and Name Unveiling

WHY: Get an inside look at the new Portland brewery being started by an Oregon brewing pioneer, John Harris. John will be on hand to talk about the space and answer questions. There will also be renderings and floorplan displays for public viewing, and t-shirts for sale.