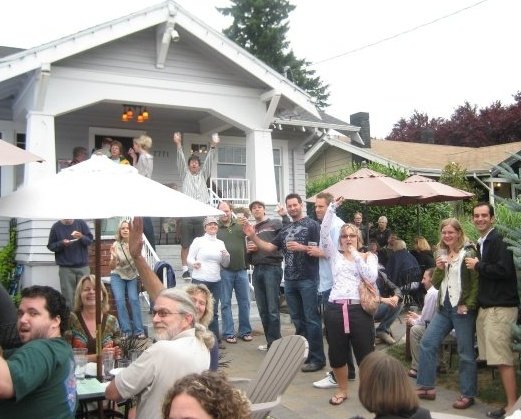 Before a Friday night violin recital and after an all day tour of Bull Run Reservoir (they do those, ya know?), I took a detour to my Southwest Portland abode.  Normally, I head right down Barbur Blvd on the #12.

I’ve never been on the #44, but this bus took me and dropped me off a few steps from Journeys (www.journeyspdx.com) in Multnomah Village.  As the title suggests, Journeys is about different places to go – and visit; many times for the beer brewed in the region.  They boast a library full of travel books, trail hiking and other excursion related activities.  Journeys beer menu includes over 50 beers (many local) and 6 always rotating taps. 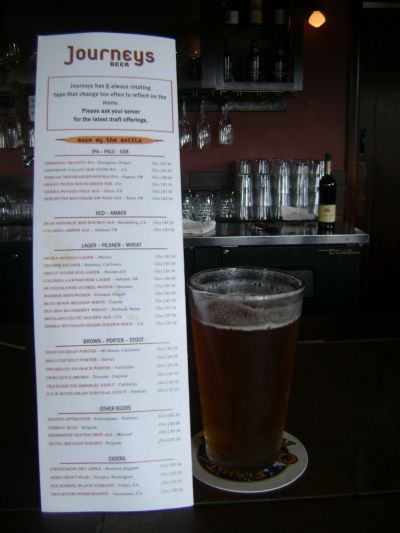 Here is a shot of their most recent pulls: 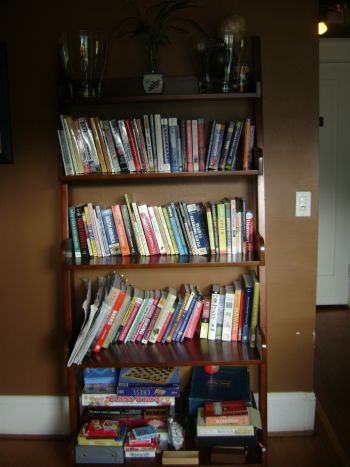 They’ve got a porch and patio for an alternative atmosphere to their slick, but laid back interior options.  The bar is inset with foreign currency from dozens of countries.

I enjoyed a North Coast Acme IPA.  This beer was a light, refreshing tantalizer after a long, wet and groggy afternoon along the Bull Run River.  So, after a tasty beer and a rest on the stool, I was quickly off to my next journey….this place I may soon visit again. 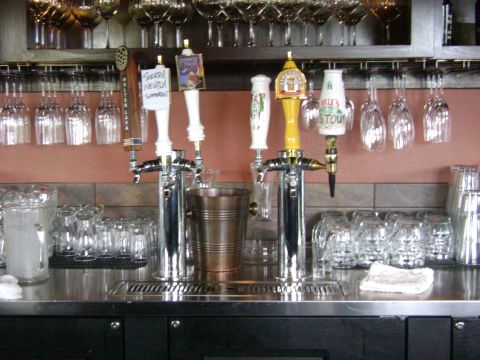 Journeys is located at 7771 SW Capitol Highway in the Multnomah Village neighborhood of Portland, Oregon.