If you are a beer geek in the Pacific Northwest, you’d have to be living under a rock to not know the importance of July for craft beer in Oregon. For the fifth consecutive year, the Oregon Brewers Guild headed by Brian 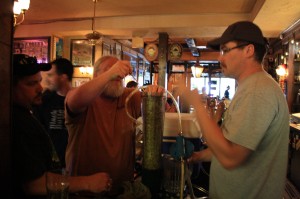 Butenschoen has organized a magnificent schedule of events to highlight the significance of craft brew in our great state. Butenschoen notes that the summer is undoubtedly the most successful month for craft brewers in the state. “It’s not surprising considering the weather here” says Butenschoen, who was on hand raffling off t-shirts and prizes at the Horse Brass Pub on the month’s kick off party. “(Craft beer) makes its peak in July and August. Since we started doing this five years ago, we’ve had a proclamation from the governor and mayor.” A parade of brewers kicks off the Oregon Brew Fest during the last weekend of July.  the inspiration was taken from the Brewers Association‘s American Craft Beer Week. For Butenschoen and others dedicated to promoting the craft that is so vital to Oregon’s economy July involves a lot of hard work but is also very much worth it. “It’s Craziness, but a good kind of crazy” he says. “The Brewer’s Dinner that kicks off the OBF is the closest thing to the brewers reception at the Great American Beer Fest. Lots of different specialty beers.” Butenschoen explains that the fest is really about the brewers. The dinner is a great way for industry people to gather in one spot in a great environment, Tom McCall Waterfront Park. “It’s more of a gathering than a sit down dinner” he says. “It’s nice to be on the river drinking good beer with friends.” 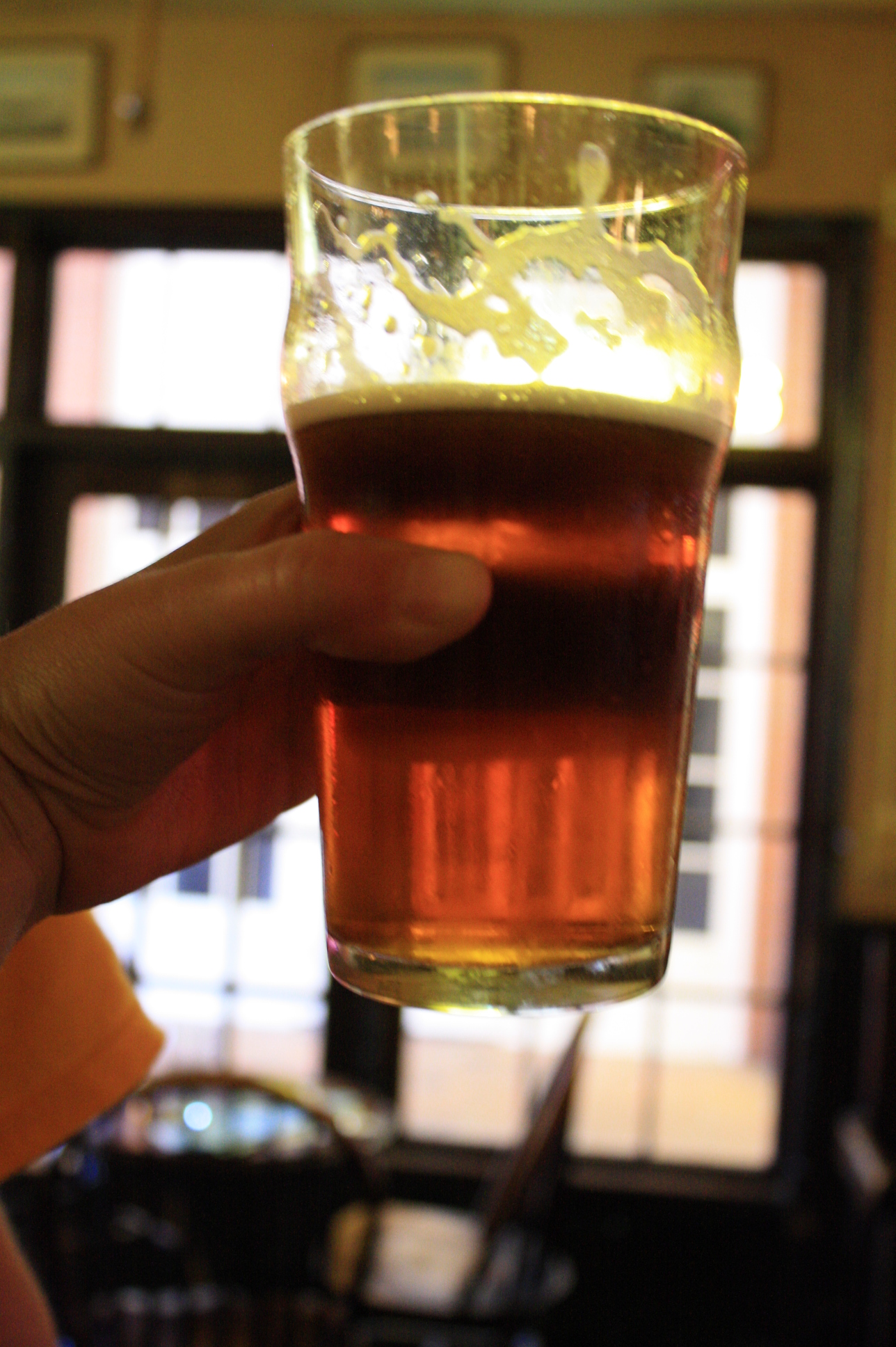 Each year, Oregon’s craft brew movement gathers momentum. More and more new breweries keep popping up across the state. Butenschoen says that from 2007 to 2008 Oregon has seen an 18% growth in barrelage during the month of July. That’s a whopping 10,000 barrels! According to Butenschoen, the success of craft beer on tap in the summer is quite significant. “About 85% of beer sold is sold in grocery stores” he says. “In Oregon, close to 40% of what is sold on tap is craft.” From a brewer’s perspective this makes the summer months a quintessential period for their livelihood.

Several publications around Oregon will feature big spreads on Craft Brewers Month including Portland, Bend, and Eugene. Across the state, several noteworthy event will be held to celebrate the impact of artisan brew for the culture and the economy.  For a comprehensive list of these events, go to the Oregon Brewers Guild website.

At the Horse Brass on July 1st, two hop randalls were installed to pump fresh hop nectar through from special kegs provided by Deschutes and Full Sail. Deschutes Cellar Door India Black Ale was marinated with whole nuggets, while Full Sail’s Grandsun of Spot Imperial IPA was enlivened by a randall full of sarache ace cones. Lots of other noteworthy brews graced the taps, including a delicious Pilsner from the guys at Double Mountain Brewing.