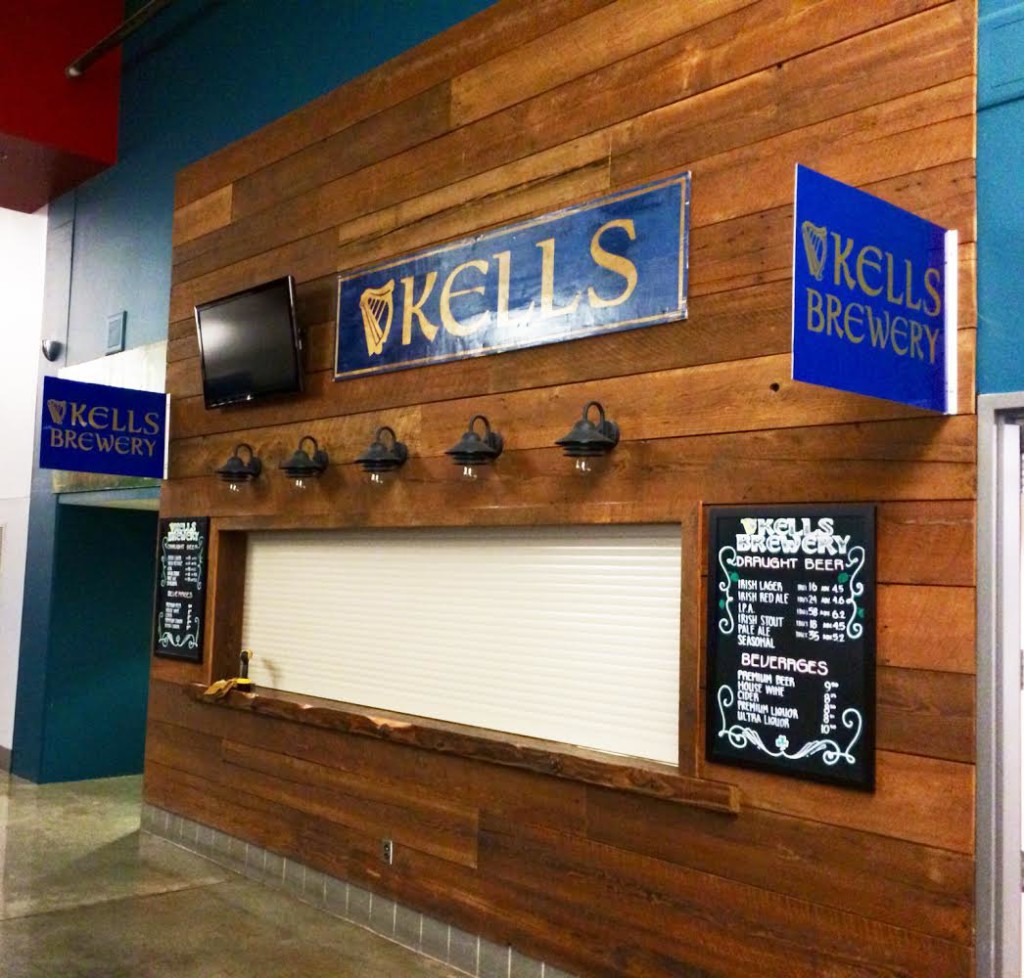 PORTLAND, Ore. – Nov. 12, 2014 – Kells Brewery at 210 NW 21st Ave. has announced a partnership with the Portland Trail Blazers that introduces the Irish brewery’s handcrafted beer to thousands of Blazer fans and craft beer lovers alike.
The local family-run restaurant and brewery has recently installed a taproom on the 300 level of the Moda Center; craft beer lovers can also find Kells beers throughout the stadium at select locations, and pre- and post-game at Dr. Jack’s, located just across the concourse from the southwest entrance.
“We chose to install a taproom in the Moda Center because, as locals, we are longtime devoted fans of the Trail Blazers,” explained Kells Brew Pub manager and lead brewer Garrett McAleese. “We are looking forward to the exposure that the partnership will bring to our beer.” 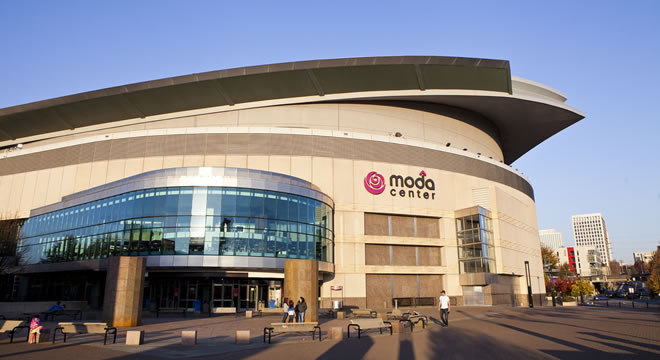 There are currently six beers on tap at the Kells Tap Room at the Moda Center, including Kells Irish Red, IPA, Lager, Pale, Fresh Hop (seasonal) and Stout. Kells has also announced plans to bottle its popular Kells Irish Red in 12-oz bottles, which will be available in early 2015.

Kells has already supported the Blazers for a number of years with its double-decker bus, transporting legions of fans to and from the games.
Kells Brewery recently won the Willamette Week Beer Pro/Am People’s Choice and Judge’s Choice award for its Boom Roasters Coffee Milk Stout, a collaboration between homebrewer Natalie Baldwin and Kells head brewer Dave Fleming that will also be served at the upcoming Holiday Ale Festival in Pioneer Courthouse Square Dec. 3 through 7.
In addition to the Moda Center taproom, Kells beers can be tasted at Kells Brew Pub in NW Portland, and at Kells Irish Pub at 210 NW 21st Ave. in downtown. For hours and additional information, visit www.kellsbrewpub.com or call 503-719-7175.
ABOUT KELLS
Serving the Northwest since 1983, Kells is a local family-run establishment that is consistently voted and ranked among the top Irish pubs in the United States. With locations in Seattle, Portland and San Francisco, it is a touchstone of each community that stays true to its roots, annually hosting the largest St. Patrick’s Day festival in the Northwest. Owners Gerard and Lucille McAleese are also recognized for their generosity to a number of nonprofits and community organizations.
Tags:Holiday Ale Fest, Kells Brew Pub, Moda Center, Oregon, Portland, Trailblazers