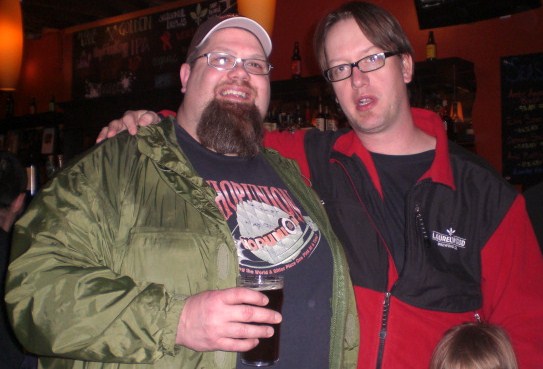 After months of planning, we’ve finally nailed down a list of the beers that will be pouring at Bailey’s Taproom for Brewpublic’s 2nd KillerBeerFest. This all goes down on Saturday October 23, 2010 starting at 4PM. We’re looking forward to seeing you there!

Astoria
Blueberry Lambic
A special Belgian-style keg for this fruity beautiful purple colored beer has made its way to Portland from Astoria. Brewer John Dalgren employed a Wyeast blend to ferment out the beer and added 165 pounds of blueberries and an additional 3.5 pounds to each keg. Brettanomyces was added along with oak chips soaked in wine barrels and aged for five months.

Prodigal Son
Bruce/Lee Porter
Rich and chocolate-y with a strong coffee flavor. This is a robust porter not for the faint of heart. Composed of five different grains, the porter features specialty malts from four different countries. Vieena and melanoidin malts provide the backbone behind the strong roasted character. 7.5% ABV, 36 IBU.