Larry Sidor has a huge passion for hops. With the experience and knowledge he gained working at a hop farm in Yakima he takes his hops seriously. To continue with the interview with Larry, we find out about his love for hops, organic and sustainability in the brewhouse and about his hoppy beers. 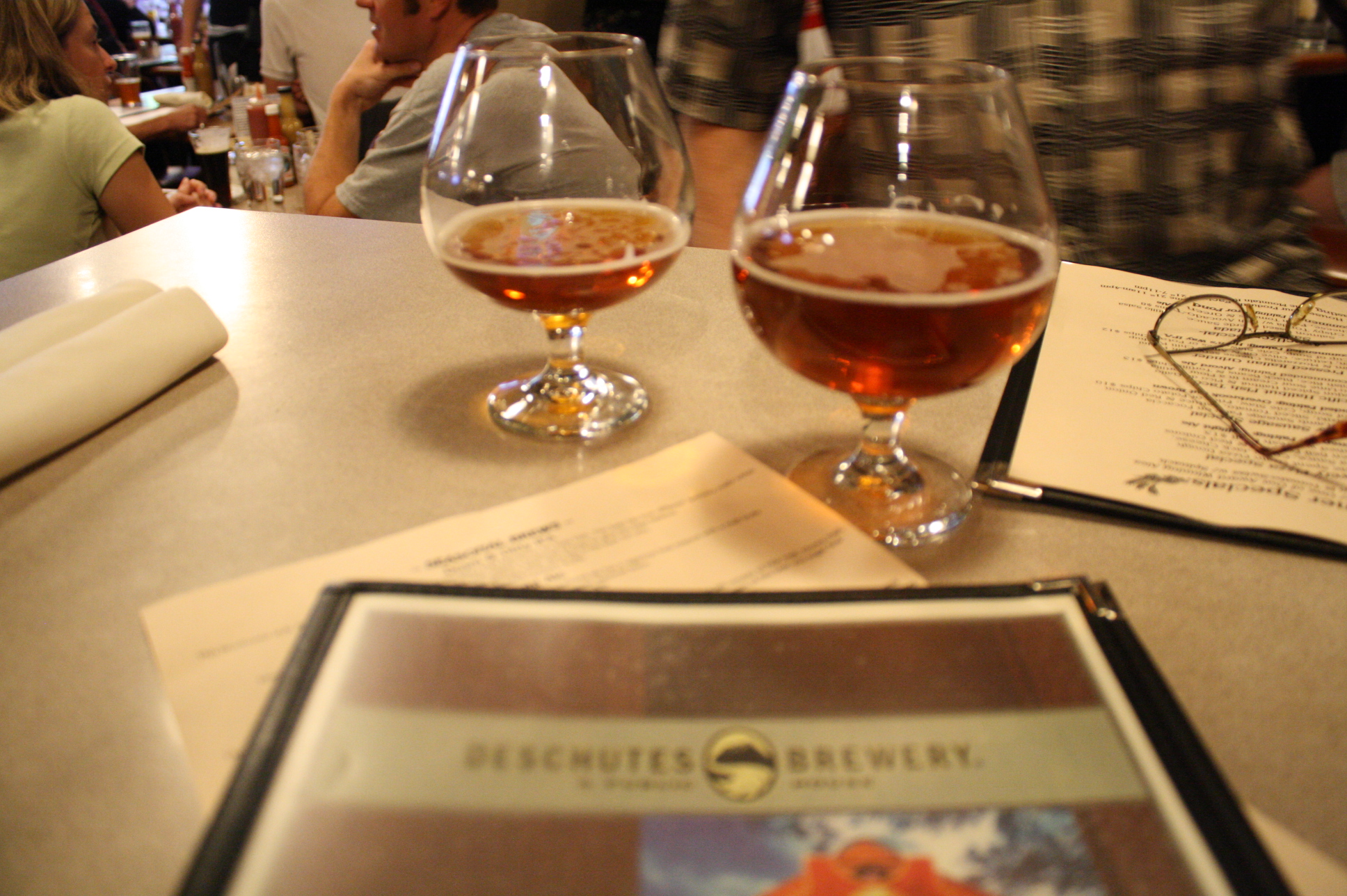 ML: You obviously have a passion for hops and capturing essences and aromas of hops. What approach to hops have you found yourself using? And how do you incorporate that into your brewing?

LS: Oh wow, it is never ending. It is cutting holes in tanks and finding places to put hops in. Dry hopping techniques, different hop products from the suppliers and I now put about 30% of our whole flower hops in foil bags just so that they don’t age and I can maintain those volatile hop compounds that we like. I keep notes from every year on what kind of hops different growers produce every year. One of the things I have pioneered is the use of Salmon Safe hops. There are two growers Goshie farms is where the discussion started and Sod Busters is the second farm. Salmon Safe hops are not organic, don’t get me wrong there, it is nothing about organic but it is more about growing the hops in a method that is best for the environment. There are set backs as to how close you can have a hop field to a stream or creek and it is about what pesticides or crop protectents they can use. There might be one that is better for the environment but more costly so the Salmon Safe organization recommends that one or maybe the other one is cheaper but has to be applied more often or something such as that. Salmon Safe doesn’t effect the volatizes like we were talking about but it separates out the growers who are the most caring and respectful and observant to the production of hops and that translate to when I rub the hops and smell them that they are the most superior.

ML: How do you see organic and sustainability coming to the brewhouse? 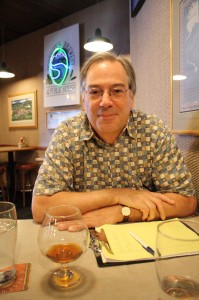 LS: It is a trend and it is going to build. One of my failures at Deschutes was to make Black Butte Porter organically. When I tried to do that, the beer just turned out horrible. That was probably five years ago or so and I have been working on organic beers since then and try to perfect them. I am very proud of our Green Lakes, which is our organic beer. But the thing that has happened, and I will talk about one side first, is that malt has just gone light years ahead. The malt that was available to me organically five years ago was pretty sketchy and today the organic malt available is just pretty nice. That is the malt side of it and I just see the sustainability of it just growing and growing. One thing I am working on right now is Salmon Safe barley. I haven’t quite figured that one out yet but I’m working on that and the way I see it is Salmon Safe barley and hops and then the next step is organic so you kind of just keep working in that direction and pretty soon you are there.

For the organic hops, well, I have pretty much just failed in that area. I brought in organic hops from New Zealand and I have not been able to make a very decent beer with them, I am just not really impressed. I have contracted with a hop grower for one variety of hops grown organically that is kind of the front end of our Green Lakes and the rest of the hops are Salmon Safe but not organic.

The Germans have done a pretty good job of organic hops and I’m going try to bring some in and see if I can start test brewing with them and maybe fit them into the Green Lakes. The way I see it is we will figure it out. Maybe not today, maybe not tomorrow, but it will get figured out. I see us expanding our use of organic malt to what level I don’t know but I would like to see the day when we are 100% organic here. But will I sacrifice our beer’s flavor to get there, no.

ML: The standard IPA for Deschutes moved from Quail Springs (a light IPA) to Inversion (an IPA w/ a more bold hop presence). What brought about the change? How did that transition go? How has that helped move Deschutes into the direction of more innovated beers (Abyss, Dissident, etc..)

LS: Regarding Quail Springs, we listened to our customers. While they appreciated the English malt backbone (Marris Otter winter barley that was floor malted) of Quail Springs and the English Hops, but at the end of the day, they wanted an American IPA. The transition went extremely well, the sales level was nearly double of our expectations. So well in fact I had to buy some hops from our friends Sierra Nevada, Odell, Alaskan, and Elysian because the hop dealers were out of what I needed. Inversion was the second largest volume new release beer that year. It was second only to a release from one of the top two volume brewers and we didn’t make the release until April!

Many of our projects have helped set the stage for beers such as Abyss. I think the defining one was Hop Trip; it began the process of expanding our vision of the beers we develop. We always want to brew beers with a significant “WOW” factor. I believe all our previous beers have this: Mirror Pond, Black Butte, Obsidian, Jubel, but in a British Ale type of way. Hop Trip was really our first beer outside of this area. Our journey to other “WOW” factor beers has just begun.

Quail Springs IPA will become a seasonal beer and should be out at the pub locations soon.

ML: How much creative control do you have in recipe development? 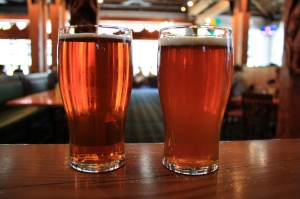 LS: The short answer is a lot. The longer answer is this is a loaded question. The words creative and control are a conflict to me. Yes I have very strict control regarding what ingredients are used and how they are used. I insure that our ingredients are safe for our consumers and they represent the integrity of Deschutes. Once we are over this first hurdle then creativity rules. Creativity is generated by finding and purchasing fantastic ingredients, developing unique processes that can be used as creativity tools, maintaining one of the world’s best beer refrigerators, and constant communication with the owner, brewers, and sales staff. Also, how much creative control do your brewers have? The brewers contribute a huge amount of creativity. We have four brewhouses and three of them are available for creativity. The two at are pubs have the greatest creativity because their inspirations can usually be sold. If a beer doesn’t meet our expectations, there’s always the sewer. There is no shame (actually it’s a celebration) when we have to dump one. It means we have pushed the envelope too far. This doesn’t happen enough to meet my expectations. Who has more? Neither, our customers are driving the boat on this one. We listen intently to feedback from our customers on the creative things we do.

ML: Are there any trends in modern brewing that you’ve noticed? (good or bad) What do you think is the new trend for brewing these days?

LS: When I first began brewing there were 23 brewing companies in the United States. At the time, someone told me in a few years there would be only two or three brewers, similar to the soft drink industry, think Coke and Pepsi. I though they were nuts. In reality their prediction was much too conservative. The consolidation trend began in the US and now is international. It looks like we will have two or three large brewers in the world making mass produced beer and the brewers such as Deschutes filling the needs of the folks who want a better beer drinking experience.

The new trend that I really like is going back to some of the old flavors. Those being the bioflavors obtained from “bugs” and “wild yeast”. The use of flavor producing bacteria and yeast is very exciting for us. Brewing of our Dissident was very rewarding. It has bioflavoring from two different Brettanomyces yeast and a few bugs that were hitchhikers that came from the fresh cherries we added. The whole brewing process took a couple of years, but the result was worth the time.

ML: Are there any things you’d like to do with brewing that you haven’t yet?

LS: Of course, I would like to push the envelope on hops to a greater level. Hop aromas and flavors are one of the most amazing food experiences in life. As brewers, I think we have only scratched the surface. I believe there are all sorts of opportunities we have not been investigated.

LS:Thanks for drinking our beers that gives us brewers a purpose in life! 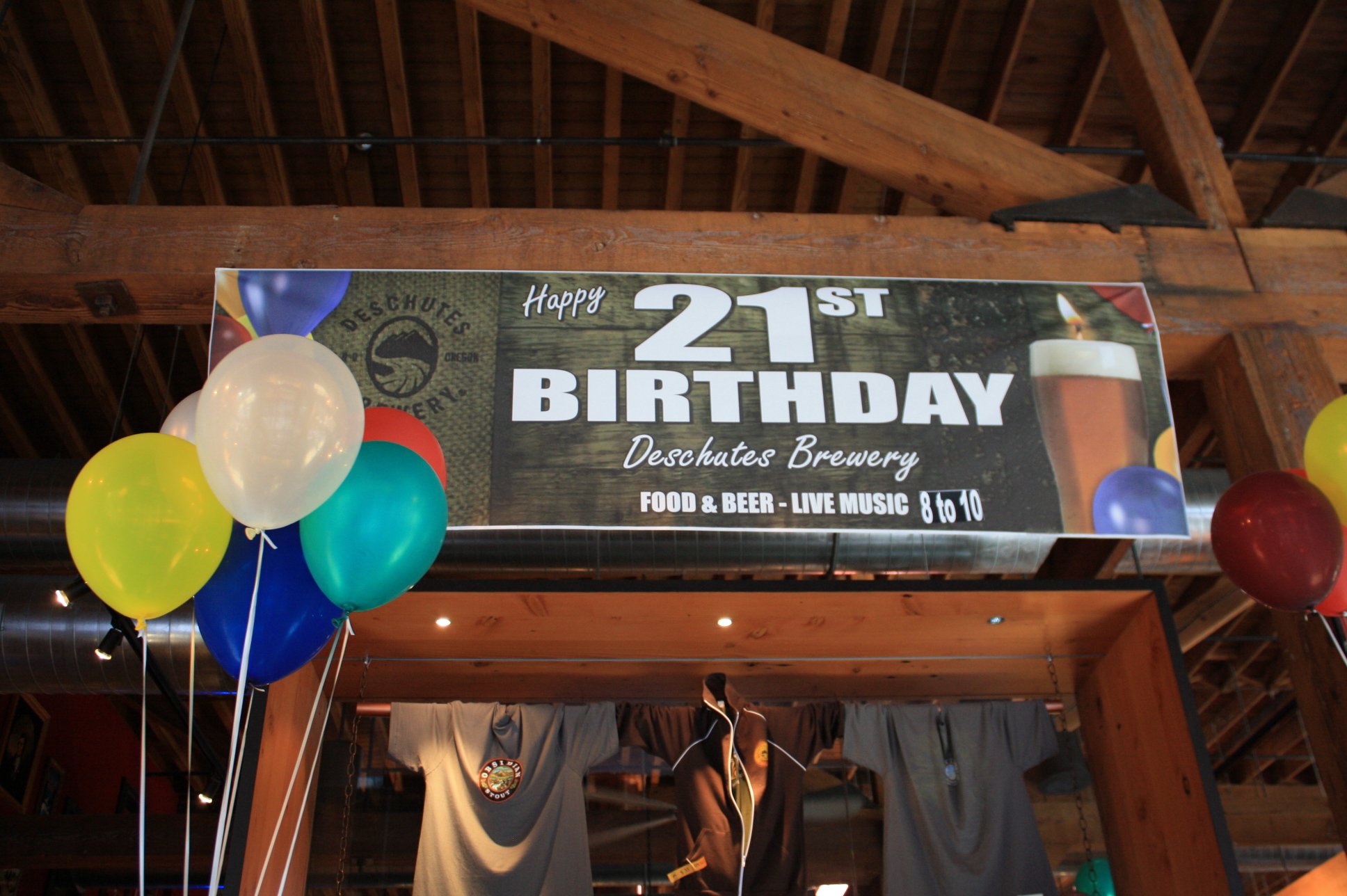