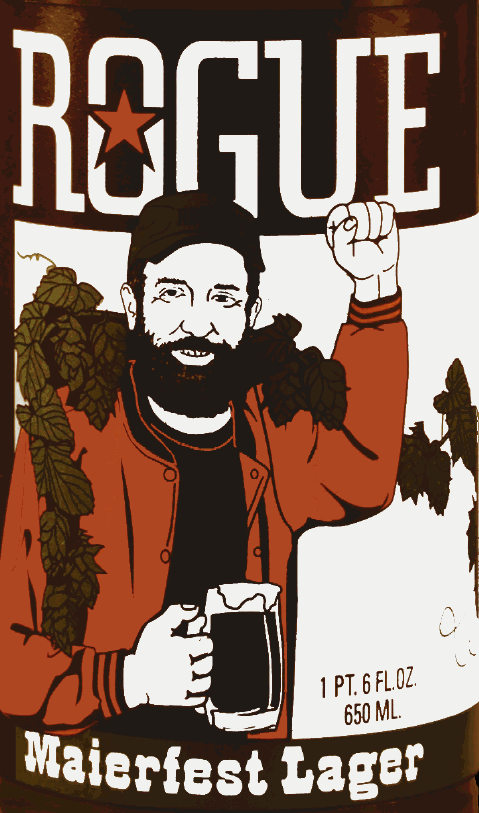 Rogue is a brewery that might be easily taken for granted. Their beer is seemingly as scopic and regnant as the common dandelion (Though I suspect the beer will show up on Antarctica sooner than the pesky yellow-flowered weed). Here is Beervana, we can forget that Rogue, despite a hard-nosed and avaricious marketing philosophy parceled in a contumacious attitude, has one of the sickest brewmeisters on the planet.

John Maier, Rogue’s mastermind brewer was gettin’ his learn on at Seibels and his brew on at Alaskan Brewery while most of today’s “brewmasters” were poopin’ in their leiderhosen and swillin’ forties of the cheap schwagbier.

Maier, a man of German ancestry, tasted several traditional German lager styles on many trips to his fatherland, and has concocted enough great ones, to entice Coors drinkers away from their roots.

According to a recent Rogue press release: 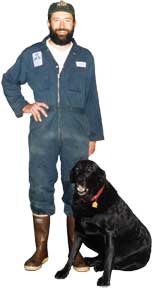 John’s Maierfest Lager is dark gold in color with a solid off-white foam stand, a rich German malt aroma and a very distinct and complex maltness with a dry finish.

Staying true to the German style, this new Rogue is brewed using a yeast which is a blend of lager strains designed to produce a rich, malty, complex and full bodied beer which provides plenty of malt character and mouth feel.

Kudos to John Maier for all he’s done for Oregon craft beer. Some of the best brews to cross our palates have included the Rogue Chocolate Stout, the Hazelnut Brown, and Dead Guy.