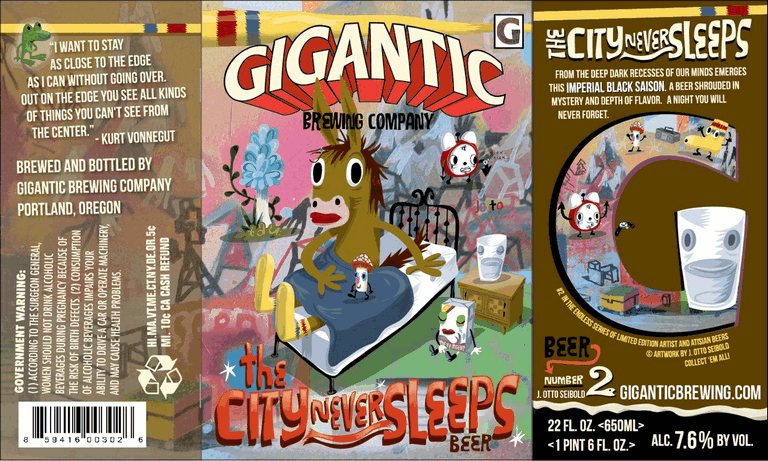 Southeast Portland’s most recent brewery, Gigantic Brewing, has just received label approval for their first two bottled beers, IPA and The City Never Sleeps. Gigantic IPA will be their only year-round beer in both 22-ounce bottles and on draft throughout Oregon, Washington, Alaska and British Columbia. The City Never Sleeps, their Imperial Black Saison will be their first 22oz bottled seasonal. This beer premiered at this year’s Portland Cheers to Belgian Beers along with winning “The People’s Choice” at the Oregon Gardens Brewfest. 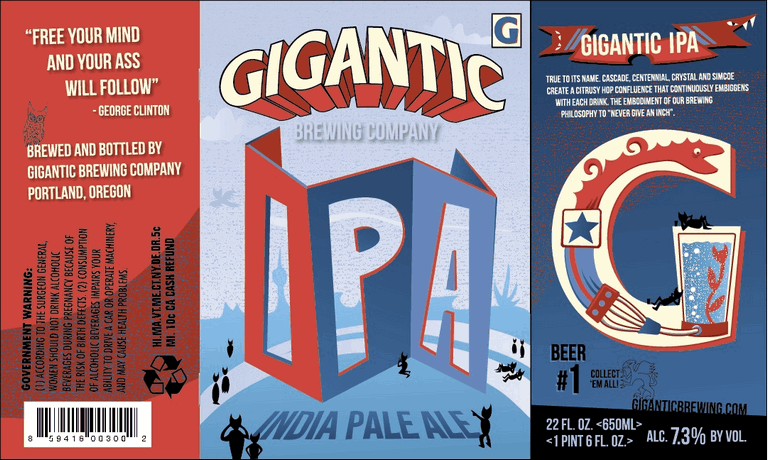 If you have not yet had the opportunity to visit Gigantic’s Tap Room & Champagne Lounge, you can “Taste The Awesome” seven days a week. Monday through Friday 3-9pm, Saturday 2-9pm and Sunday 2-8 p.m. Gigantic is located at 5224 SE 26th Avenue.