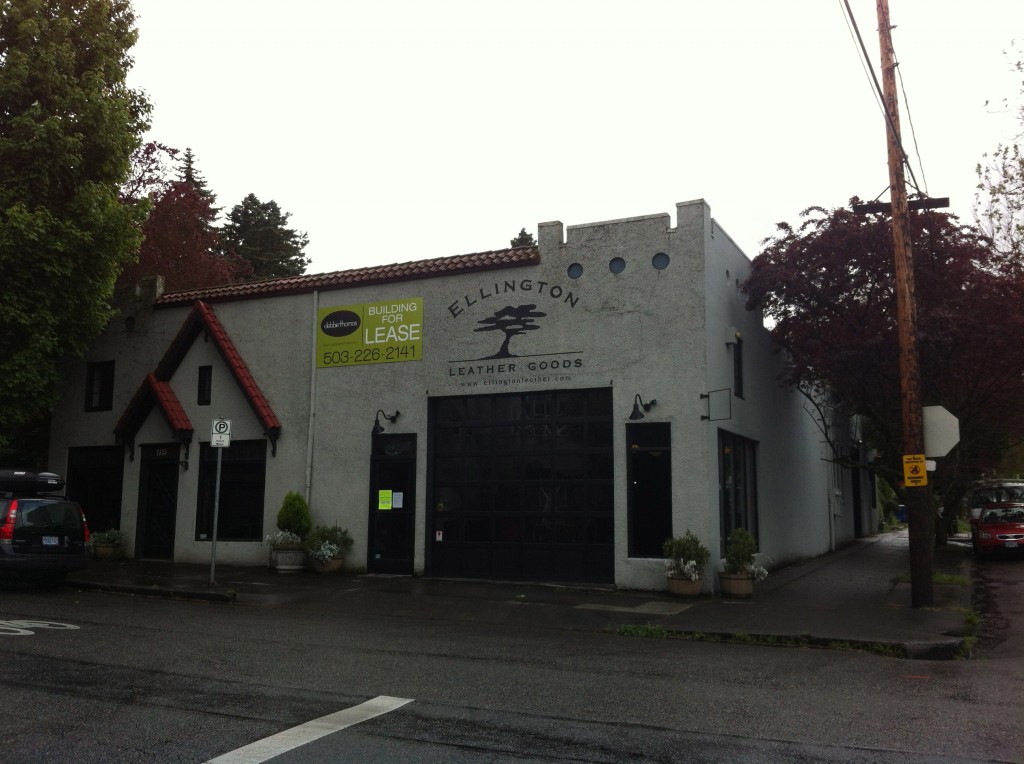 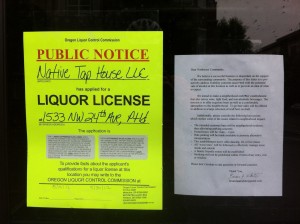 While biking back from Widmer Brewing’s tank installation on Monday morning I noticed a brand new OLCC Liquor License Application in the window at the former location of Ellington Leather Goods. Native Tap House will be located at 1533 NW 24th Ave, just one block north of Stepping Stone Café and a block west of the now defunct New Old Lompoc.

According to the sign in the window they ownership plans on making this tap house “neighborhood craft beer establishment that also serves wine, light food and non-alcoholic beverages. The mission is to offer exquisite beers as well as a comfortable atmosphere to the neighborhood. To-go beer sales will be offered in addition to a large selection of craft beer on draft.“ The ownerships other goals are to offer a family friendly venue with ample bike parking and hours from 11 a.m.-11 p.m.

Native Tap House will be a great new addition to the far Northwest Portland neighborhood that has limited choices for quality craft beer. Looking forward to checking this place out once they open.