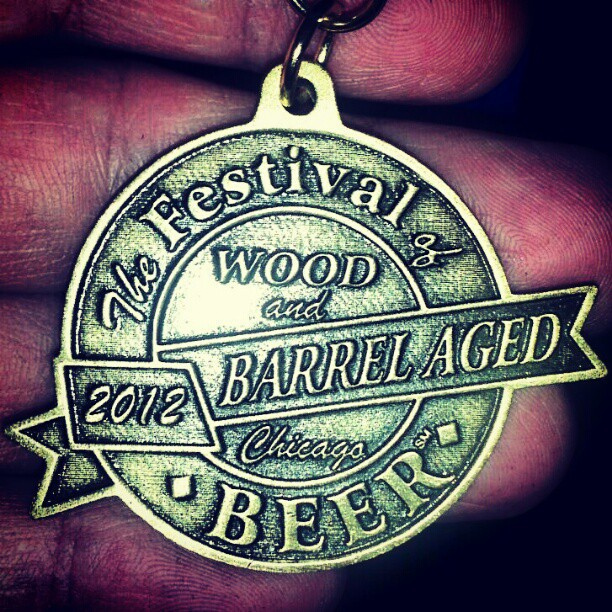 Oakshire Brewing Brewmaster Matt Van Wyk is no stranger to the Illinois craft beer scene. Before stepping into his current role orchestrating the Eugene brewery’s artisan products, Van Wyk put in time brewing at Flossmoor Station (2003-2009) outside of Chicago. An Iowa native, Van Wyk recently returned to the Midwest to attend the 10th Annual Festival of Wood and Barrel Aged Beers (FOBAB) in Chicago where he entered beer alongside a number of other nationally acclaimed breweries such as Goose Island, Lost Abbey, New Belgium, New Holland, Bear Republic, and Sun King.

FOBAB is run by the Illinois Craft Brewer’s Guild and was held this year at Chicago’s Bridgeport Art Center – Skyline Loft. 32 awards were presented at the 2012 FABOB which took place on November 17, 2012. These included three in each of ten categories (gold, silver, and bronze) and two best of show awards. 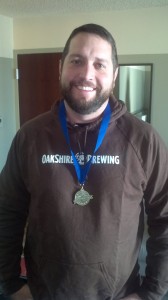 “It was pretty awesome to come back (to Chicago) and have my beer validated at a professional event.” says Van Wyk who helped with organizing earlier FOBAB events through the Illinois Guild.  “(FOBAB) is not as large GABF (Great American Beer Festival) or the World Beer Cup in scope but just as prestigious. It’s pretty rewarding.” says the Oakshire brewmaster who won a handful medals at FOBAB in the past while with Flossmoor Station.

2012 grew considerably from last year. This year’s event added a second four hour session and sold out to 2000 attendees in a day. Capped at 2000 people sold out in a day. “The organizers asked for 10 gallons or each beer this year for first time,” says Van Wyk. Last year, half that quantity were all that was required. “I couldn’t entered more beers I wanted to and was a bit more limited for this reason” said the brewer who is no stranger to small batch barrel-aged specialty brews.  Last year in Oakshire’s first participation at FOBAB, the brewer’s beers were lost after shipping making this year’s score even more rewarding.

Congratulations to Matt Van Wyk and Oakshire Brewing for their win. For a full list of 2012 FOBAB winners, visit: www.beerdownload.com/wordpress/