This past Friday, we attended an earlier release of O’Dark:30 at The Eastburn, where Van Wyk was also on hand. The new CDA is a stellar example of the emerging beer style marrying citrus and piny hops prevalent in Northwest IPAs with a robust mildly roasty malt character. Other prevalent styles of CDAs you can find around town include Hopworks Secession Black IPA and Widmer Brothers’ W ’10 Pitch Black IPA. Hopworks Ben Love was in attendance for the Eastburn release of O’Dark:30 where all proceeds from CDA purchases benefited the Leukemia and Lymphoma Society. Look for more more classic CDA styles to present themselves in the future.

Matt Van Wyk reminds us of the O’Dark:30: “Summer is fast approaching, so don’t put it off.” 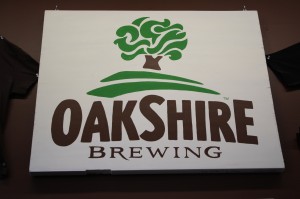