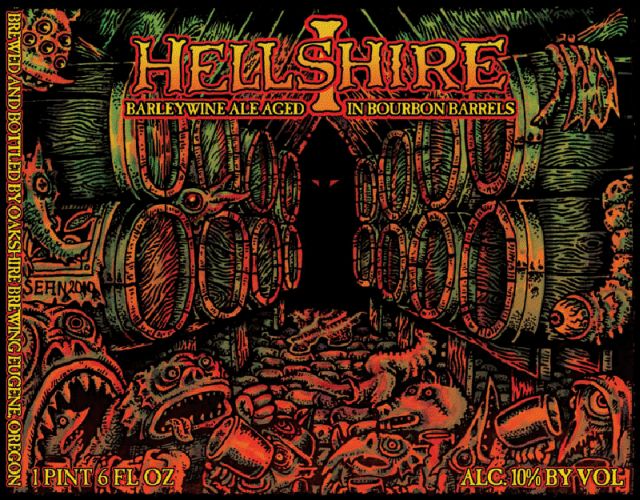 Oakshire Brewing to Release Hellshire I, Barleywine Ale aged in Bourbon Barrels on May 7th, 2011. 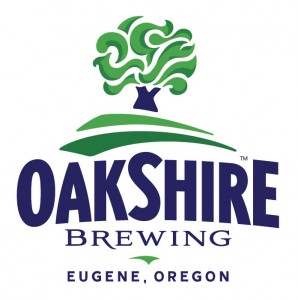 Oakshire Brewing Company of Eugene, Oregon will release its first Barrel Aged Beer under the label Hellshire on Saturday May 7th. Sales of the beer begin at 8AM at the brewery. The first beer in the Hellshire series is a Barleywine that was 100% aged in Heaven Hill Bourbon Barrels for 10 months. Notes of vanilla, coconut, oak and bourbon intertwine with the beer’s complex malt and hop character, making for a contemplative beer meant for enjoying now, or aging for months or years. It is 10% alcohol by volume and sold in 22 ounce wax dipped bottles.

“The Hellshire Beers are an exciting way for us to show our creativity at Oakshire and also layer new flavors onto already outstanding beers,” explains Brewmaster Matt Van Wyk. “We’ve collected a covey of barrels, now nearing 50, that we are aging several wild beers and spirit barrel aged beers. The future looks bright for our barrel aged beer fans.”

According to Jeff Althouse, Co-Founder of Oakshire brewing, “We believe in the artistry of craft beer and I’ve assembled a great team of brewers who are able to highlight their creative and technical skills through our Hellshire program. Led by Brewmaster Matt Van Wyk, I feel our barrel aged program will become equally as popular as our Single Batch Series and our Seasonal and Year-Round Beers.” 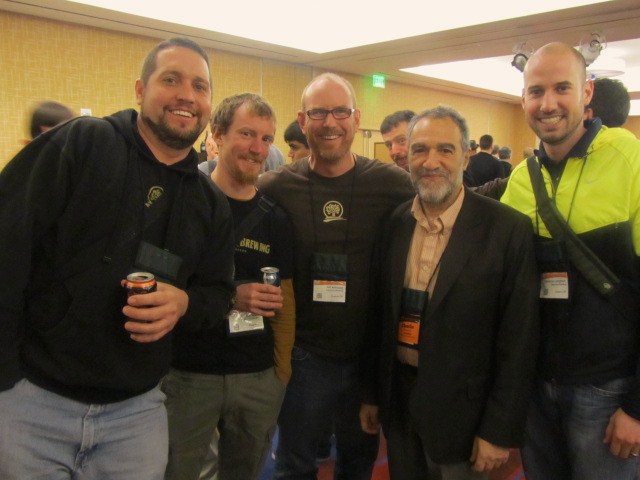 Hellshire I: Barleywine Ale aged in Bourbon Barrels will be released at a special “Brunch” party at the brewery on Saturday May 7th at the end of the inaugural Eugene Beer Week. Complimentary coffee, live local music, and a local food cart serving breakfast sandwiches will be available from 8AM-noon. All of Oakshire’s beers will be sampled and pints, growlers, and kegs will be available for purchase. 22 ounce, wax dipped bottles of this special beer will sell for $15 and supplies are limited. Depending on the demand on Hellshire Day, there may be some available for Oakshire’s distribution partners around Oregon.

About Oakshire Brewing Company: Oakshire Brewing Company of Eugene, OR was founded in October 2006 by Native Oregonian brothers Jeff and Chris Althouse. With the goals of brewing the highest quality artisan beer and providing the highest level of service to their customers, Oakshire has become recognized for consistently brewing fresh, unique and delicious beers in relatively small batches. Oakshire’s website is http://oakbrew.com and they also offer brewery tours and beer tasting at their brewery every Saturday from 12-4pm. The brewery is located at 1055 Madera Street in Eugene. They can be reached at info@oakbrew.com or at (541) 688-4555