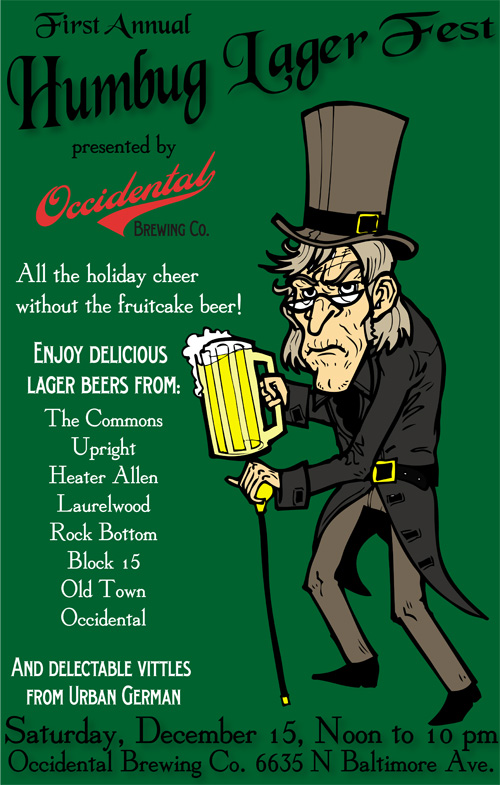 Occidental Brewing Co. is putting on the first Humbug Lager Fest. The small festival, which will be held December 15 at Occidental will feature delicious lager beers from several Oregon breweries.

With tongue firmly planted in cheek, Occidental decided it was time to offer Portland beer enthusiasts a respite from fruitcake beers this holiday season. This Fest, sure to be the first in an annual tradition, will give quaffers an opportunity to enjoy crisp, clean lagers from the Commons, Upright, Heater Allen, Laurelwood, Rock Bottom, Block 15, Old Town, and of course, Occidental.

There is no admission fee to this indoor festival, and full pours will be available in addition to tasters. Beer will be served in glass.

While slaking your thirst with these marvelous lagers, fill your belly with the hearty cuisine of Urban
German and enjoy tunes spun by DJ’s (perhaps a ‘celebrity’ or two?).

We hope to see you there! 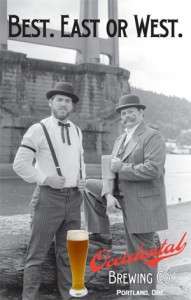