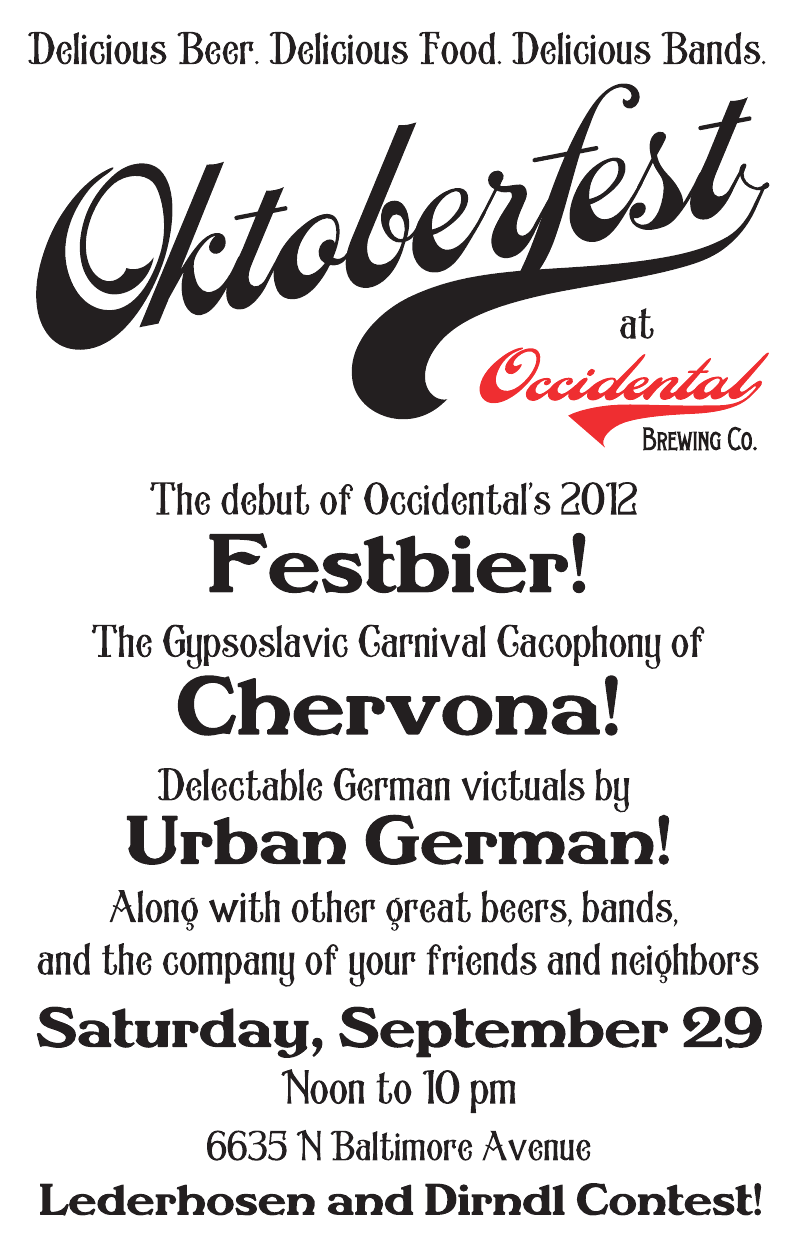 Occidental Brewing is an Oregon brewery that is known around the greater Portland area for their signature German-inspired artisan brews. For the second consecutive year running, the young brewery led by uncle-nephew team Dan and Ben Engler will throw an Oktoberfest bash outside of their St. Johns facilities near Cathedral Park under the St. Johns bridge. Live music, German food, and more. Get into the spirit of things with Occidental on September 29, 2012. Here’s the details from the Engler boys:

Occidental Brewing Co. will host its second annual Oktoberfest Saturday, September 29, from noon
to 10 PM. Following last year’s successful event, we expect even more folks to join us for the release
of our 2012 Festbier as well as live music and great German food.

This year’s Festbier will be a rich yet quaffable lager in the old tradition of Oktoberfest beers before
light colors and flavors began to dominate the style. German noble hops will provide a delicate hop
character to pair with a firm malt profile featuring Munich and Vienna malts. Also on offer will be
Occidental’s regular lineup of German-inspired brews. Hmmm, beer… 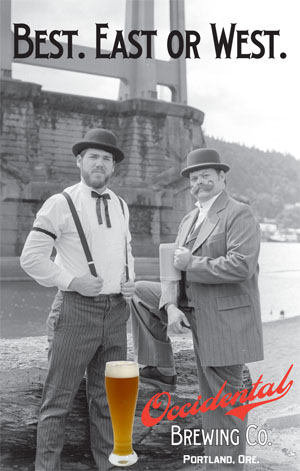 Portland stars of the Euroslav gypsy scene, Chervona, return to headline with their wild, russo-roma-balko dance party. Other musical guests will perform throughout the day.

Urban German will be on hand to feed our hungry revellers this year with an amazing menu of German snacks and entrees, including sausages, roast, spätzle, pretzels and more.

Just as last year, the fest takes place at the brewery and the adjacent courtyard at Cathedral Park Place near the base of the St. Johns Bridge and beautiful Cathedral Park, 6635 N Baltimore Ave. Theevent is free to attend, and minors are welcome.

Please join us for great beer, food, music, and company.