Brewed by Widmer Brothers Brewing in Portland, Ore., Omission beers are brewed using a proprietary brewing process to reduce the gluten levels to well below the widely accepted international gluten-free standard of 20 parts per million (ppm) for food and beverages. The international gluten-free standard was set forth by the Codex Alimentarius Commission, which was created in 1963 by the Food and Agriculture Organization of the United Nations and the World Health Organization. 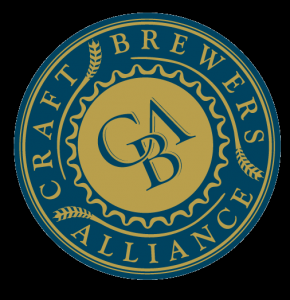 “Omission Lager and Omission Pale Ale are great examples of their respective styles,” said Joe Casey, Widmer Brothers brewmaster. “The lager is brewed in the traditional lager style and the pale ale is a true American style pale. We’re excited that these two beers will allow more people to enjoy a great craft beer experience.”

Omission Lager and Omission Pale Ale have a suggested retail price of $9.99 per six-pack and are now available in 12-ounce bottles at the Widmer Brothers Gasthaus Pub, and at retailers and bars throughout Oregon.

Each batch of Omission Beer is tested by an independent lab, Eurofins Scientific, the world leader in food and pharmaceutical products testing, to ensure that all Omission beers contain well below the international gluten-free standard of 20 ppm of gluten. Gluten levels in Omission beers are tested using the R5 competitive ELISA test. Beer is not released to consumers until test results are received and after an extended quality assurance hold.

Each bottle of Omission beer is stamped with a date code indicating when it was brewed and bottled. Consumers are encouraged to visit www.OmissionTests.com, where they can enter the code from their bottle and view their beer’s R5 competitive ELISA test results.

Omission Beer is a new brand of gluten-free craft beers, available only in Oregon. Brewed by Widmer Brothers Brewing in Portland, Ore., Omission is the first craft beer brand in the United States focused exclusively on brewing great-tasting craft beers with traditional beer ingredients, including malted barley, that are specially crafted to be gluten-free. Each batch of Omission Beer is tested using the R5 competitive ELISA test to ensure that it contains gluten levels that are well below the international standard for gluten-free of 20 ppm. Drinking is believing.

Craft Brew Alliance was formed with the merger of leading Pacific Northwest craft brewers Widmer Brothers Brewing and Redhook Ale Brewery in 2008. With an eye toward preserving and growing one-of-a-kind craft beers and brands, CBA was joined by Kona Brewing Company in 2010. For more information about CBA, visit www.craftbrew.com.