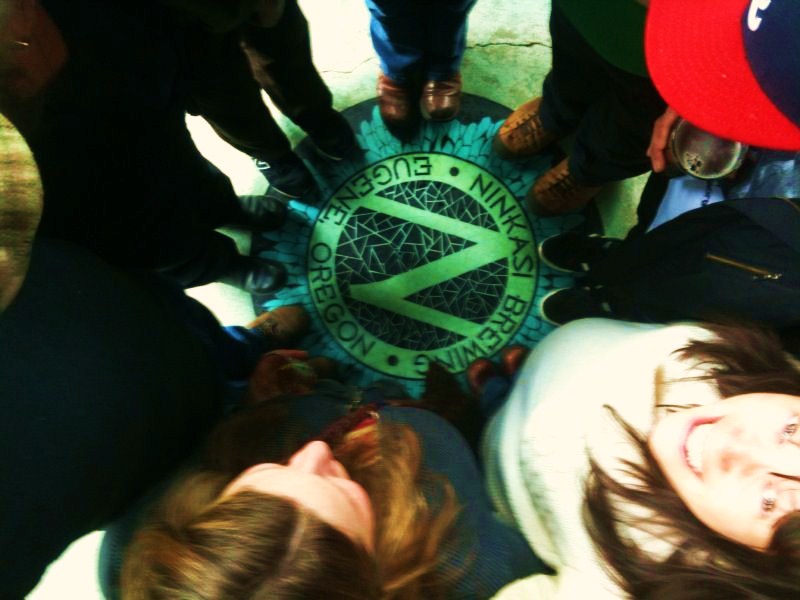 The New York Times recently featured an article by Eric Smillie outlining some great Pacific Northwest destinations for craft beer. In the snippetous piece, three Oregon beer hot spots were mentioned including Saraveza and Belmont Station of Portland and Bier Stein of Eugene. One can probably expect more and more recognition come to the region considering how great our beer is here.

On Saraveza, a proud sponsor of Brewpublic:

To accentuate the mildly spicy curried lamb and cauliflower creation on a recent menu, Sarah Pederson, the owner, recommended a lightly hopped pale ale from Amnesia Brewing in Portland. Then she said other pairings were possible: “It depends how you’re trying to drink and how you’re trying to eat.”

…more than 1,200 different beers alongside a 26-seat taproom, offers one or two free tastings a week. “Over the course of the year you can taste well better than 500 bottled beers,” said Carl Singmaster, the owner.

…an unassuming spot where ties are next to tie-dyes, Cypress Grove Chevre Creamery’s rich Truffle Tremor goat cheese sat next to a barleywine, a heady ale that clocks in at around 10 percent alcohol, from Ninkasi Brewing Company.