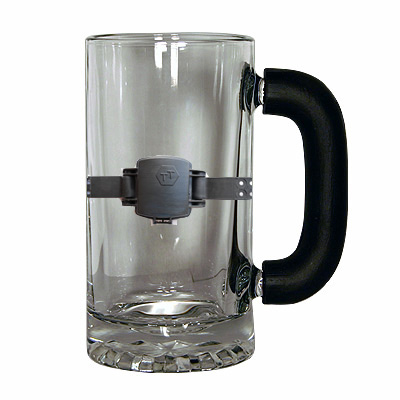 Many Oregonians were recently shocked to hear that a new interpretation of a 30-year-old law has shut down the Oregon State Fair homebrew and home winemaking competition.  Here is an article from KATU.com outlining the recent happenings.

In a nutshell, the law states that homebrew and homemade wine are only legal for the “making or keeping of naturally fermented wines and fruit juices or beer in the home, for home consumption and not for sale.”  This is very vague and simplistic language, but if taken literally (and unimaginatively, in my opinion), someone could interpret that as being legal to brew and drink only in the brewer’s home.

To the average homebrewer or beer geek, it may feel like a Gestapo-like crackdown has occurred in the land of Beervana.  It almost feels like we’ve stepped into a “Bizarro World” where neo-prohibitionism is right around the corner, but the situation is more nuanced than that.  And, what would surprise most homebrewers is that the OLCC is sympathetic to our issues.  They understand the importance of homebrewing as a tradition and an Oregon cultural benchmark. They want to see homebrew competitions take place, and are working to help write new laws that will clarify the old language to support our events. 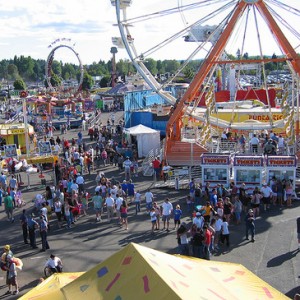 I spoke with Christie Scott, the Public Affairs Specialist of the OLCC about the situation.  According to her, the OLCC received many inquiries recently from different groups that were organizing homebrew competitions, inquiring as to the actual legality of their events.  One of these was the Oregon State Fair.  The actual legal interpretation of the 30-year-old law was made by the Oregon Department of Justice, not the OLCC. The OLCC then informed the Oregon State Fair that yes, according to the Justice Department the homebrew competition was actually illegal, and the State Fair made the decision not to have the homebrew competition.

Here is a written response from the OLCC on their Facebook page.

Christie Scott says the OLCC is not looking to bust homebrew competitions or clubs for holding events.  But, they operate on a “complaint based” system, and would be required to investigate any complaints they receive.  This could spell trouble especially for any bar or brewery hosting a homebrew event, as it could jeopardize their brewing or liquor license.  This has major immediate repercussions for most homebrewers.  Two local homebrew clubs, The Oregon Brew Crew and PDX Brewers have already sent out notices to members that until further notice, no homebrew is to be brought to meetings.  The OBC Fall Classic homebrew competition has also been canceled this year, and Alameda, the brewery where I work, will have to postpone a homebrew competition that we were planning to hold in September.

A coalition of Oregon homebrew clubs and the AHA (Link: http://www.homebrewersassociation.org/) are working with the OLCC, and state legislators (specifically Representative Mike Schaufler and Senator Floyd Prozanski) to introduce new laws that will allow homebrewers to transport their beers outside of the home. The AHA has experience in legal advocacy for homebrewers (they just helped pass a similar law in Washington last year).  But, the next Oregon legislative session is not until January of 2011.  That means no homebrew comps until next year.  More importantly than the loss of competitions, what will a homebrew club meeting look like without homebrew?  It’s a sad situation, and only time will tell how the clubs will deal with it in the mean time.

Some homebrewers have already decided to take matters into their own hands by organizing events that are not officially affiliated with a club or a business.  I think this is commendable and really speaks to the “DIY” spirit of the hobby.  I hope to see more events organized in homes, and who knows what the lean times may inspire in us?  Maybe certain clubs will shift their events to home or non-business environments for the remainder of the year.  It would be hard to do with a club of 100+ members, but easy to do for a meeting of 20 or so people.

Until next year, I propose that we all just stop peeling the labels off of our re-used commercial bottles.  That ought to throw any law enforcement entities for a loop.