Last weekend on our action packed travel to Corvallis, we learned that the college town was about more than just Oregon State Beavers and their prosperous Division 1 sports programs. The seat of Benton County, Corvallis is home to over 50,000 people as well as a thriving craft beer community.

Orange and black lights up the streets where the Beaver faithful seem to never waiver from cheering on their favorite school. In fact Oregon State University offers a Fermentation Science option that is approved by the Institute of Food Technologists program. In recent news, Indie Hops, an Oregon  supplier of aroma hops, donated $807,000 toward a new program for aroma hop research at the university in the College of Agricultural Sciences. In total, the hops merchant has provided over $1 million toward hops breeding and chemistry research. This is not only good news for OSU and Oregon, but it’s great news for much of the North American craft beer community. 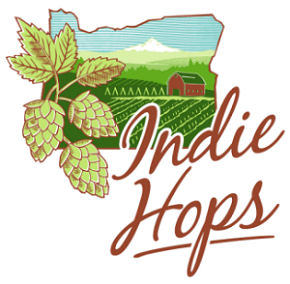 Besides being a major player in the Willamette Valley’s beer ingredient realm, Corvallis is home to three commercial breweries (soon to be four) and a homebrewing supply and bottle shop. 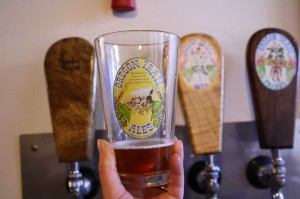 regon Trail Brewery is the city’s oldest craft brewery. Originally founded in 1987 by homebrewer Jerry Shadomy behind the same space that today still houses the Old World Deli in a spacious old hotel building erected in 1910. With the help of building owner Ted Cox, who also ran a homebrewing supply shop in the space, Shadomy was successful in getting the first incarnation of Oregon Trail up and running. This was at a time when the only other commercial breweries in Oregon were BridgePort and Widmer in Portland. In 1989, Oregon Trail’s Brown Ale was awarded a Beer of the Year award by Fred Eckhardt, who was the Oregonian’s beer columnist at the time. 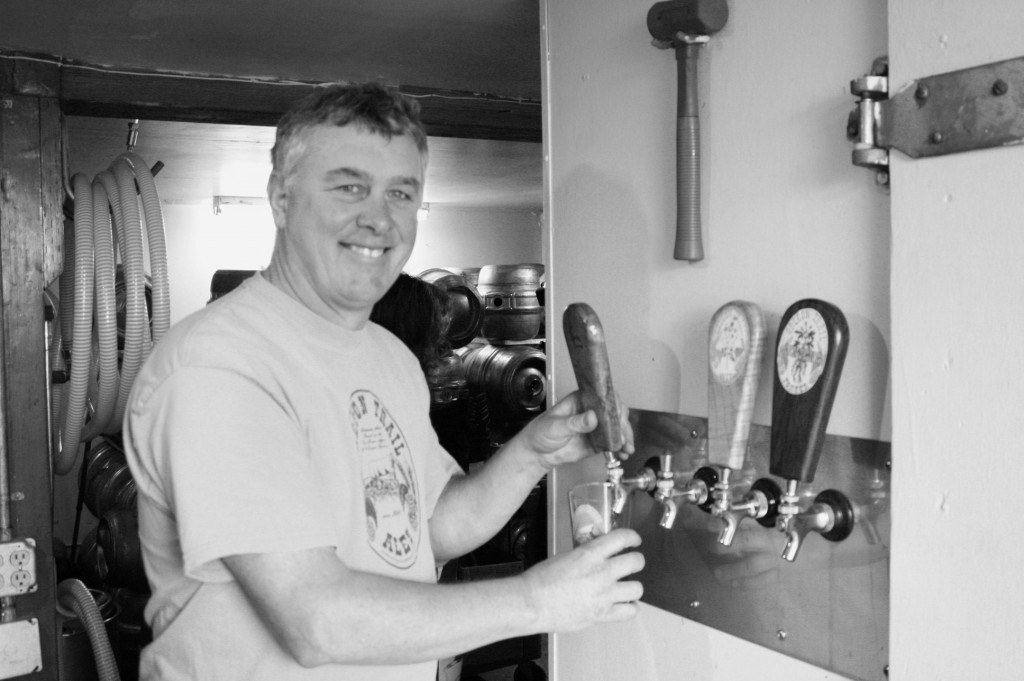 In an interesting setting where three tiers of gravity-drawn brewing aided in the production of local beer. The 7-barrel brew system was obtained from Hart Brewing of Kalama, WA (later to become Pyramid Brewing).   In 1991, current owner Dave Wills, a supplier of hops for the brewery from his company Freshops, bought out Shadomy though he had little hand in the initial brewing process. Shortly after expanding from around 300 barrels to over 1000 annually, a series of personal problems for Shadomy and some unwanted bacterial infections in the beer led to the brewery’s closure in 1992. 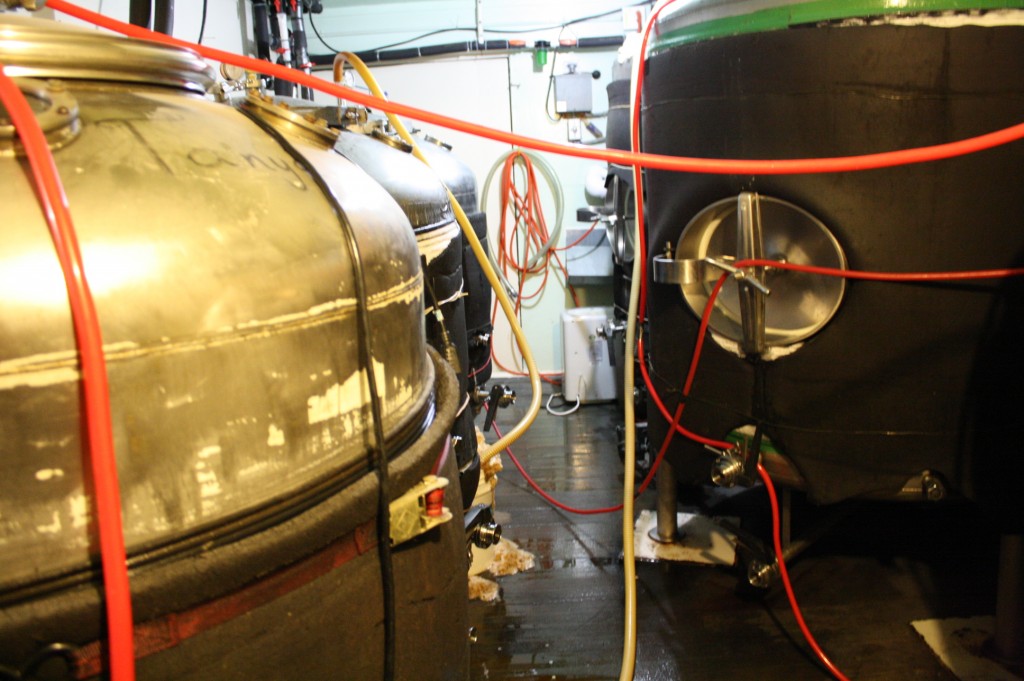 In 1993, Wills took the reigns for Oregon Trail, and with the help of Jerry Bockmore, a founder of the now defunct Yamhill Brewing Company (where today resides the Green Dragon Pub and Bistro), a talented area brewer, found the money and energy to rebuild the great brewhouse. Their revitalized Oregon Witbier with orange peel and coriander spice was quite popular in a world of wheat and fruit beer. At the time, the beers were available in 22 ounce bottles, and in 1994 and 1995, Oregon Trail’s brown ale scored a silver medal at the GABF (Great American Beer Festival) in the heyday of Pete’s Wicked. 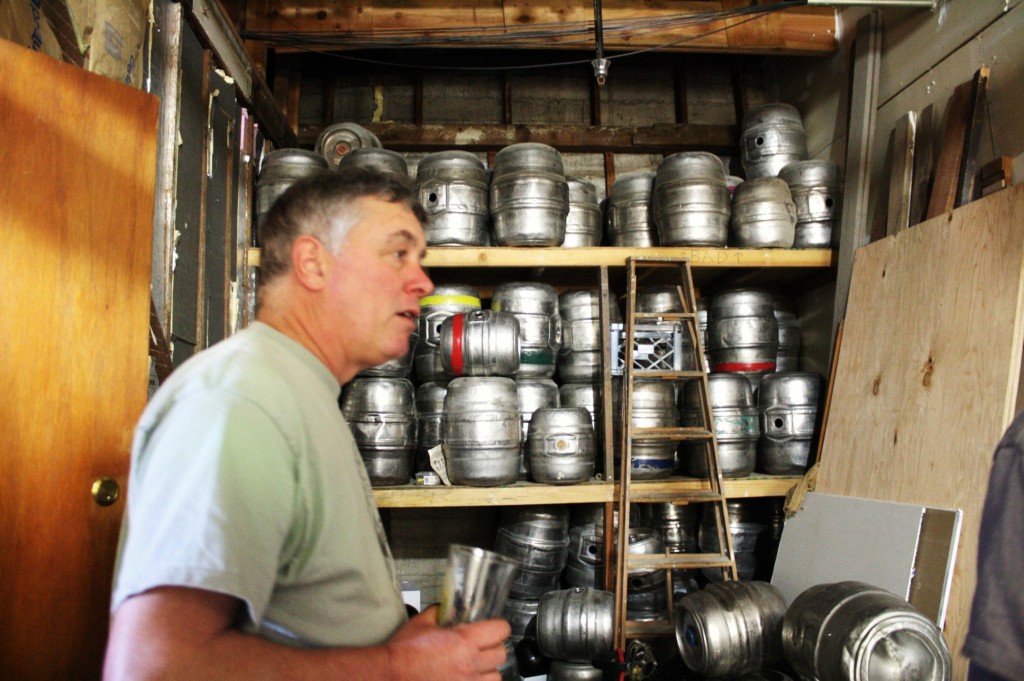 Today, Wills continues his entrepreneurial spirit by running multiple businesses including his Freshops company that he’s been at since 1982, and a Christmas tree farm. The current production of the brewhouse is about 500 barrels a year, about 90% of this being on draft, and a small percentage being the Wit in 22’s. 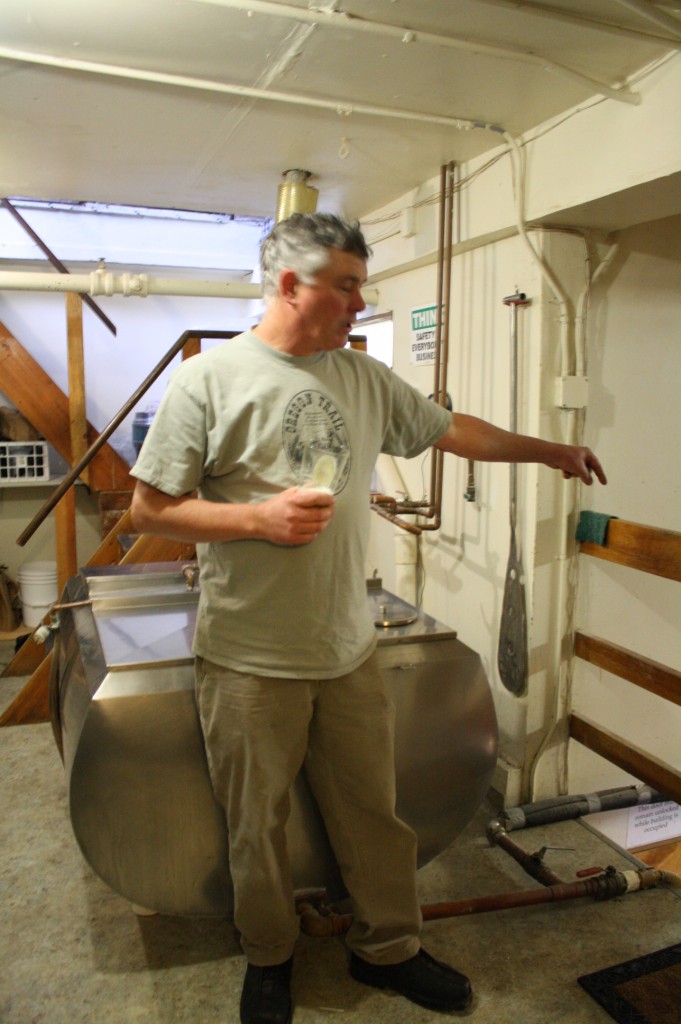 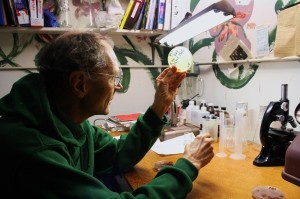 During our visit to the garret, we met Don Pfeifer, a retired microbiologist who is serving as Oregon Trail’s lab tech. Pfeifer was taking plate counts and continuing assurance that the brewery doesn’t fall victim to the contamination issues of the past.

Before leaving brewery the jovial and spirited Wills provided samples of his flagship Wit as well as a chewy and robust  Brown Ale, a distinctly flavorsome Ginseng Porter, and a particularly less assertive, light IPA. We were also able to talk him into a pour of the Bourbon Porter, a rich, boozy, bourbon-forward highly sought after beer.

Thanks to Dave Wills, Don Pfeifer, and Lillian MacNamara for taking time to show us a piece of Oregon brewing history. We hope to see the brewery continue to grow and perhaps once again find themselves on the stage of the GABF.

Thanks also to  Melinda Stewart the kind folks at Visit Corvallis who arranged our meeting with Wills and aided in our trip to Corvallis.

For more on the history of the Oregon Trail Brewery, visit: http://www.oregontrailbrewery.com/index.php?s=history

Here is a video from Oregon Trail we found on their website: