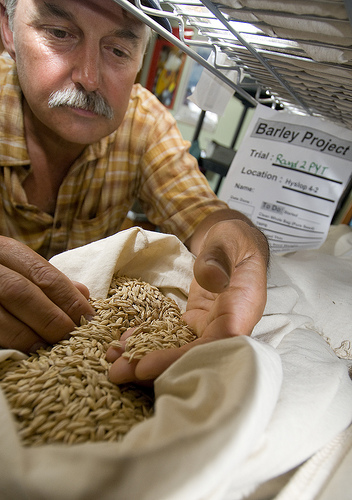 Drink a beer brewed in the United States, and there’s a good chance the hops you’ll taste were grown in Oregon. But chances are the malted barley in it wasn’t.

Oregon State University is working to change that. Students there have designed and will build a malting unit that could soak, germinate and dry small batches of the grain as part of OSU’s larger effort to create a market for barley grown in Oregon. The malter will become part of OSU’s existing research brewery; researchers and companies can pay to use the machine to test new barley varieties or malting techniques.

Last year, Oregon farmers sold $6.8 million of barley harvested on 31,400 acres, according to a report by the OSU Extension Service. But Oregon barley rarely makes it into beer because there is little data on its suitability as malts, said Pat Hayes, an OSU professor and barley breeder. 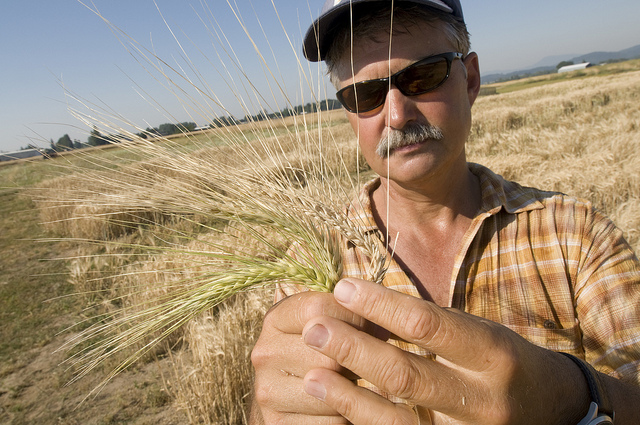 To gather that data, Hayes said, you need a malter. But commercial malters are too big, he pointed out. Their typical run is about 300,000 pounds of barley, producing about 175,000 gallons of beer, which is too much for research purposes.

OSU’s brewery, which companies contract to produce experimental batches, requires only about 200 pounds of barley to produce 100 gallons of beer, Hayes said. The brewery uses barley that has already been malted because it hasn’t had a malter. The university can’t buy one because the machines on the market are too large for OSU’s needs, Hayes said. So he and his colleagues asked three senior OSU engineering students to design and build a mini-malter capable of processing up to 300 pounds of barley.

“This equipment will remove the malting bottleneck and get Oregon grain flowing to Oregon glasses,” Hayes said.

OSU professor and fermentation scientist Tom Shellhammer added, “We could conceivably produce enough malt for a small microbrewery to experiment with.”

The students will build the machine during winter term and test it in the spring. When finished, the portable unit will weigh about 1,000 pounds, measure about 4 feet wide and 6 feet long, and stand about 5 feet high. The students are recording their progress at http://osuminimalter.weebly.com. Great Western Malting Co., a commercial malter in Vancouver, Wash., is providing technical assistance.

Hayes hopes to brew the first beer from on-site malted barley by June, just in time for the North American Barley Researchers Workshop, which will convene on campus from June 6-8.

The malter is part of OSU’s efforts to find more uses for Oregon’s barley and add value to it. For example, Hayes is exploring the malting qualities in Oregon’s six-row winter barleys, which he hopes can satisfy the region’s taste for quality microbrews. He is also collaborating with OSU food chemist and baker Andrew Ross to develop a healthy, beta-glucan-rich food barley, which they have used to make bread.

In the future, the departments involved in the malt unit may collaborate on a mini-pearler to remove hulls from barley. As with malters, current pearler machines are designed for very large or very small amounts.