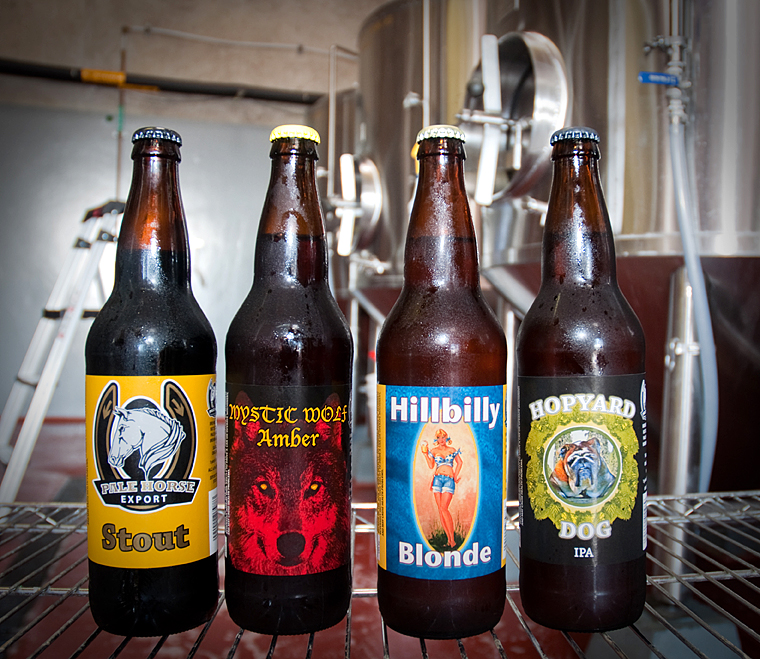 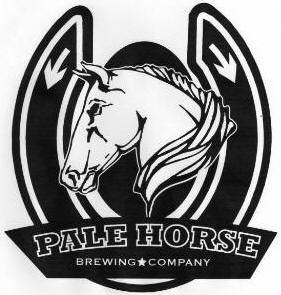 Pale Horse Brewing of Salem is one of only a few standalone breweries in the state. This means there is no pub, no taproom, and no tasting on premises, but it doesn’t stop them from trying to brew great beer. I stopped by recently to take a walk around the brewery and talk with the guys in charge.

Dennis and Sidney Clack run the majority of the company with help from various family members and friends. Dennis is the head brewer and started home brewing around 2000. Soon after, he began winning awards at homebrew competitions. This inspired both Dennis and Sidney to open up a brewery. Six years and multiple life savings later, their dream is a reality. Sidney runs the financial and logistical side of the brewery and was on hand for me to talk to.

Currently Pale Horse offers four beers: Hillbilly Blonde (5.7% ABV), Stout (5.5% ABV), Hopyard Dog IPA (7.6% ABV), and Mystics Wolf Amber (6.0% ABV). Although, only the Blonde, IPA, and Amber are regularly available (due to some changes being made to the stout). It was previously a dry Irish-style stout, but a lack of interest from the market has led to them brewing a sweet stout on a limited basis. I made the observation that all are American styles and asked if that’s what they considered their identity to be. Sid responded with a quote from Jamie Floyd of Ninkasi:“We brew beer.” He said they weren’t very concerned with styles and that they just want to brew good beer for everyone. 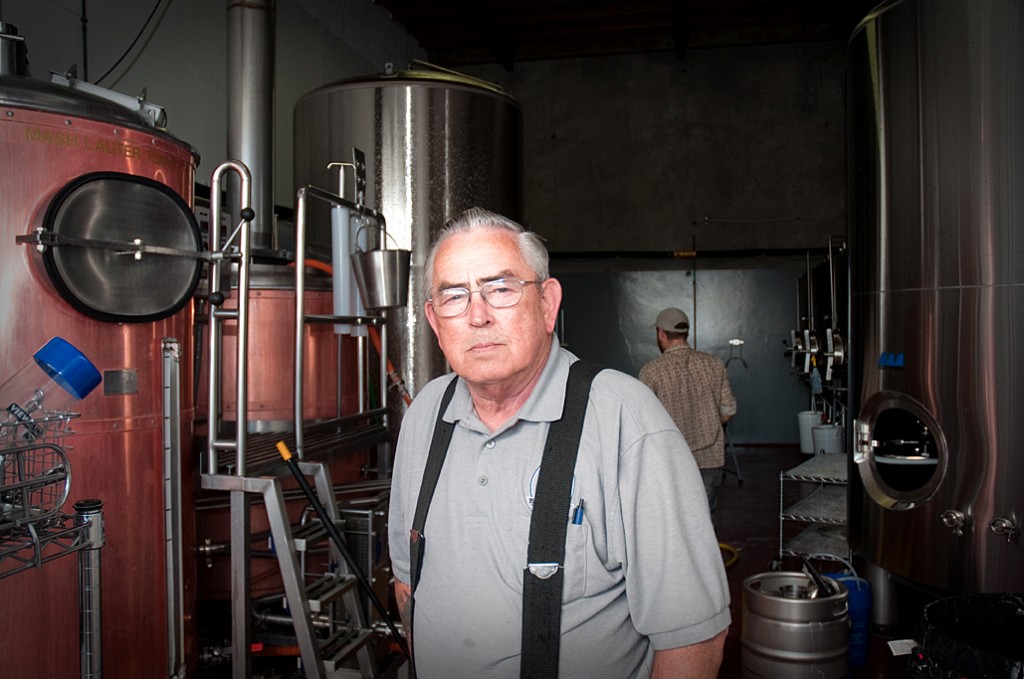 Along with their four main brews, they are currently working on a seasonal, that they hope to have out by Thanksgiving and possibly even earlier. When I asked what style of beer it would be, they were a little tightlipped because they still aren’t sure if it will be market -ready. After a few minutes of probing though, they finally told me it was a heavy Scotch ale weighing in at around 10% ABV. 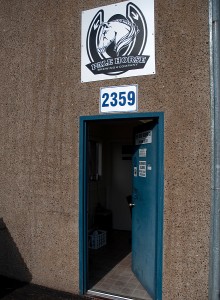 While walking around, I noticed that the brewery is quite a bit smaller than a lot of the breweries in the Portland area. Things are changing though as they just installed some new 60-barrel brite tanks. Currently if they run at full capacity they can produce around 120 barrels per month. A majority of this is sold in keg form, but 22-ounce bottles of all four beers are also available.

Bottles of Pale Horse’s beer can be found as far south as Medford and all the way up to Auburn, WA. Their beer will also be available at the Salem Beer and Cider Festival on September 25th.

I picked up a bottle of Pale Horse’s best selling beer, the Hopyard Dog IPA. With an ABV of 7.6% and 74 IBU’s, this IPA is a borderline Imperial IPA. The beer has a soothing light amber color with a creamy almost pure white head. The aroma is hop dominant, but rather than being citrusy like most IPA’s it has an earthy aroma. Again the flavor is dominated by earthy hops and some citrus, with light caramel maltiness at the finish. The high ABV of this beer isn’t apparent in the taste with no hot flavors present. The bitterness is a little lacking, which is probably due to the high proportion of malts used to get the alcohol content in this beer. 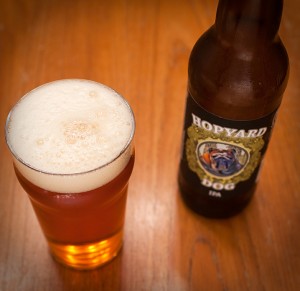 Portland fostered the craft beer explosion in Oregon. Eugene has continued the proliferation of great beer with breweries like Ninkasi. Now in Salem, the neglected city of state government, Pale Horse is trying to bring good beer to the people. Slowly but surely Pale Horse is cracking the virtually nonexistent craft beer market of Salem and they are doing it with a passion. Hopefully the success of Pale Horse will be an inspiration to others and bring more quality beer to the state’s Capital.