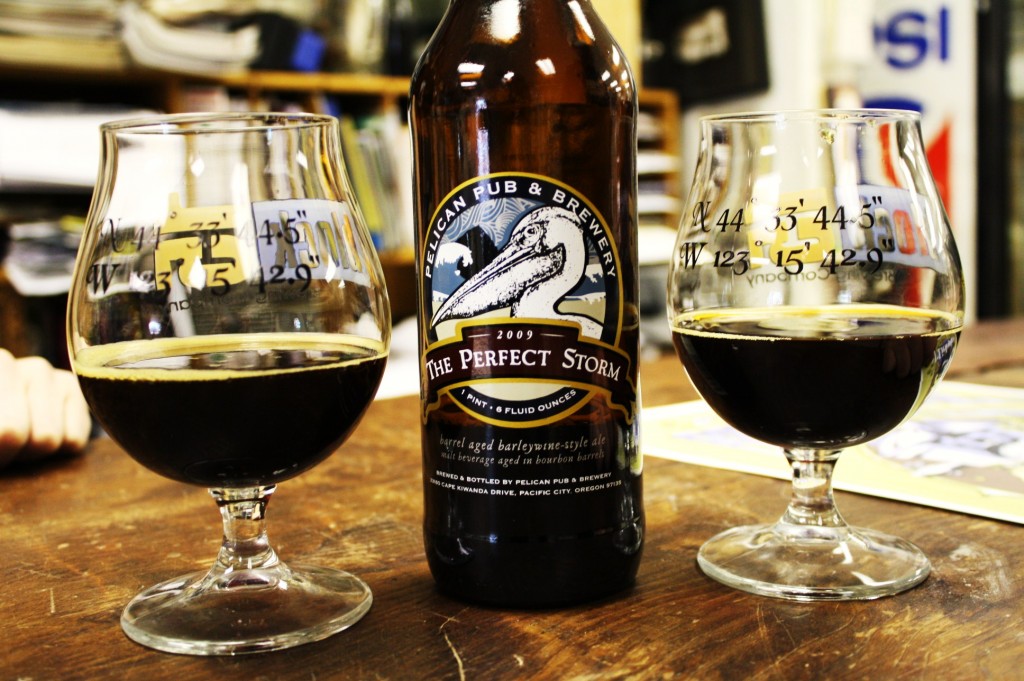 You may have heard of Pelican’s Perfect Storm, a bourbon barrel-aged rendition of the Pacific City, Oregon brewery’s Stormwatcher Barleywine. After spending four months aging in 1998 Evan Williams Bourbon barrels, this 13.5% ABV, highly sought after bomber garnered huge accolades from several beer geeks like the imperial beer hypers at Beer Advocate (BA). BA dubbed the beer the 13th best beer on earth earlier this year with a perfect “100%, A+” rating.

Due to perceived confusion with a boisterously hopped Double India Pale Ale of the same name at Eugene, Oregon’s Oakshire Brewing, Pelican elected to change the name of their Perfect Storm to “the Mother of All Storms.” And, according to Pelican’s public relations team, someone recently asked Pelican Brewmaster Darron Welch about whether or not they should drink their bottle of the Perfect Storm due to issues surrounding the exclusivity and/or age of the 2009 brew. In a statement, Welch offers the following:

“The Mother of All Storms (previously known as The Perfect Storm) is ready to drink, having spent many months of maturation here at the brewery before we packaged and released it. While it will stay in good shape for months and probably even years from now, I do not perceive any meaningful further maturation of flavor from aging in the bottle. One of the reactions happening in the bourbon barrels is a slow, controlled oxidation which leads to many of the mature barleywine characters that marry so well with the bourbon character. The finished, bottled beer will experience further oxidation over time, but I don’t see that as a significant enhancement of the beer’s flavor profile. So don’t hold back. Open it. Enjoy it.”