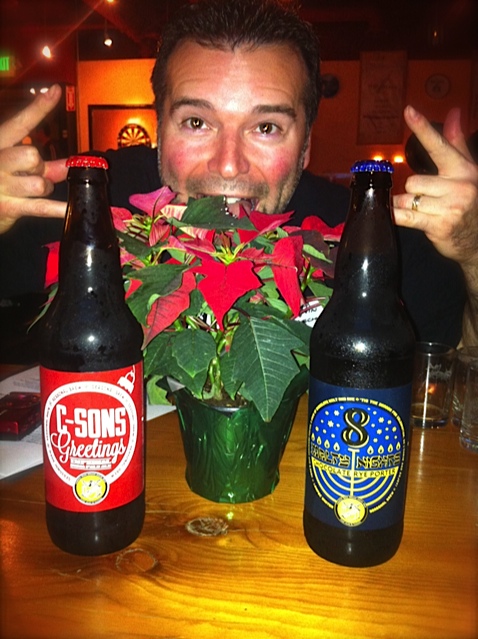 Another year is coming to an end, which means a plethora of holiday beers from Lompoc Brewing are ready to be released. Since the temporary demise of The Old Lompoc Pub on NW 23rd Ave, Lompoc Brewing is now down to only one operating brewery (NW 23rd location will be back open as a pub only in May or June 2013). Because of this new found capacity restriction, Lompoc is releasing 7 Holiday Beers this season, down three from last year’s 10 Holiday Beer Releases.

Here’s an in-depth look at this year’s holiday releases from Lompoc: 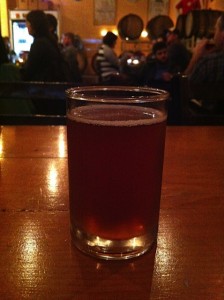 Our first beer to be sampled was Jolly Bock. Since this lager was not completely finished fermenting it was poured from the brite tank for us to sample. Therefore the carbonation was not there but it I did enjoy the nice caramel maltiness along with some nice up front hop notes to make it more favorable to us here in the Pacific Northwest. Jolly Bock will be available on November 27th. 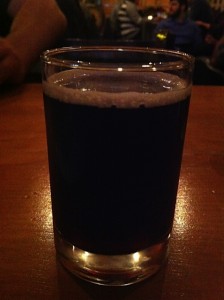 Lompoc’s foray into a beer to celebrate the upcoming Chanukah season was first brewed by their former brewer, Sam Orlansky, which had this beer blessed by Rabbi Brad Greenstein. Well, Sam has now moved onto Bridgeport Brewing but Lompoc has continued to brew this fine Chocolate Rye Porter and one of my top three favorites of the night. This porter containing 18% rye offers up some delicious chocolate notes, which is a bit different than the roastiness that is more prevalent with most porters. Since Lompoc will not be brewing Holiday Cheer this year due to capacity constraints, 8 Malty Nights will be the only porter for this years Holiday season. This will also be available in 22oz bottles. 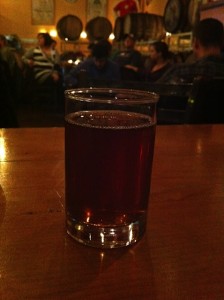 This Belgian style read ale was brewed in October 2011 and has since been aging in Cabernet Franc barrels. I really enjoyed the nice subtle tartness and its touch of cranberry taste to it. We were told that it was blended that day and will still need to be carbonated so it did lack a bit of vibrancy. Once completely finished this Belgian style beer should be one to seek out. Franc’ly Brewdolph will be one of two Lompoc beers at this year’s Holiday Ale Festival. 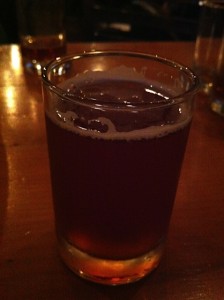 First brewed for Horse Brass Pub’s 25th Anniversary this long standing Holiday Seasonal from Lompoc Brewing continues to be their Imperial IPA. If you like strong, hoppy beers this one is right for you. This wallop of an IPA is dry-hopped with 7 different “C” hops. C-sons Greetings will also be available in 22oz bottles. 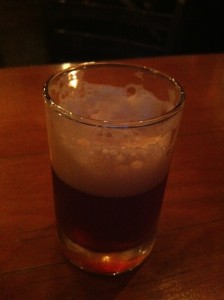 Lompoc’s long standing barley wine returns once again this year but this version was the first to be brewed at their Fifth Quadrant location. In the past it had always been brewed at the former NW 23rd location. So with a new brewhouse involved, this year’s version seems to be a bit lighter in color than prior years and a much more noticeable hop profile to it. I hope this one matures a bit better to mellow it out a bit. 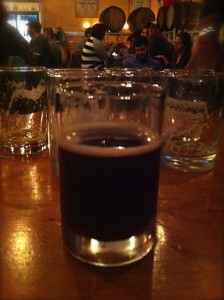 The Ladies of Lagers and Ales (LOLA) brewed this beer in December 2011 along with former Lompoc brewer, Dave Fleming. This beer was then transferred to Heaven Hill Bourbon Barrels to spend the next 9 months. What came out of this resting is a very nice, pleasant barrel-aged beer. I enjoyed the sweetness up front, then the dryness in the mouthfeel and then followed up with a nice sweetness to its finish. 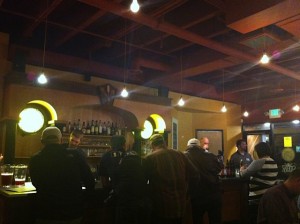 This beer was still sitting in the fermenter so it was unavailable to sample. This year’s version is said to be a spiced golden ale infused with cinnamon, clove, lemon zest and ginger.

Beyond the 7 Holiday Beers that were brewed at 5th Quadrant, Lompoc Brewing joined forces with Breakside Brewery to brew Breakside India Passion Elixir, a collaborative beer for Breakside’s entry to this year’s Holiday Ale Festival. Crafted by Breakside’s Jacob Leonard and Lompoc’s Bryan Keilty, this beer is designed to be a strong, hoppy red ale using Willamette and Centennial hops along with flaked rye and dark wheat along with a touch of honey.

Sidebar is located next door the Lompoc’s 5th Quadrant at 3901 N. Williams, Portland, OR. Taster trays of all 8 Holiday Beers will be available along with 22oz bottles of C-sons Greetings and 8 Malty Nights for sale. Get there early for the free complimentary appetizers. 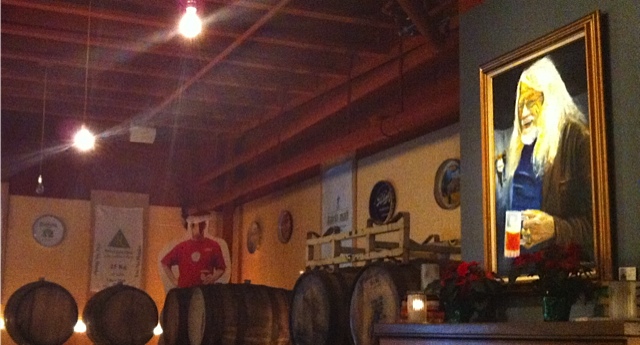