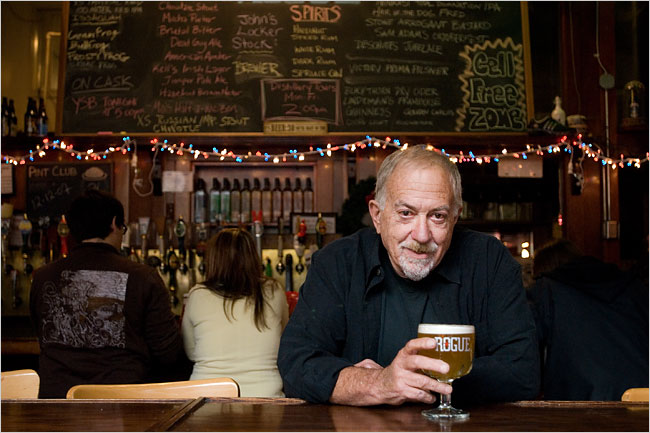 Yesterday the Rogue Nation and Family lost our co-founder, leader, friend, and father as Jack Joyce passed away at the age of 71.

Following a career as both a small town attorney and Nike executive, Jack and some friends founded Rogue in 1988 in Ashland, Oregon.  From the outset, Jack set Rogue on a path of innovation, creativity, and rebellion.  Rogue made hoppy, flavorful beers and was told that no one would drink them.  Rogue made a wide range of beers and was told no one wanted variety.  Rogue sold 22oz bottles of beer and was told no one would pay a premium for a single serve beer.  Rogue opened multiple pubs and breweries and was told that it would be wise to follow a more efficient and logical business plan.  Rogue took the road less, or perhaps never, travelled.  Rogue was the first U.S. craft brewer to send beer to Japan.  Rogue won 1,000 awards for product and packaging excellence.  Rogue worried about getting better, not bigger.  Rogue began distilling.  Rogue began farming.  Rogue remained dedicated to its small town roots and made sure to give back to its local communities.  Rogue started a Nation.  This was all vintage Jack.

He was the true Rogue and will be missed by us all.