1. noting or pertaining to a long poetic composition, usually centered upon a hero, in which a series of great achievements or events is narrated in elevated style: Homer’s Iliad is an epic poem.

2. resembling or suggesting such poetry: an epic novel on the founding of the country.

4. of unusually great size or extent:

6. any composition resembling an epic.

7. something worthy to form the subject of an epic.

Roots Organic Brewing since its inception in 2005 has been pushing the envelop as far as the definition of what a beer can be. At Oregon’s first all-certified organic brewhouse, Roots founder Craig Nicholls has never been bashful when it comes to inventive beer recipes. He and original founder Jason McAdam, who has since left the brewpub to start his own venture, brought a new light to the Northwest with styles ranging from hopless herb-infused gruits to barrel-aged sours. Perhaps the most imposing brew of Roots’ repertoire has been their Epic Ale. A special holiday brew and one of five distinct “beers of winter”, Roots’ Epic is more than just a warmer. Born out of Nicholls and McAdams collaborative effort that evolved from a beer known as the Winter Warlock more than a decade ago when Nicholls was brewing for Alameda Brewing and McAdams was homebrewing, this legendary beer has risen to great heights to become one of the boldest and most reknowned beer of the cold season. At about 14% ABV, Epic is designed for the long haul. Perfect for cellar aging and comparitive annual side-by-side comparison, Roots hardy brew is, in a sense the real Vertical Epic. 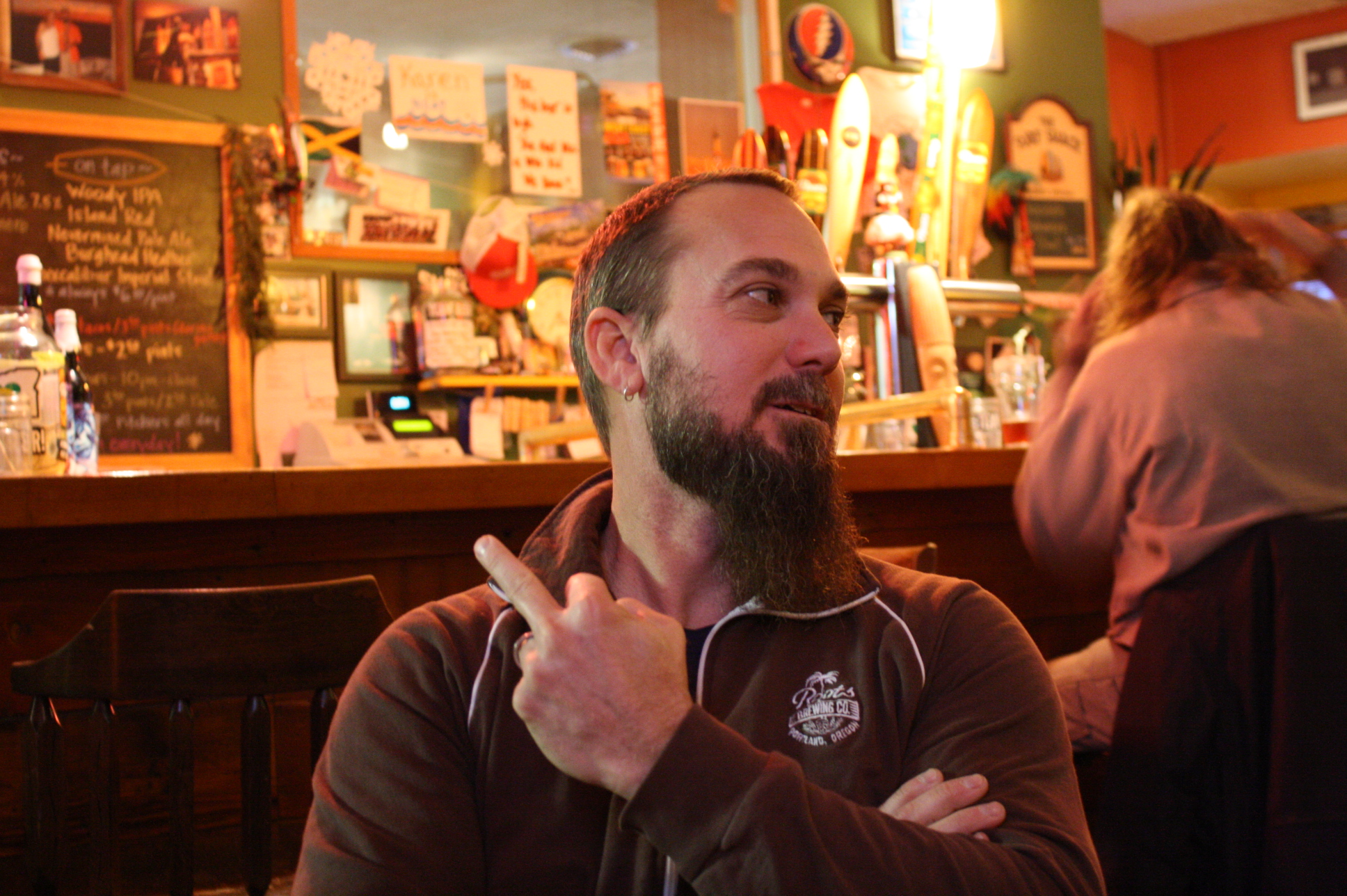 Now, at the bookend of 2009, a special five year vertical of Roots Epic Ale will be available in limited quantities at the brewpub for what Nicholls calls “the biggest baddest beer release of the year!”

Count on a jampacked house of beer lovers on hand at the pub in attempts to withstand a monstrous events for the ages. Even though the Epic will be served in five eight ounce tasters, you may want to call a cab after this one.

As always, we will have our special release, 1 liter bottles, for $34 and 22 oz bottles available for$22.

Party starts at 6 pm The drawing for the Sale of the first 50 numbered bottles starts at 7 pm.”

Read more about Roots Epic Ale and the smoking process that goes in to making it in an upcoming post by Ezra Johnson-Greenough and Jimmy Blum (“Smoke and Beer–Part 3”) this weekend. Johnson-Greenough, also known as Samurai Artist, is the artist behind Roots’ Epic Ale label art. Check out more of the Samurai Artist’s art on his Photobucket page.