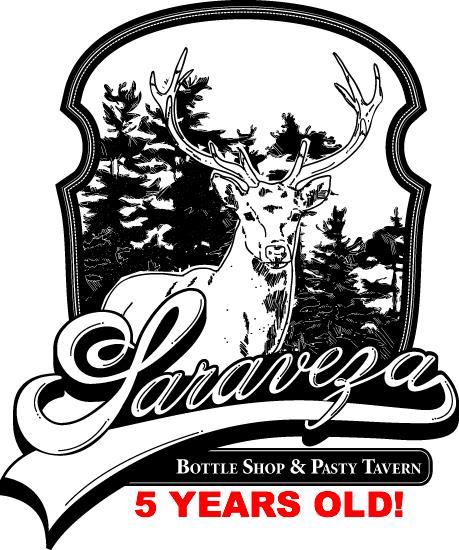 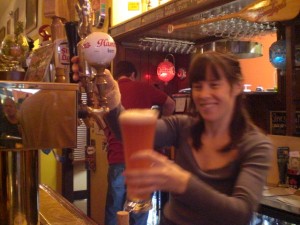 scene at just about the same time as Sarah Pederson opened her doors to the now nationally acclaimed Saraveza opened its doors to the public. It has been a real joy to see the passion that this fine beer hall has emitted in just five fun-filled years. Founded on a love for community and a strong passion behind exceptional and mostly local craft beer, Sarah’s Wisconsin-themed and heavily breweriana clad establishment quickly asserted itself as a staple for locals and tourists alike with a a warm and inviting environment that has showcased their signature pasties, pickle plates, and a plethora of exceptionally curated taps. If you love craft beer and you are in Portland, Oregon, you really have no excuse to not be at Saraveza enjoying yourself at this authentic and impassioned pub. The staff are as knowledgeable about the beer they pour from draught and sell to-go from their vintage coolers as they are friendly and warm to local or wayward beer travelers they might encounter.

On Saturday October 19, 2013, Saravezans toast to the craft beer community that they recognize as an integral component in all that they so passionately embrace. On this day, five years of great beer and even better people have curated an exceptional junket of choice brews for Beervana’s of all palates to enjoy. There will be a dock sale of vintage Cascade Brewing sour ales, free signature grub, and of course the annual Russian River Consecration toast to commemorate this fine day. Raise up your glass and make sure to be there to salute to Saraveza’s first half decade of keeping things right and the craft beer pulse well beating here in the Rose City. Here’s the full details from a recent post of theirs:

Saraveza Bottle Shop & Pasty Tavern is all grown up!  Thanks for all the hand holding and help as we stifled our way through infancy. Saraveza and Bad Habit Room are so grateful for all the beer drinkin’ and pasty eatin’ you’ve done as we cut our teeth in this world.  Because of you 20 people have craft beer related jobs, more breweries have been able to open, the bottle shop industry has grown exponentially and everybody has had a lot of fun!  On Saturday October 19th we give thanks to the craft beer industry and all of our craft beer customers.

Please stop by and enjoy some of the day’s happenings including free pasties and our 5th Annual Consecration Toast led by Saraveza Curator and General Manager, Erika Huston.  We’ve lovingly crafted a draft list for the day including a Saraveza anniversary beer brewed by Breakside, beer we’ve been aging and some local favorites.  See below for the day’s schedule of events. 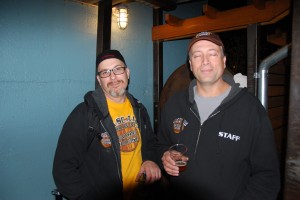 Sat. Oct. 19th, 2:30-5:30: In celebration of Saraveza’s first five years, we’re opening our cellar doors and making these rare treasures available!  It’s a fond memory of Cascade Brewing sitting down with us in the winter of ‘08 and tasting us on “Vlad the Imp Aler” and “Sang Rouge” from the back of a truck.  Days later we were pouring both on draft.

On our anniversary, we’re able to share some of those first beers plus more of the Cascade gems we tried back in ‘08 & ‘09.  As a part of our five year birthday celebration, we’re opening up our cellar doors and selling Cascade vintages ranging from 2009 – 2011 of Apricot, Vine, Kriek, Sang Noir, Sang Royal, Sang Rouge, Vlad and Bourbonic.

Vlad, Bourbonic and Sang Rouge are limited to one bottle per person.  All other bottles will be limited to three per person.  Three packs of ‘09 Vine, ‘09 Apricot and ‘10 Kriek will be available at a special price!