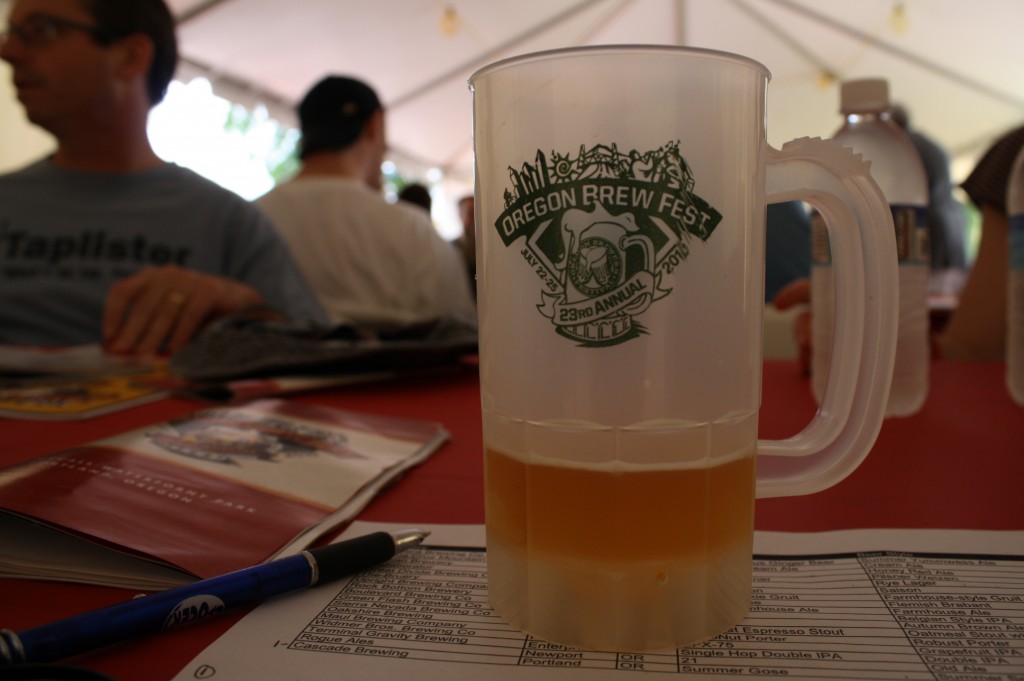 This year’s Oregon Brewers Festival (OBF) promises to be the biggest and best to date.  Make sure to get down to Tom McCall Waterfront Park this weekend and discover an unbelievable assortment of craft beers. 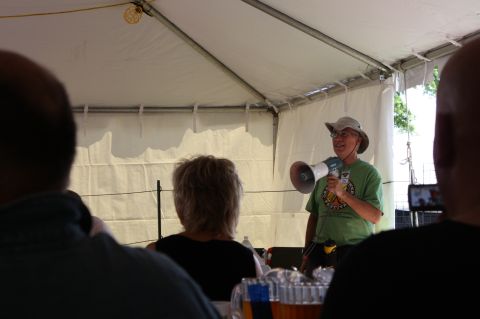 Several interesting beers were provided to us at the media preview led by Noel Blake on Thursday. In addition, the festival offers a spectrum of seemingly endless brews worthy of any beer lover’s undivided attention. Some highlights available at the festival included:

Caldera’s Hibiscus Ginger Beer:  Here’s a beer with a focus not on hops, but rather on ginger root, beets, and hibiscus flowers. This light golden  4.7% ABV brew also makes use of Belgian candi sugar and 2-row and Carafoam malts. While this beer might not be for everyone, it certainly gets points for uniqueness, as well as a balance of both complexity and drinkability. We love it! 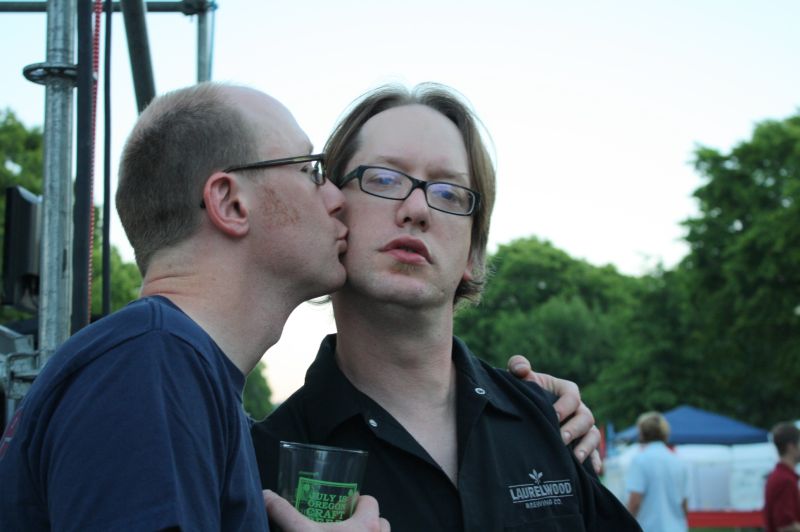 Collaborator Sunstone Pilsner: The Oregon Brew Crew in conjunction with Widmer Bros provides a platform for talented homebrewers to showcase their talents to the public on a commercial scale. This year’s Collaborator was a distinct spin on the traditional German-style Pilsner. Brewer David Haynes designed this 35% wheaten lager with the end result being, as media guide Noel Blake states a “perfect summer Pils.”

Upright Brewing Reggae Junkie Gruit: If you read the virtual pages of Brewpublic, you know how much we love Upright. This brew uses no hops, just an assortment of herbs and spices such as organic spelt berries, hyssop, bitter orange peel, Sichuan peppercorns, and lemongrass. The base malts of organic pale and Munich result in a pleasant 5.2% ABV summer quaffer. Upright also featured a special gin barrel aged brew exclusive to the Buzz Tent in limited quantities. 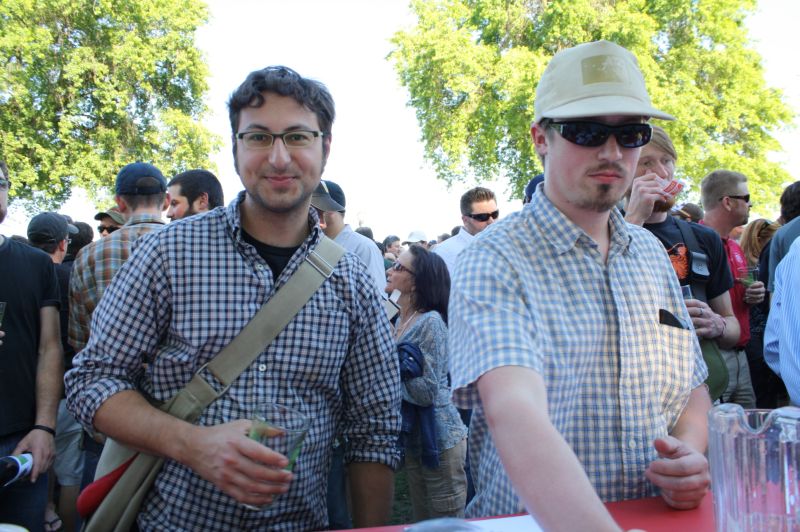 The Bruery 7 Grain Stout: Can Orange County, CA’s The Bruery do any wrong? We’ve yet to find a beer from them that we didn’t love. This Belgian-style Saison is no exception. Brewed with Two-row pale malt, rye, oats, unmalted wheat, flaked rice, flaked maize, and spelt, and moderate portions of Magnum and Sterling hops, here we have a very balanced warm weather brew. An astringent finish with residual spice character are highlights of this beer’s architecture. Cheers!

Widmer Captain Shaddock Grapefruit IPA: Named for a certain Captain Shaddock who some credit with bringing grapefruit (actually pomelo) to Jamaica in the late 18th Century. This particular Widmer brew makes use of the experimental GFX-75 hop, whose flavor is likened to grapefruit. And, even more interestingly dried grapefruit peel was added to the end of the boil to accentuate more of the citrus character in this dark amber colored 60 IBU brew. Hats off to Widmer for continuing to try new things and keeping our beer interesting. 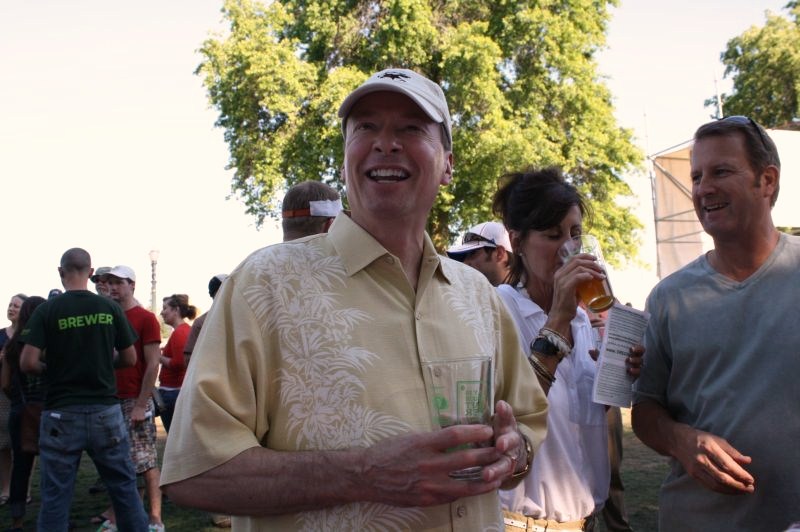 Oakshire Overcast Espresso Stout: This award winning beer is available year round from the brewers at Eugene’s Oakshire Brewing. Made with five types of grain and Chinook and Willamette hops, this beer is cold-pressed with locally roasted organic espresso coffee. The result is a bold, dark, roasty coffee brew with additional notes of chocolate and rich maltiness. Perfect for a cold day, its also a great breakfast brew to get you going in the morning. 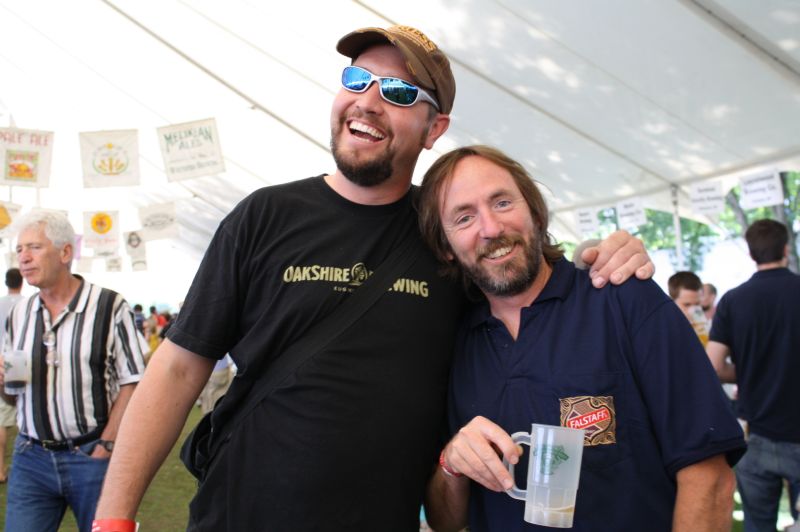 Double Mountain The Vaporizer: Hopheads rejoice for this beer, that was the first keg to run dry at this year’s brewers dinner. Now a year round offering from the Hood River brewers, The Vaporizer is a pale golden-bodied ale with Pilsner malts and copious amounts of citrusy US Challenger hops. A dry, clean, refreshing finish leaves us wanting more and more!

Cascade Summer Gose: An absolute must have at this year’s Oregon Brewers Festival, Cascade’s Summer Gose is a light quenching tart beer inspired by a tradition originated in the village of Goslar in Lower Saxony, Germany and launched by great popularity in nearby Leipzig. Imagineer Ron Gansberg and his talented staff of brewers utilize the standard high portion of wheat malt in the Gose. Citrus notes and the addition of salt and coriander spice meld to provide a wonderful summer seasonal perfect for the hot days on the waterfront. Look for other seasonal versions of the Gose as the months pass. Each brewed with interesting original ingredients. 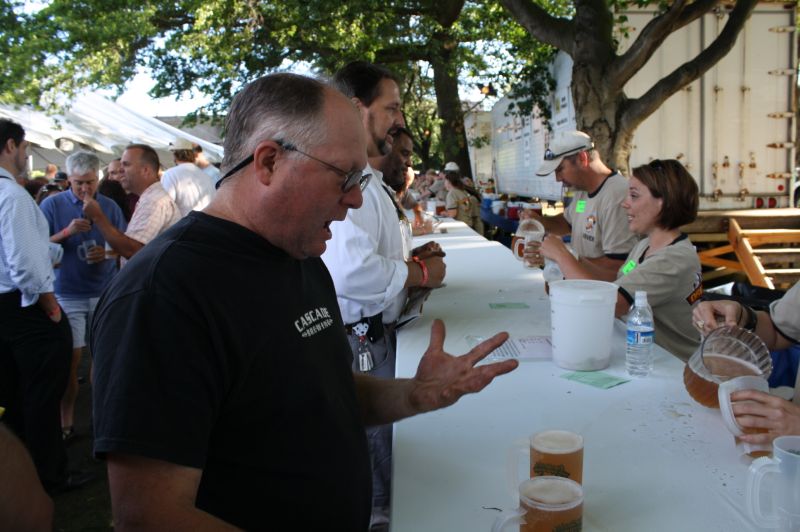 These beers are just the tip of the iceberg at OBF. Discover your favorites this weekend at Tom McCall Waterfront Park. For more information on the OBF, visit the website at www.oregonbrewfest.com