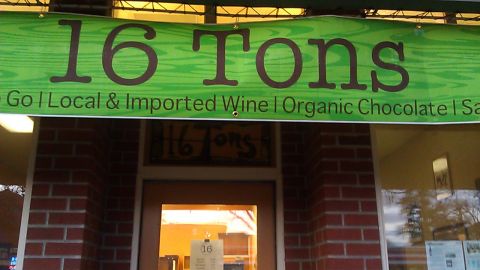 The Sixteen Tons Bottleshop and Tasting Bar is a quaint locally owned business that has been open since April 2009 in Eugene, OR. Owned and operated by Mike Coplin and Jeff Moores the shop at any one time offers about 350 bottles. Trying to cater towards seasonal offerings, customers can find a wide variety of barelywines, fresh hop beers, and wild ales, as they make there way to the market. At Sixteen Tons, you will not find the select of beers in coolers but instead on open shelves.The store is kept at a cool 55 degrees, which is about cellar temperature and  there is no direct sunlight or fluorescent lights that stay on the products. When asked about this, owner Mike Coplin indicated that with the inventory of beer that they have it all tends to get rotated through in about a five or six week period. Anything that stays on the shelf longer then that will be put on sale to help move the product. At this point, it has not been a problem moving any of the beers or wines sold at the shop. 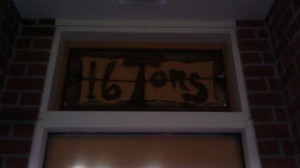 Despite being  located just a few blocks from The Bier Stein, Coplin does not feel like the two stores are in competition. Instead he feels that both establishments do their part in the craft beer community. While operating on differenct scales of operation, Sixteen Tons only has one part time employee with owners Mike and Jeff covering the shop the majority of the hours it is open for business. To add to the offerings at Sixteen Tons, the shop also currently has 12 beers on tap. When the shop first opened it only had four. Since opening its doors and hosting events the owners of the shop decided to expand their tap offerings to carry a larger selection on tap. Mike pointed out that at Sixteen Tons that they will fill a growler of any beer on tap in addition to mason jars and even 16 ounce mason jars. So if a customer wants to leave with a mix six pack of draft beer offerings, the shop is more then willing to accommodate.

The atmosphere at Sixteen Tons is laid back and causal. Up until about a week ago the shop didn’t have any bar stools. There were a few places available for sitting on a bench but for the most part it was standing room only. This Mike explained helped ensure and folks didn’t end up over indulging in any of the tasty offerings the shop has to offer. The shop does have tall tables so that patrons can rest against and put their beers down if they like. The tables also offer a place for people to bring in food from the outside. No food is sold at Sixteen Tons but there are many near by restaurants that Coplin says offer great food and can be brought into the store. 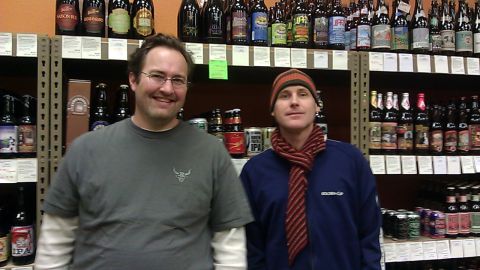 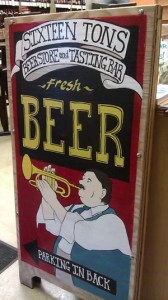 As mentioned, the shop has been holding tasting events recently. The last tasting event that took place was The Wild Ale Fest. This coming Thursday, Sixteen Tons will be holding an IPA Fest. Putting together an impressive and very intriguing list of beers Mike indicated that when organizing tastings at the shop they go all out and try to find beers that are unique or excellent examples of the beer style. (Click here to view list of IPAs at event) To kick off the festivities, on Wednesday Ted Sobel from Local Brewers Union 180 will be tapping a traditional English-style cask of a pure Sorachi Ace hopped IPA that weights in at 6% ABV and 100 IBU.  The tapping will be at 5 PM and Sobel indicated that we should get about 100 pints from the cask.