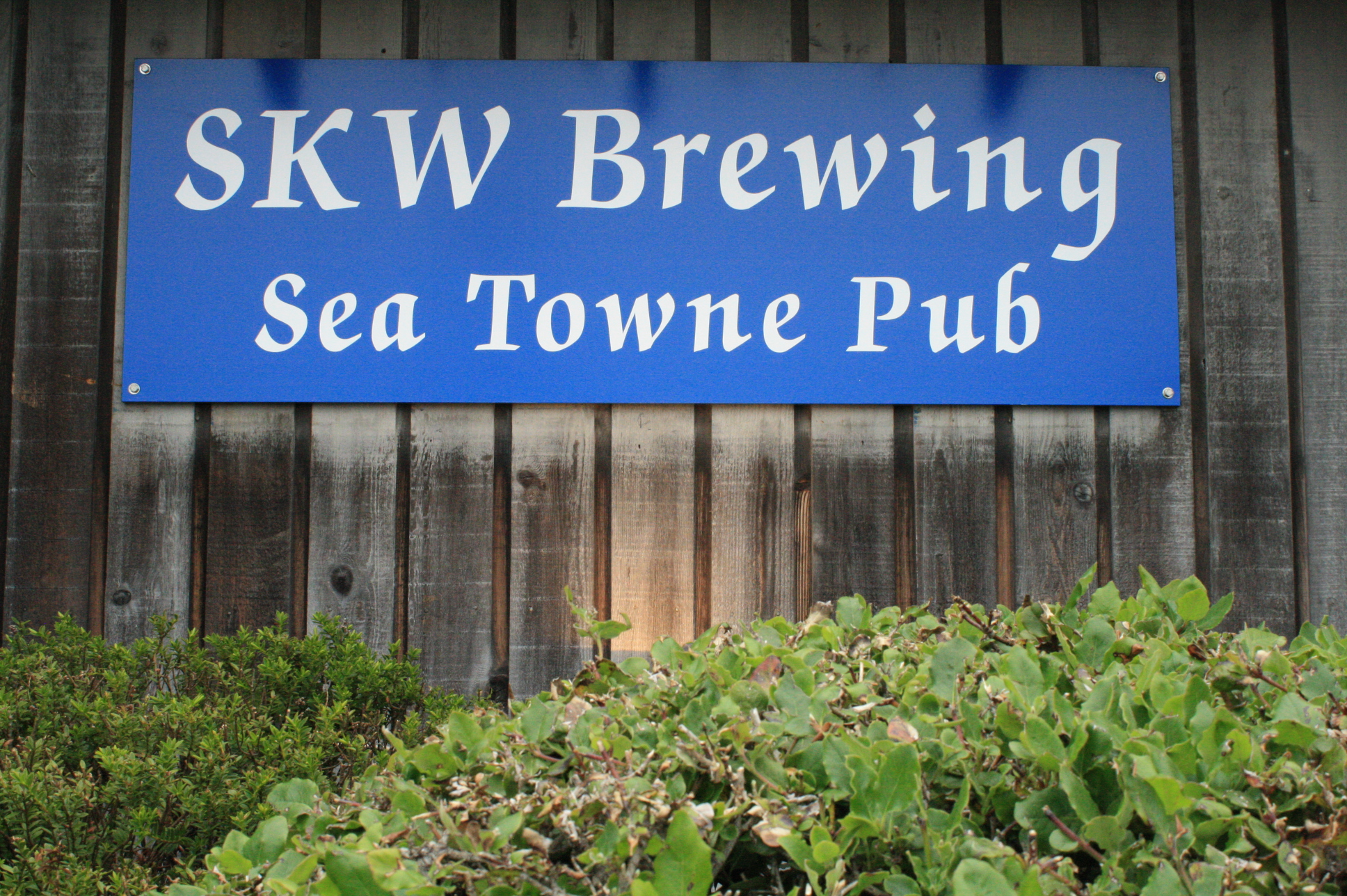 On a recent travel to the Oregon Coast, we paid a visit to SKW Brewing Sea Towne Pub in Newport. SKW is the brainchild of brewer and founder Steve K. Wilson. After spending the better part of two decades as production manager and cellarman for the town’s world famous brewery Rogue under John Maier, Wilson is currently living his dream of brewing at his own beers. Wilson, unlike many brewers has no desire to be hand-off with his trade. Across town at the house where he lives with his wife and co-founder Cindy, Wilson brews a variety of beers on a small one-and-a-half barrel system. The beers are served at their pub located in the Sea Towne Center shopping plaza. The location was previously a book store that has since moved to a new location in the plaza. The quaint bar features hardwood floors bolstering an arena for darts, foosball, and live blues music. Wilson books live acts and is fervently involved with booking this genre of music. A large drum housed in the center of the room is indicative of his passion.

Beer is served in house and to go in mason jars. Even the four ounce samples come in mini ones. The beer is well made and six varieties are on tap as well as house made Prohibition-style root beer and cream soda and a guest tap of
Wyder’s Cider. Here’s what was pouring when we stopped in:

Steamin’ It Up Lager: Wilson has been tweaking this California Common style beer to get it to where it is today. A crisp, mildly sweet session brew of a copper-amber hue, this beer goes down extremely easily.

Sunset Red Ale: A robust 8.6% ABV is hidden beneath a heartily hopped spiciness. Wilson says he doesn’t brew an IPA due to the lack of hops available to him, but this beer should please any hop head. A deep amber body unveils waves of dangerously delicious flavor.

Valley Fog Brown Ale: Like an English nut brown on steroids, this 8.2% ABV brew is chewy and creamy. Another testament to Wilson’s brewing skills, the alcohol is well masked in this recipe.

Mad Max ESB: You can’t have a brewery in Newport unless you have a beer dedicated to your best canine buddy. This Extra Special Bitter has a deep amber-copper body with a sweet malt spine with a nice little bite. A middle-of-the-road 6.3% ABV makes this one of the lighter brews in Wilson’s repretoire.

Steve’s Pilsner: Perhaps my favorite beer of the lot, this German-style Pils has a great skunky (in a good way) yeastiness with a pleasant mild hops snap that follows a soft golden malt underpinning. It’s nice to find a Northwest craft brewer making solid lagers. This one is a true gem.

Wilson makes a tenaciously bold (11% ABV) Doppelbock called the Procrastinator that was not pouring at the time we stopped in. However, he says he is cellaring verticals of it for future tappings. I hope to get in on that when it happens.

The brewery hopes to have their beers available to retail stores in bottles as soon as they are granted label approval. Until then, stop by the pub and visit the brewer pouring his beers from behind the counter.  Prost! 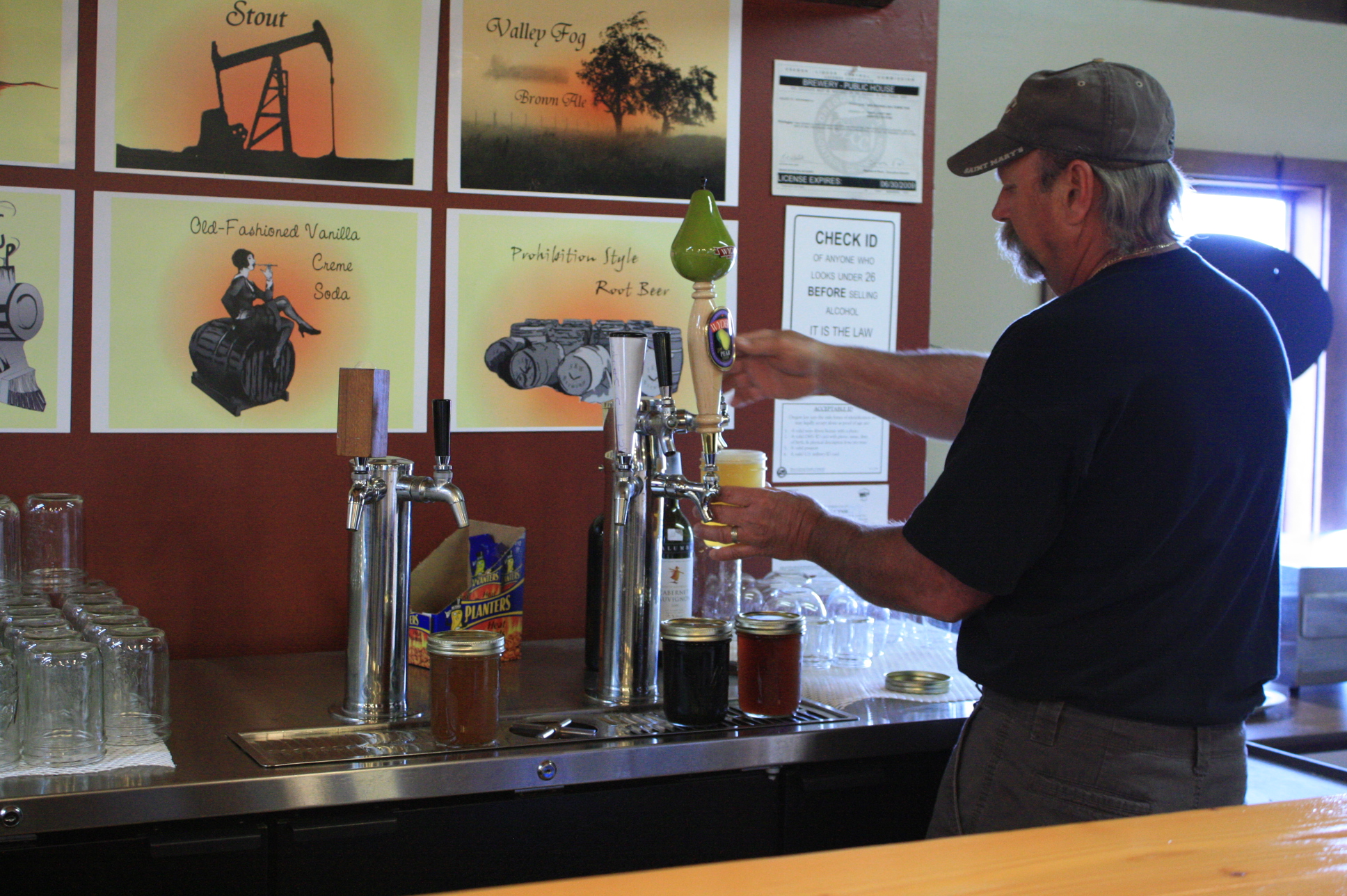