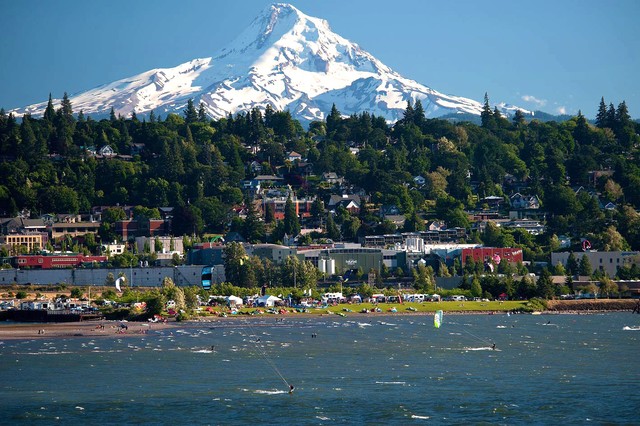 Beer production requires a lot of water. In fact, 90% of beer is water. And this figure doesn’t even include the water required for cleaning, running a brewery or brewpub, or growing hops and barley.

According to the Water Footprint Network, the Netherlands organization that pioneered measuring water footprints, one gallon of beer requires 689 gallons of water to produce. The majority of water used in the production comes from growing and fermenting barley and other grains used during the brewing process. The industry average is 6-10 gallons of water per gallon of beer produced in the brewery, according to Executive Brewmaster at Full Sail, Jamie Emmerson.

Of the top 100 water users in Portland during the FY09-FY10 year, Widmer Brothers ranked #27 and Pyramid Brewing #77. A recent study conducted by consulting firm McKinstry & Co. and the World Bank estimates that by 2030, more than one third of the world’s population will face major water shortages if we continue business as usual. This is a cause for concern in an industry whose product relies heavily on water, especially in states like Colorado and California, with abundant breweries, and severely depleted rivers.

Luckily, many breweries realize the importance of preserving water for the sustainability of their product and for future generations, and are taking steps in becoming stewards of the water they use, employing creative methods of water conservation. 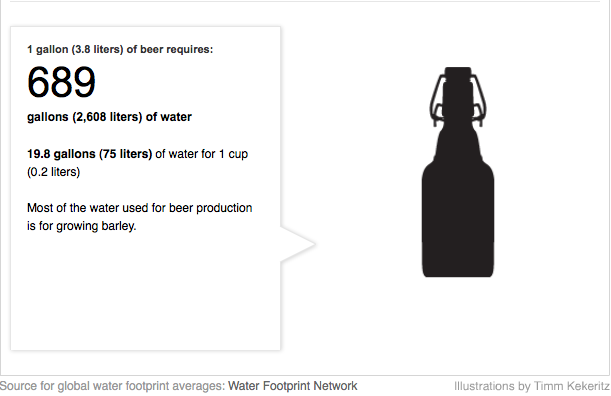 Widmer Brothers is deeply committed to sustainability and is keenly aware of the need to conserve water. Sustainability has been embedded in their corporate structure since inception. The brewery, which already has one of the lowest water to beer ratios in the industry at 3.7, found that once they reached a certain point in water saving measures, there was little more they could do conserve water.

In 2010, they partnered with the Bonneville Environmental Foundation’s Water Restoration Certificate program.  A twist on carbon credits, BEF partners businesses with holders of irrigation rights on degraded streams in an effort to work around “use it or lose it” laws that require water rights holders to use their allotment of water, regardless of use.  One credit costs $1 and represents 1,000 gallons of water restored.

Widmer Brothers expects that within three years of partnering with BEF, they will restore 8 million gallons of water to the Deschutes River and Evans Creek, enough to offset the water used to make their Drifter Pale Ale. Big Sky Brewing, Montana’s largest brewer, was the first to take advantage of BEF’s Water Restoration Certificate program. The brewery, whose customers include avid fly-fishermen, will restore 10 million gallons of water over the three years to the Prickly Pear Creek. 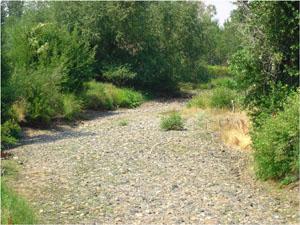 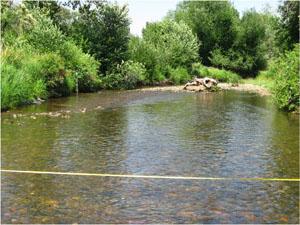 Water conservation is also a priority for Hood River brewery, Full Sail. With the Columbia River front and center in their brewpub, water management has always been at the forefront of their operations. Conscientious of the impact of the brewery’s waste on Hood River’s sewage system, Full Sail installed a full wastewater treatment system in 1995. Additionally, the brewery installed the Meura Mash Filter in November 2010, which enables Full Sail to save 1 million gallons of water annually and reduces its water to water to beer ratio to2.5 gallons, one of the lowest in the industry.

The big boys are also doing their part in managing their water use. In 2009, brewing giant SABMiller partnered with Ceres, the World Wildlife Fund, and German international development agency GIZ to analyze the corporation’s water footprint for their operations and suppliers in Peru, Ukraine, Tanzania, and South Africa. After determining that agriculture proved to be the most water intensive portion of the process, the partners worked with farmers to develop risk mitigation plans and trained farmers on best practices for water management (I plan to address water usage in agricultural processes in a future installment).

Because the price of water is such a low number in a company’s overall costs, the true cost of its value is easy to ignore.  With climate change, rapid population growth, and pollution, water scarcity is a real threat and water-related issues have a tremendous threat on a company’s bottom line. Already, we have witnessed the impacts of water distress throughout the world. Severe flooding of the Mississippi Delta in 2011 caused an estimated $2-4 billion in losses. Ongoing droughts in Texas have impacted cattle and cotton production, costing the state and six neighboring states $10 billion and the Chinese government has indicated that 52 percent of the country’s industrial output, which totals over $4.5 trillion in value, originates from regions at risk for water scarcity.

With breweries leading the way in water management programs, they are doing their part to ensure that water does not become an issue to the viability of their industry and remains for future generation. Ideally, this leadership will translate to other industries before it’s too late.