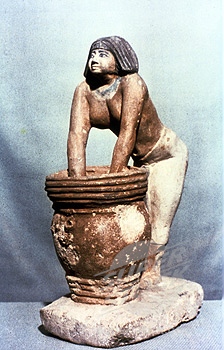 Although the modern brewing industry is primarily dominated by males, women were the original brewers. Credit for the creation of beer is often given to Ninkasi, the Sumerian goddess of beer. Inscribed on a tablet dating back to 1800 BC, the “A Hymn to Ninkasi,” a poem that describes the first-known recipe for beer. From Europe to Egypt, women dominated the brewing world. Men were not permitted to brew and women ran the beer halls and taverns.

Considered a food and form of hydration, due to poor water quality, beer was an important source of sustenance for all members of the household and beermaking was among a wife’s household duties. Brewsters, a nearly extinct term for female brewers, experimented with different spices and ingredients and brewed for special occasions and community gatherings. Additionally, brewing was a form of economic empowerment for women, as it allowed them to earn a small income through the sales of surplus beer.

Once beer became a mass-produced commodity during the Industrial Revolution, men took the reins of brewing and focused not on quality and craft, but rather on profit. Brewing shifted from a household duty, driven by family tradition, sustenance, and cultural value to a business transaction. 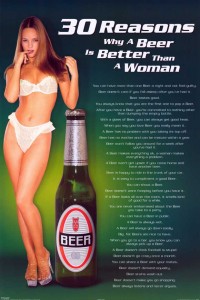 After transitioning to a male-dominated industry, it should come as no surprise that advertisers targeted the male population, in a manner often disrespectful towards women. Beer is portrayed as a sports-watching, fraternity-keg-standing man’s drink. Bikini-clad women and college girls partaking in wet t-shirt contests demonstrated that these were the women associated with beer. These stereotypes have turned women off from the product.

Teri Fahrendorf, founder of the Pink Boots Society and the second female craft brewmaster in the United States was once denied a job at a brewery because her perspective employer refused to hire anyone who could not lift more than 50 pounds. When Fahrendorf landed a gig at Golden Gate Brewing Company in 1989, she ensured that physical limitations would not pose a hindrance to any employee.

After working in the industry for 19 years, she decided to go on a road trip to visit and work with friends in various breweries across the country. Along the way, she met several women amazed to meet a fellow female in the industry. At the age of 47, Fahrendorf felt inspired to pass along her knowledge and become a mentor to these women who wanted to advance their careers in the brewing industry. Eventually, she formed the Pink Boots Society, a society that celebrates females in the industry and provides resources to help advance careers. What started with 22 members in 2007, Pink Boots now boasts over 800 members worldwide. 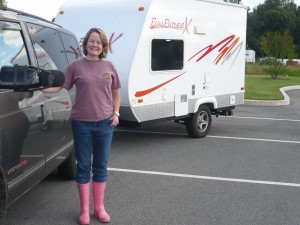 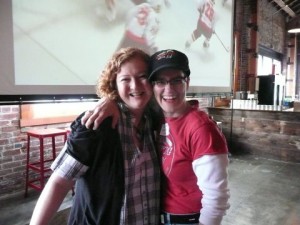 Women make up 50.9 percent of the population, yet account for only 25-29% of the beer-drinking population, according to Ginger Johnson of Women Enjoying Beer. That’s a pretty significant portion of the market not drinking beer. Lately, there has been a shift in purchasing more local and/or organic products, including beer. And women just happen to be the main purchasers of a household. In order to grow the brewing industry, brewing professionals should start looking towards attracting more women.

Women can often feel intimidated when they walk into a pub and take a seat, alone, at the bar whose stools are populated by men. Bartenders and servers can play a pivotal role in getting women to try new brews by simply engaging in a conversation about their food likes and dislikes. The occurrence of this simple dialogue can determine whether you have a new customer or one who will never return again. 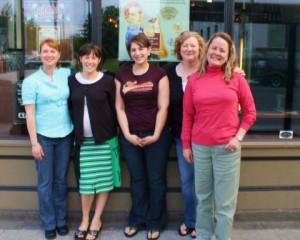 Similarly, assuming that beer is not a woman’s drink is equally detrimental. Lisa Morrison, beer writer and host of radio show Beer O’Clock, remembers when she began writing 14 years ago when she was one of two women in the profession. If her husband joined her for an interview, it was not uncommon for answers to be directed at her husband, even though she was the one who asked the question.

Education is crucial in getting women to drink more beer.  Several women in the industry are pioneering educational programs to encourage more women to partake in beer drinking. In addition to the Pink, Johnson’s Women Enjoying Beer runs educational programs and works with industry professionals to market to the female population, and Barley’s Angles is an educationally-focused network of women interested in learning about beer in their own communities.

More women drinking and producing beer will not only reap economic benefits for the industry and local communities, but will also help restore and enhance the cultural values associated with beer – sustenance, family and social gatherings, women empowerment, and health and well-being. More female brewers will encourage females to drink beer.

With Mother’s Day coming this weekend, consider taking Mom to your local woman-owned brewery for a tasting. Perhaps she’ll discover something new that she enjoys. Regardless of your success in persuading her to go out for a brew on Mother’s Day, raise a glass and toast all the women of beer.

May Ninkasi live with you-

Let her pour your beer everlasting.