On Thursday evening, Brewpublic was invited to a special event at BridgePort where brewmaster Karl Ockert was on hand to exemplify the company’s sustainable efforts. Fellow bloggers and beer folks were on hand as well as five main areas of the brewery were highlighted in their sustainability practices.  These include: Recycling, energy saving techniques, local and organic product use, water treatment, and community outreach. Here’s a little of what was touch on regarding these five criteria:

The building that houses BridgePort Brewpub and Bakery was built in 1888 as the Portland Cordage Company, producing rope products for ships (this explains the beer “Ropewalk Amber Ale”). A 2005 remodel utilized recycled materials to build elbow bars, dining room tables, and mezzanine, and loading dock. Reclamation projects have allowed for much of the original building to stay in tact since its erection in the late 19th Century. As for everyday recycling efforts, BridgePort has implemented a compost program that cuts landfill waste in half. All food waste is composted with the only items being thrown away being straws and aluminum foil from butter pads. Every material such paper, glass, metal, and plastic that is recyclable, is recycled. The brewpub also has condensed trash down to one container that is thrice weekly. This has reduced landfill waste to 12 cubic yards per week from 24 cubic yards per week. Spent oil from the kitchen is used to produce biodiesel for transportation and all spent grain is given to local farms to feed livestock.

Local and Organic Product Use

BridgePort has certification from Oregon Tilth to start producing organic beer that features barley and wheat grown in Eastern Washington and Oregon and malted in Vancouver, Briti

sh Columbia. The majority of BridgePort’s hops are sourced locally in the Willamette Valley. All glass bottles used for distributed brews are purchased from the Owens glass plant near the Portland International Airport. Cardboard boxes are made from recycled materials and purchased from Portland’s Weyerhaeuser plant and six pack holders are made from recycled paperboard.

BridgePort Brewery separates high strength effluent for use as livestock feed and treats its remaining effluent with an on-site wasterwater treatment plant before it is sent through the city sewage system.

BridgePort supports a variety of local arts and community organizations such as Water For People, Farm To Cafeteria, and Oregon Manifest. The company also teamed up with the Komen Race for the Cure of Oregon, SW Washington, and Puget Sound® with ‘Case for the Cure.’ Throughout October, one dollar of each case sold at participating BridgePort retailers is donated to this cause.

After a tour of the brewery, BridgePort treated its guests to appetitzers and delicious brews. Thanks to Karl Ockert at BridgePort and Molly GIlbert of R-West for a fun time. 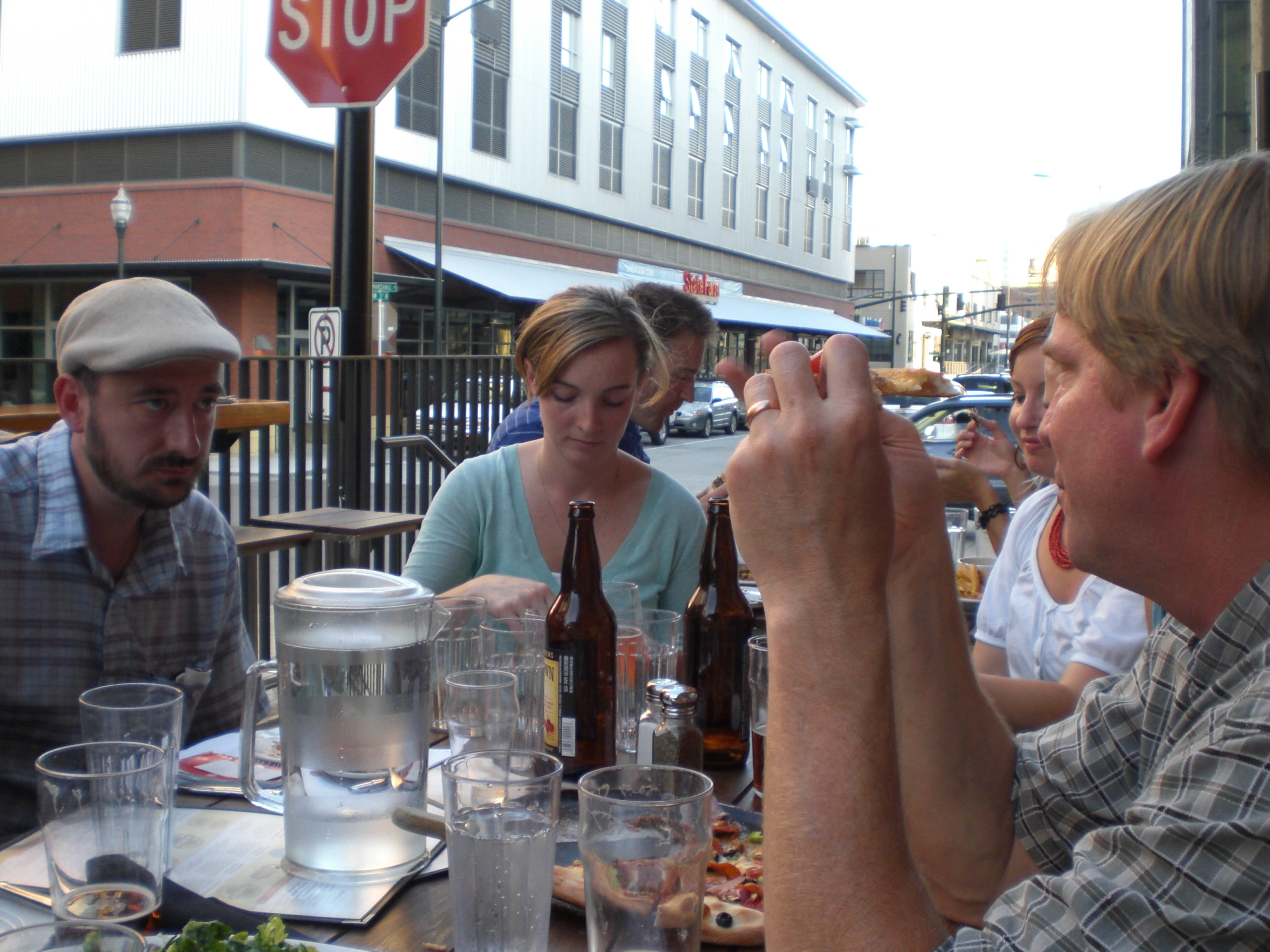