The Hoppy Brewer is all about beer.  And even better, this destination is sharing their passion for the craft with locals in Gresham, OR. Founded in 2010 when proprietor Steve Krause, 46, and a homebrewer friend were brewing up a homebrew for a party in August of that year. The Hoppy Brewer stocks homebrewing supplies ranging from equipment and ingredient kits to all the loose ingredients and supplies needed to make beer.  In addition to providing for the aspiring brewer, the shop offers a selection of bottles that has grown to over 200 and houses 10 revolving taps which can be enjoyed in Gresham’s only heated beer garden.  Currently the shop has three employees, including Krause, and their growth is a testament to the region’s burgeoning embrace of craft brew.

We spoke with Krause to learn more about his undertaking.

How did The Hoppy Brewer come to life? 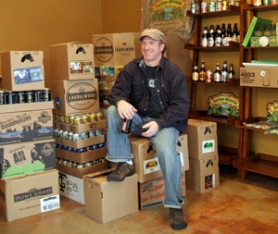 Steve Krause: We started talking about how Gresham needs a home brew shop because we were tired of having to go to Portland every time we needed supplies and if we were tired of it, there had to others as well.  As the plans came together I started thinking, what do home brewer like while making beer, we like good beer to drink, so why not incorporate a bottle shop into the mix, so I did.  Then my location changed to a space that came with a courtyard and I’m like “this courtyard would make a great beer garden” so then I added draught beer to the plan and so, here we are today almost a year later.  The icing on the cake came in the mail yesterday which is my brewing license.  So now, we’ll be able to conduct brewing demonstrations as well as putting some beer on draught!
Since I’ve opened in May of 2011 the #1 comments has been “finally, I don’t have to go to Portland for beer and supplies” and “the tap list here is as good or better then any place in Portland” and that’s what I want, is to have the best and varied beer that I can get.  Contrary to what may be said about people in East County, the beer drinks out here do like, enjoy and appreciate good beer!!  I’ve come to realize if I’m not pouring RPM then I’m going to be pissing off a lot of people!  After 7 months of pouring it, RPM has become a permanent handle. 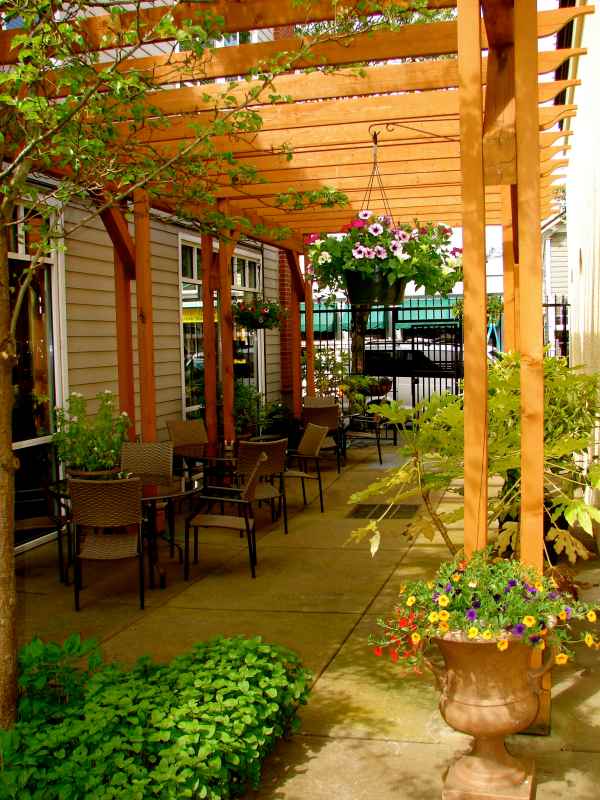 What beers are on tap and in bottles at your spot?

SK: We have 10 taps and they are always changing. People can refer to the web site for up-to-date draught selection as well as over 200 bottles and cans.

What are some of your future goals for your place?

SK: I want to keep growing the home brew supply aspect to the business and eventually create a brew club as well as conducting brewing demonstrations.    Between the brewing supplies, bottles, draught, on-premise consumption and now brewing, my shop is feeling at times, rather cozy.  I have two years to go on my lease and if things keep going the way they’ve going, I’ll be needing a roomier place.

The Hoppy Brewer is located at 328 North Main Street in downtown Gresham, OR. Find them on the Internet at http://oregonshoppyplace.com