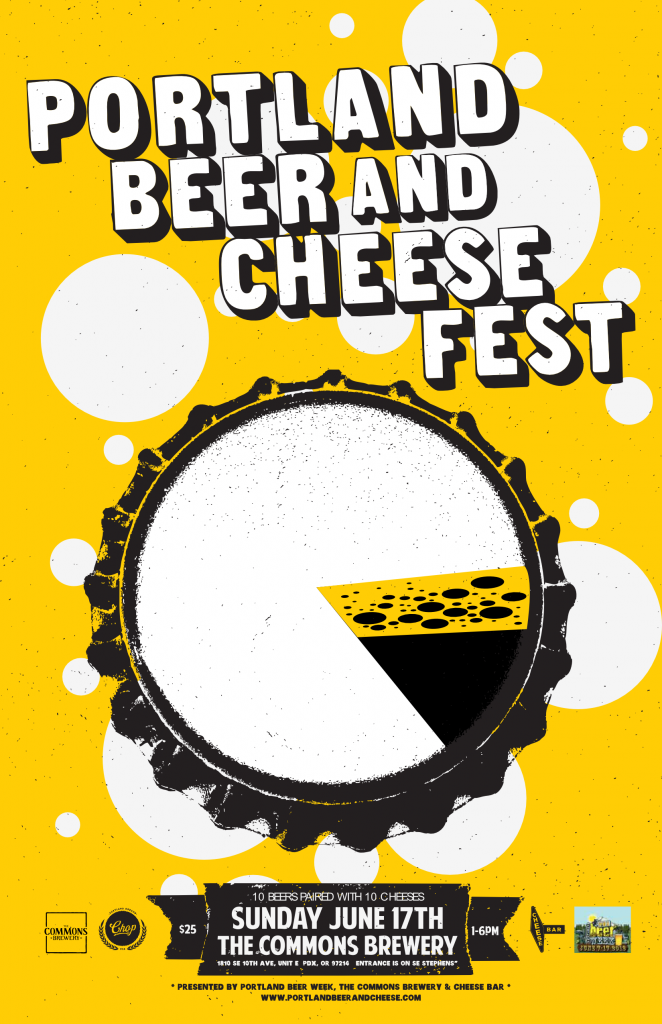 This Sunday, June 17th, from 1pm-6pm, The Commons Brewery will be host to the inaugural Portland Beer and Cheese Festival. With 10 unique beer and cheese pairings this event is sure to be a hit. Reigning World Champion Cheesemonger, Steve Jones of Cheese Bar is the man selecting the cheeses to be paired with the corresponding beers from some of the west coasts finest breweries.

Participating breweries with their exceptional beer being presented is as follows:

Gigantic – Rauchweizen and the Bandit

Steve is still preparing the cheese selections but with his vast knowledge on all things cheese I’m confident that he’ll be bringing his “A” game!

Tickets are only being sold in advance here at $25 ($27 with service fees). This entrance fee entitles you to a tasting glass along with a punch card that offers you 10 different specifically chosen craft beer and cheese pairings. And if that is not enough, free light snacks will be provided from Chop Butchery and Charcuterie along with the opportunity to purchase additional tickets for additional pairings. Hope to see you there!