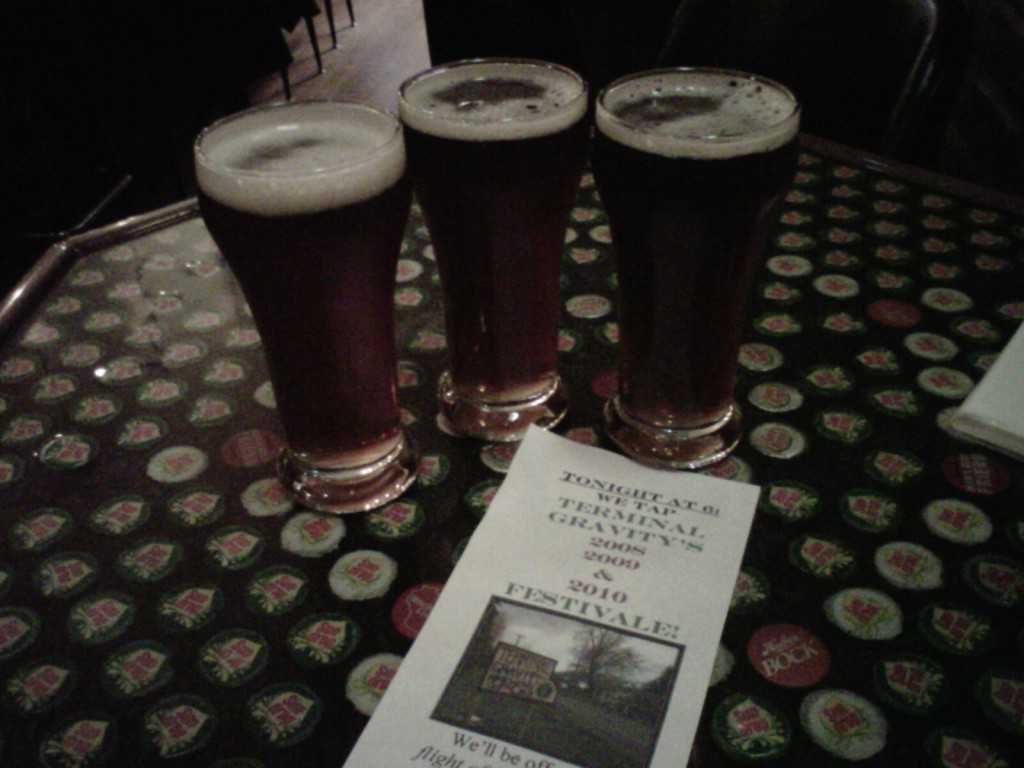 On Wednesday, December 22nd, Saraveza hosted a vertical tasting for Terminal Gravity’s Festivale featuring vintages from 2008 and 2009 alongside the new 2010 version. This was a great way to taste the progression that this holiday beer from one of our state’s finest breweries from Enterprise, Oregon has developed. Prior to my arrival later in the evening, Terminal Gravity’s co-owner, Debra Duquette, was in attendance for this event that began at 6pm. The tasting flight consisted of one 8-ounce pour of each years brew for $12.

Here is Terminal Gravity’s take on their holiday seasonal:

Terminal Gravity’s Festivale is in the style of British strong or “old” ales.  We brewed it to be fairly dry so that it is completely drinkable and not cloying.  It has huge and complex malt and hops flavors with a nice little alcoholic warmth in the finish.  The color is deep ruby brown and it produces a fine cream colored cascading head.  If you like strong ales, this might be one of your new favorites! 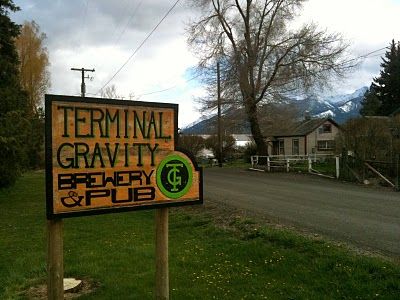 Starting with the 2008 version, this beer lacked any benefits of aging for two years. Since Festivale clocks in with an ABV of 8.3% this beer is not designed for a long period of aging. This 2008 version poured the lightest in color of the three and was also the flattest tasting offering very little carbonation. There was also some slight oxidation coming through the minuscule amount of hops. This version was definitely more malt forward.

Next up the 2009 version, the year of aging did well for this tasty brew. This 2009 Version poured a nice mahogany color with only a very slight head that disappeared very quickly. The malt forward sweetness of this beer offered similar tasted to that of a more sessionable barleywine, which was a very pleasant delight. There was a slight spiciness to it and from what Erika from behind the bar told me the 2009 version was the crowd favorite throughout the evening. I would have to agree on this one.

Then on to this year’s version, the 2010 Festivale also was desirable but did not measure up to the one from 2009. The 2010 did pour the darkest of the three, a much darker mahogany color, more to what I would expect for this style. But on to taste, the 2010 version was just not as aggressive on its spice notes as the 2009.  Maybe in another year this one will come around and be as appealing as the 2009.