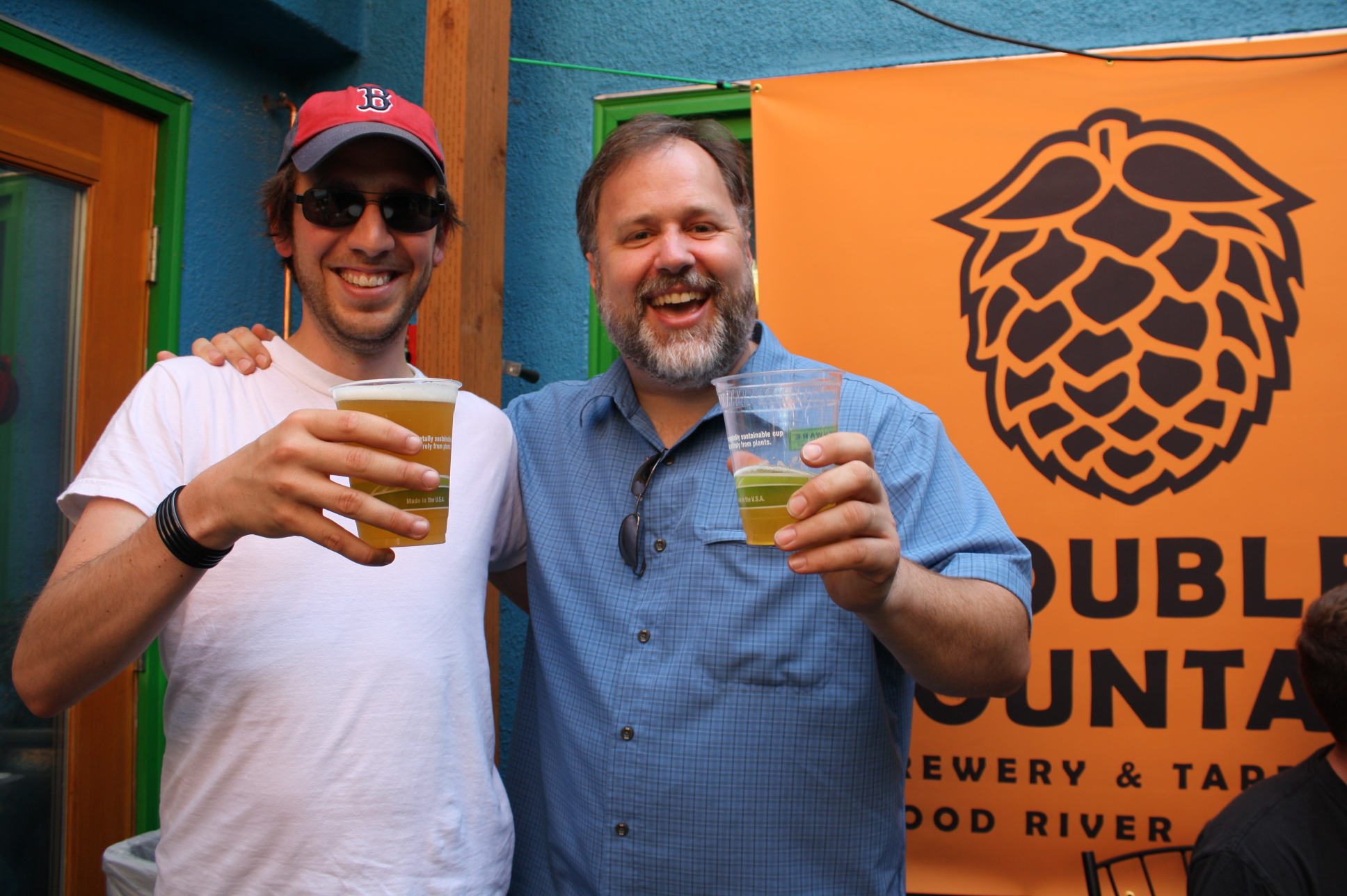 Double Mountain is unquestionably one of Oregon’s top dogs when it comes to the artisan liquid arts. We dropped by East Burn, a prominent player in Portland’s craft beer scene, to say hello to DM’s Charlie Devereux and get a taste of the Hood River brewery’s new crisp, blonde India Pale Ale dubbed “The Vaporizer.” I asked Charlie some questions about his new beer and what is shaking these days at Double Mountain.

Where did you come up with the concept and name for “The Vaporizer”?

Charlie Devereux: We have a chalkboard for potential beer names on the wall upstairs in our office — on the way to the employee rest rooms, actually — and anyone can contribute. It’s littered with some pretty funny ideas. (My current favorite, which will never be ready for primetime, is “I’ve Fallen and I Can’t Get Up.”) Anyway, Matt was walking by one day and saw “The Vaporizer” up there, and came into my office and said, “I don’t really know what that is, but I like the name for some reason.” So we ran with it. It sounds kind of science-fictiony, and to potheads it has a whole other meaning. I should probably leave it at that.

As for the beer, we wanted to do something that would really highlight some quality hops and yet not be an icepick-to-the-forehead kind of experience. We like those too, but we thought that this would be a good direction to go this time. We try to bring a fresh approach, to give ourselves the freedom to mix it up a bit, and to defy expectations now and then, too. 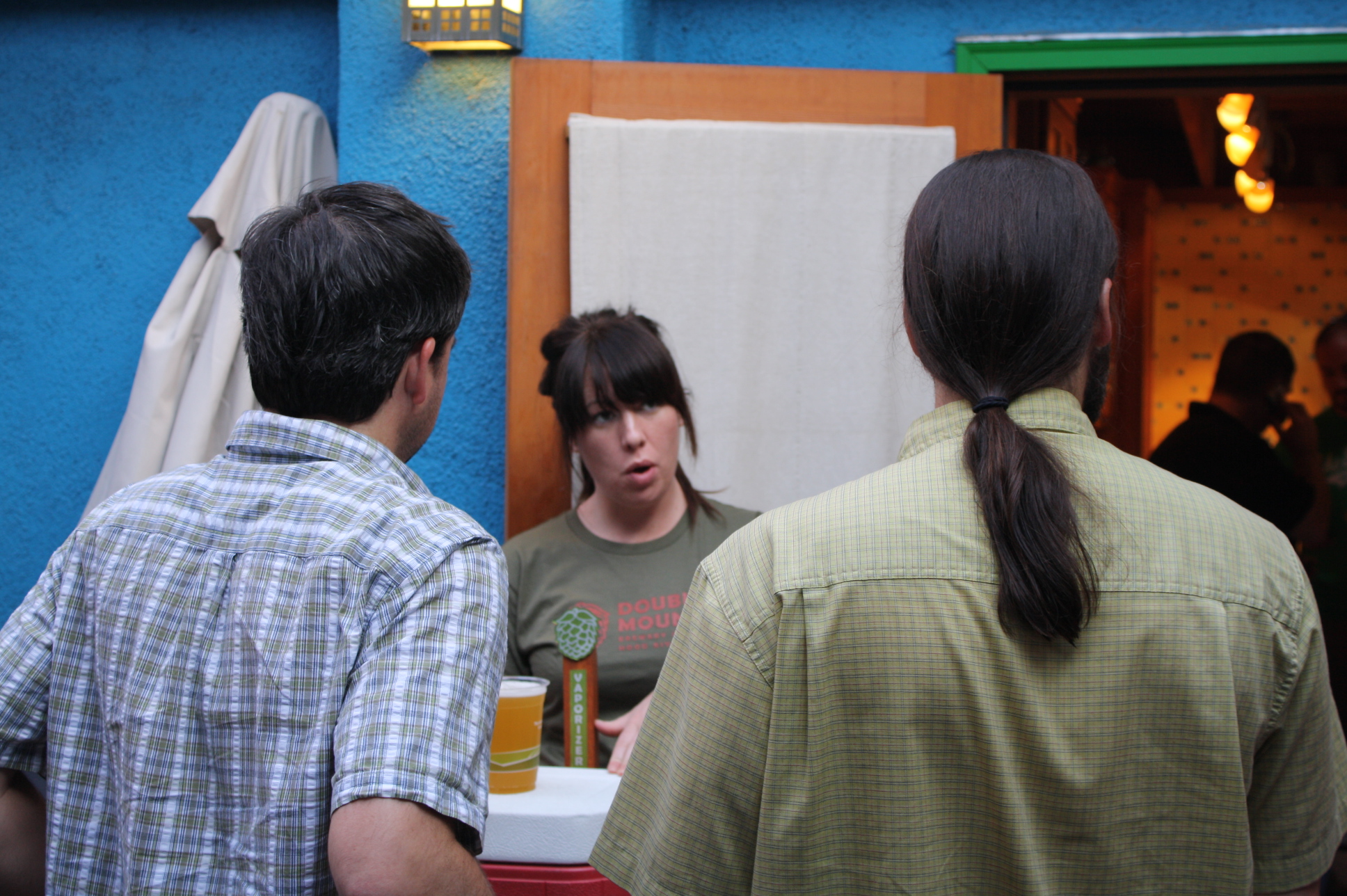 The domestic Challenger hops were an impulse purchase, made on our trip to Yakima last fall to rub the ’09 crop. The brokers typically lay out a variety of different field lots of the hop varieties that you request, then add a few “grab bag” varieties on the table as well. We hadn’t used Challengers in any other beers to date, but they rubbed nice and so we bought some, with the idea of perhaps building an as-yet-undefined beer around them. Eight months later, our memory of what the Challengers had going on and why we liked them were a little vague, but once we cracked some boxes open, it was one of those “nice call!” moments. 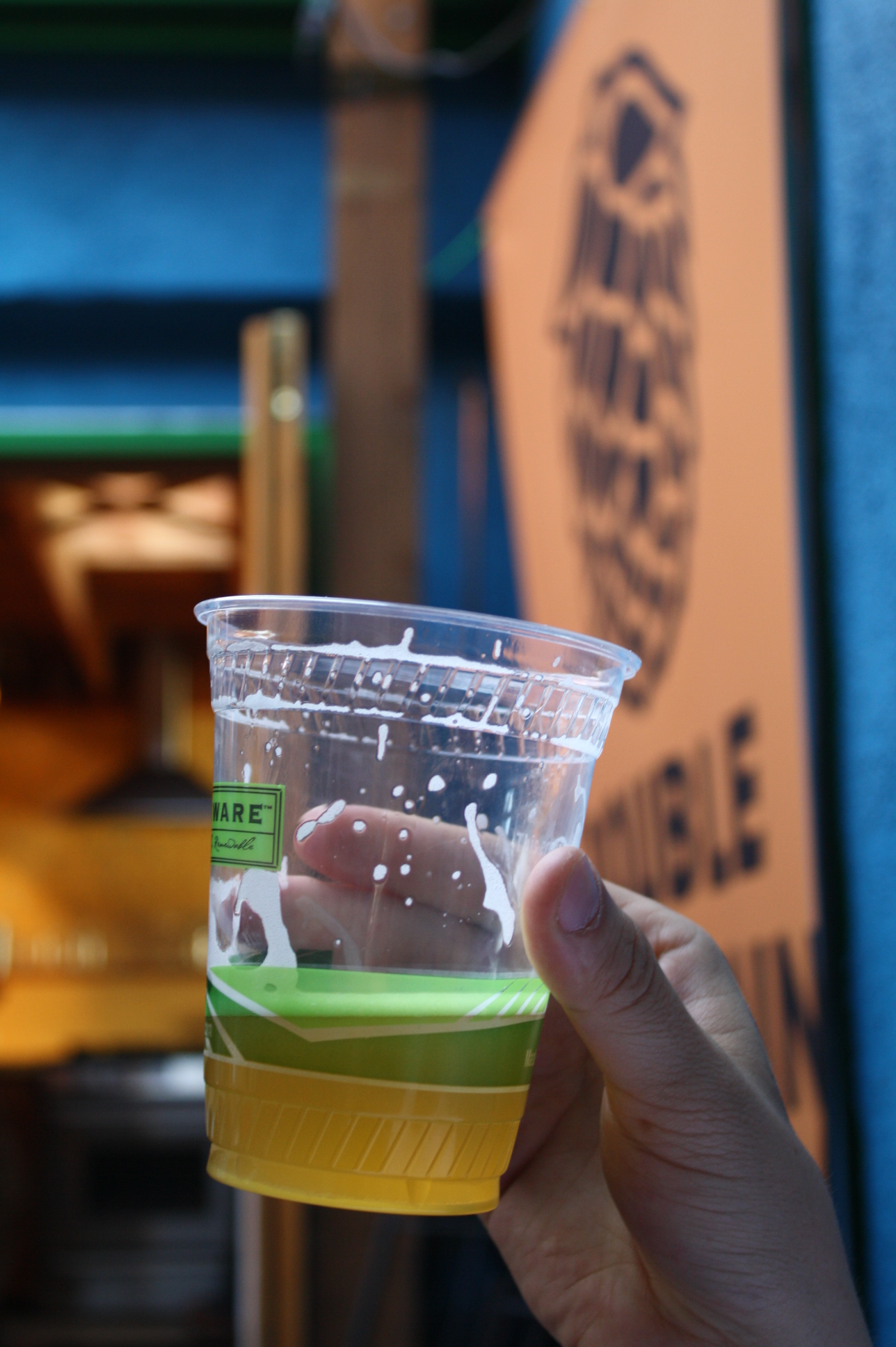 There are no specialty malts in this one, just our house Pilsner malt, so that makes it a pretty unique offering as far as hoppy ales go. This beer really shows why we like the Gambrinus malt so much — it has a really pleasing profile all by itself. As for ABV, this beer only about 6%, which is somewhat low in our spectrum. It should be a good seasonal quaffer for the hopheads, while it lasts.

What beer events coming up do you most look forward to?

CD: I’m a big fan of grass under my feet at beer festivals. The NAOBF, Brews, Blues and BBQs in Stevenson, and the OBF fit that bill. This will be our first year at the OBF, so that’s exciting. We’ll be pouring IRA. 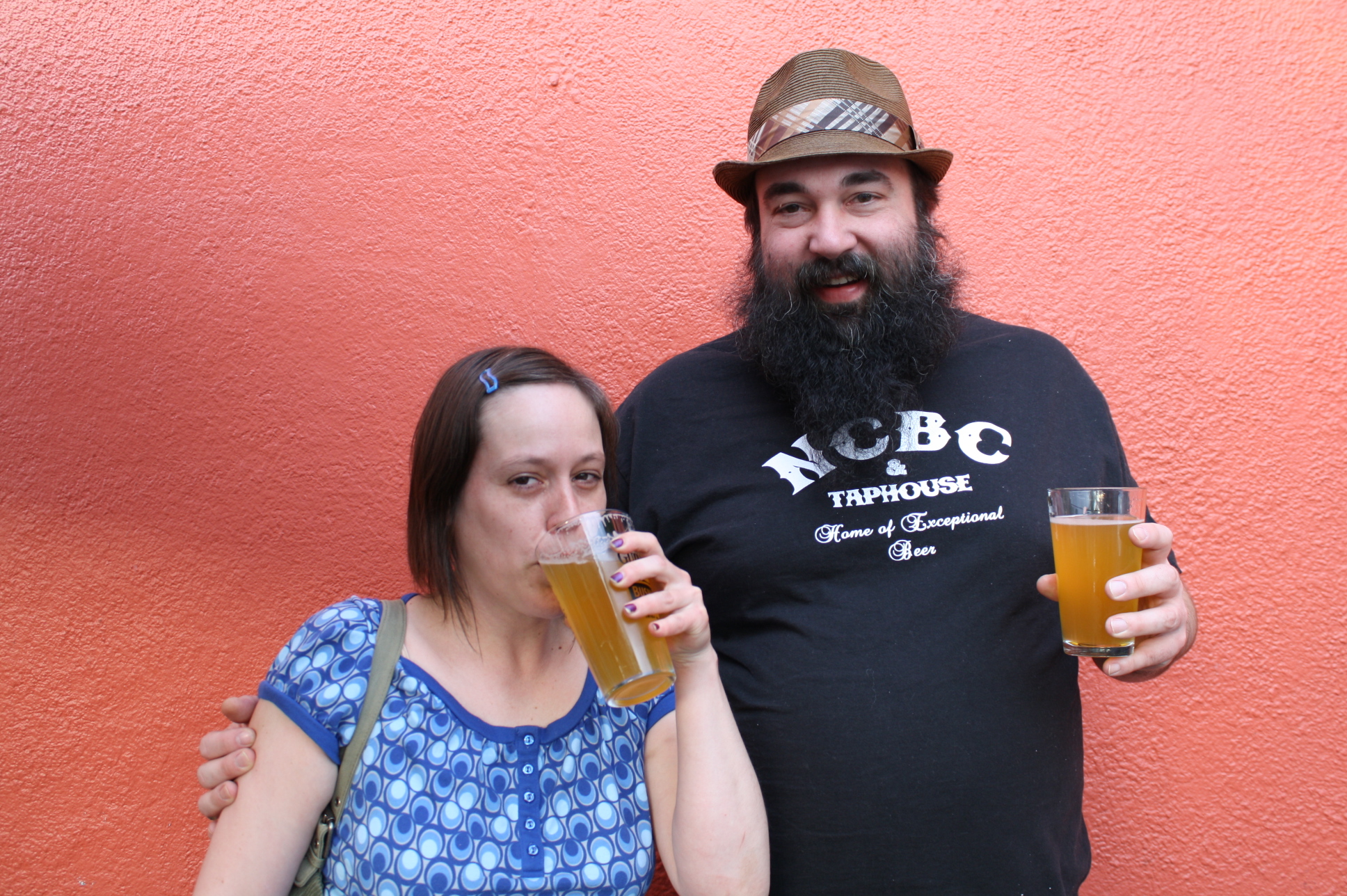 Been noticing the Kolsch around town more and more. Is this your new flagship or just a seasonal favorite?

CD: Kolsch has been a year-round thing for us from the start, and it picks up some steam with the warmer weather. When we started, we wanted our “lighter beer” offering to be approachable yet very characterful, and Kolsch does that well for us.

Do you guys ever plan on bottling these wonderful brews of yours?

CD: We intend to bottle, but right now we are limited on space, so it’ll basically be just draft for awhile. Once you turn on the bottling program, you need to be ready to support it 100-percent, and we don’t have all those resources in place just yet. But we are toying with doing some small-run, limited-release bottled beers in the meantime. 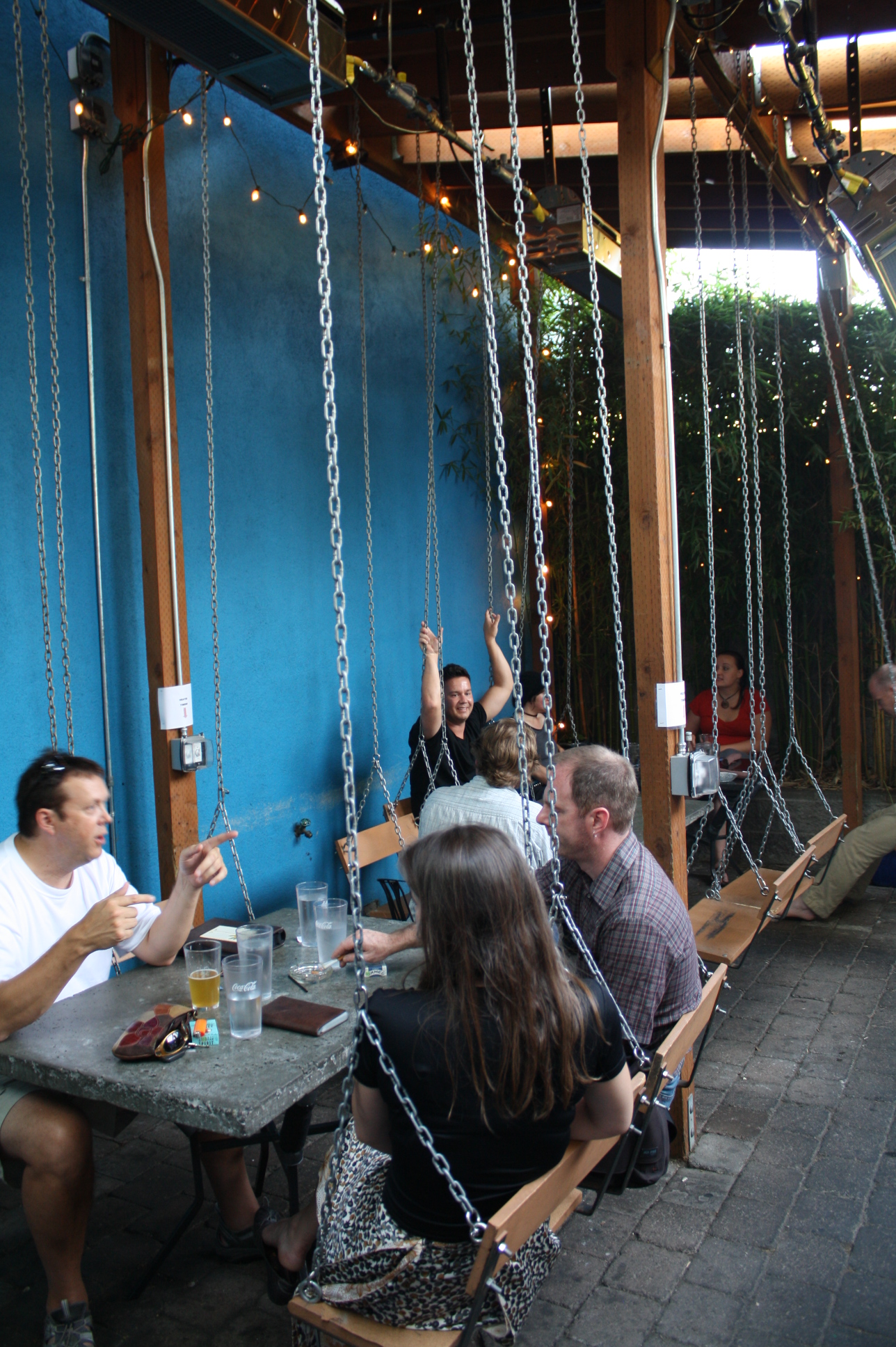 Are you guys still working on Lambics and other imaginative Belgian styles? 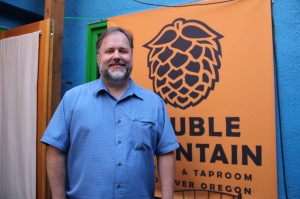 CD: Matt has made a handful of different Belgian-inspired ales since we opened in March ’07 and will definitely continue to do so. Devil’s Kriek is a franchise we intend to revisit every year at harvest season. Matt brewed 20 barrels of it last July, again with cherries from his own orchard, and it’s been in a fermenter ever since. This year’s version is less in-your-face funky than last year’s, more refined. We’ll be premiering it as part of Belmont Station’s Puckerfest next month. There’s also a few barrels’ worth where he used Rainiers instead of Bings, which should make for an interesting comparison. 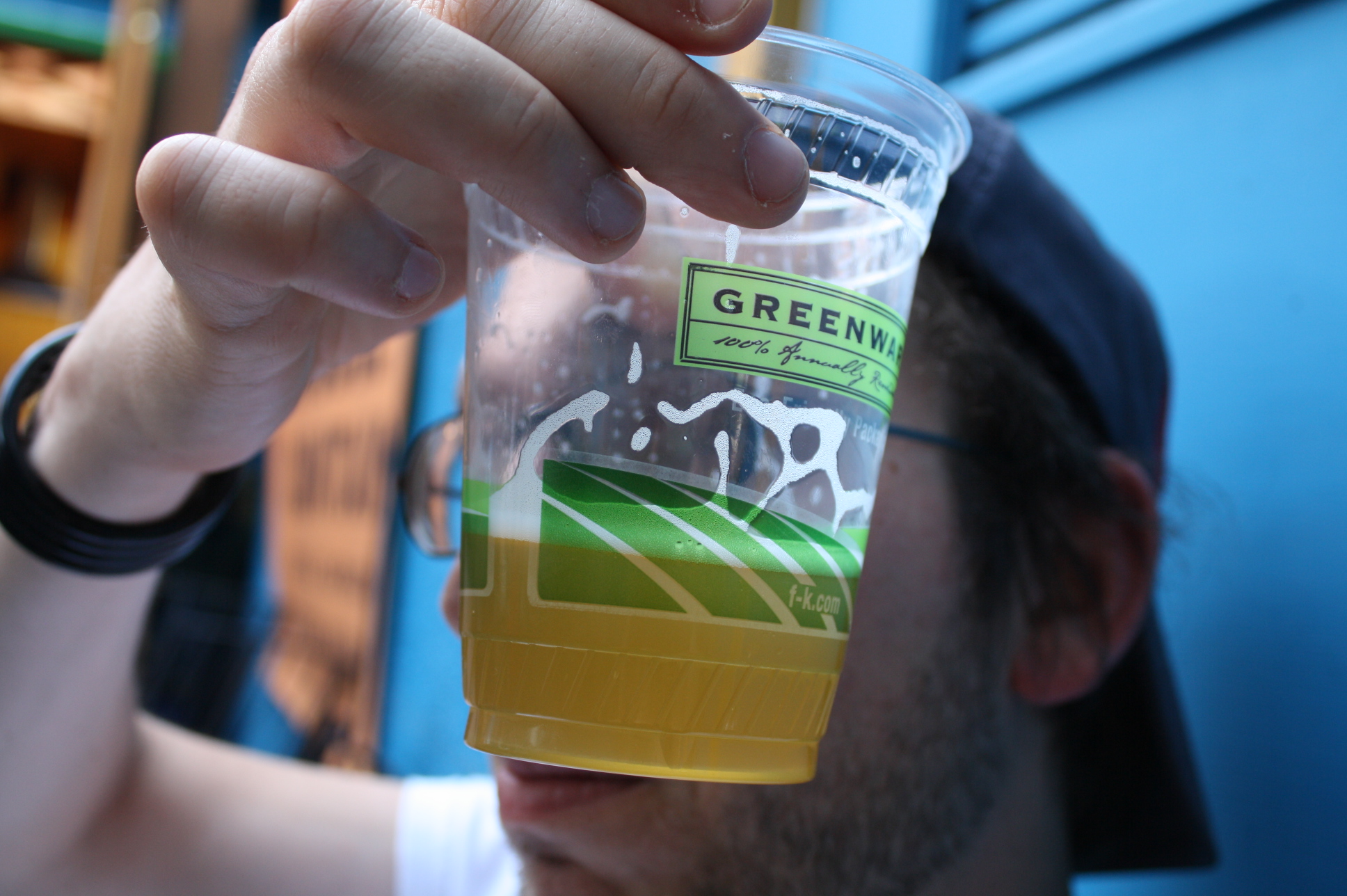 Do you picture world domination in the foreseeable future?

CD: No, that’s not really our bag. We have a great distributor here in Oregon (Point Blank Distributing) and we’re mostly concerned right now with growing to support their growth, as opposed to pushing sales for the sake of pushing. We will probably look to turn on Seattle at some point in the near future, but probably in a limited way until we’re in bottles. Other than that, we’re busy taking care of the hometown faithful in Hood River and making sure Portland has ample supplies.

We consider ourselves extremely fortunate to have such a receptive audience here for what we do. This a great time and place to be a small brewer, and we never want to lose sight of that.