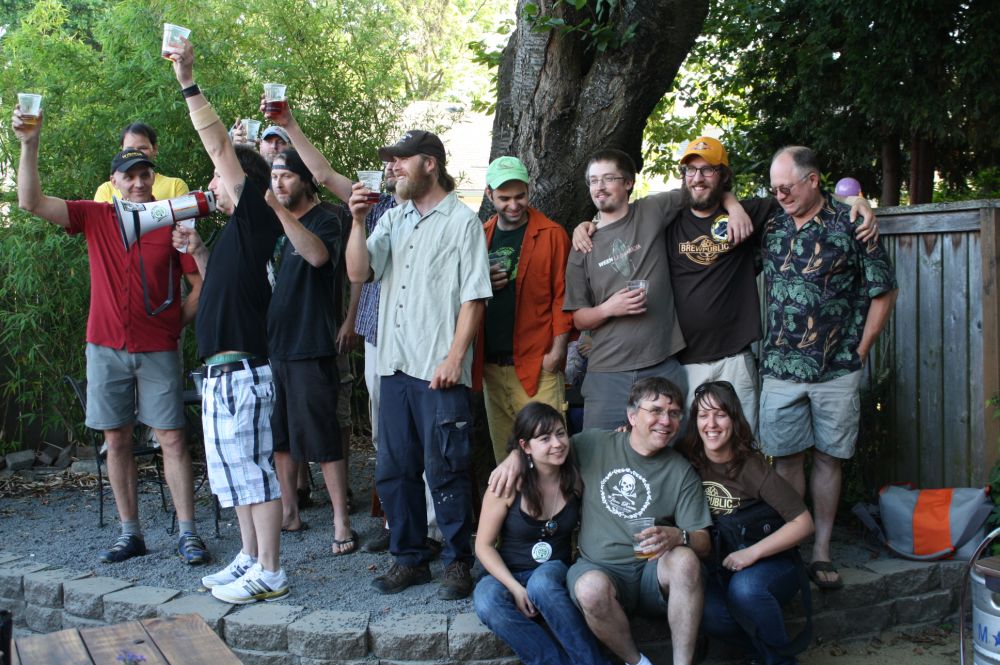 By The Oregon Brewers Guild

Oregon celebrates its sixth Oregon Craft Beer Month (OCBM) in July 2011 with more than 200 beer related events taking place at breweries, brewpubs, bars and restaurants across the state.  The festivities will be bookended by the first ever OCBM Kick-off Dinner and Beer Tasting  at Jeld-Wen Field on July 1 and the annual Oregon Brewers Festival (OBF) at Portland’s Waterfront Park from July 28 – 31, which draws 70,000 attendees each year.  Oregon Craft Beer Month recognizes the important role the beer industry plays in the economy, and vibrant culture that makes it so unique.

“Many cities and states have adopted similar programs like beer weeks in recent years, but Oregon was the first state to do a beer week in 2005 and beer month in 2006,” said Brian Butenschoen, Executive Director of the Oregon Brewers Guild. “It’s obvious that beer is an integral part of our culture and Oregon Craft Beer Month is an opportunity to stop and appreciate the passion and talent we have here.”

Even non-imbibers have reason to honor Oregon Craft Beer Month.  Oregon’s brewing industry plays a vital role in the economic health and vitality of the state, with a total economic impact of more than $2.44 billion.  Oregon is arguably the epicenter of America’s craft beer renaissance and boasts 82 brewing companies, operating 114 brewing facilities in 48 cities.  Oregon breweries directly employ more than 4,900 full and part-time employees. A thriving brewing industry supports a variety of local businesses including barley, hops, yeast and glass producers as well as providing a draw for tourism across the state.

For the first time ever, the Oregon Brewers Guild will host an official OCBM kick-off festival at Jeld-Wen Field from 5:00 – 9:00p.m. on Friday, July 1.  More than 24 breweries representing all seven regions of the state will be at the festival.  Admission is $50 and includes 12 tasting tickets, a stemmed tasting glass, program, and barbecue buffet from Center Plate Catering. Tickets can be purchased at http://oregoncraftbeermonth.com/general/ocbm-kick-off-3/

A sample of other eclectic beer-focused events taking place during the month includes:

The North Portland Craft Dash is a “good cause” 5k that celebrates the neighborhood’s best beer offerings.  Participants receive a commemorative t-shirt and pint glass and beer at each of the five stops on the run. Male and female grand prizes include a case of beer every month for a year from Widmer! All proceeds go to North Portland’s Open Meadow Alternative School.

Now in its fifth year, Puckerfest has grown to become one of the most popular little festivals in July. Appropriately sandwiched between the Portland International Beer Festival and the Oregon Brewer’s Fest, Puckerfest 5 is shaping up to be the best yet. Beer lovers can look forward to a rotating cast of 10-12 funky beers on tap daily, along with numerous “Meet the Brewer” nights where brewers from around the region share their stories and some extra special beers.

Join 650 fellow brewers and OBF lovers at the annual Brewers Brunch. This year’s event is hosted by McMenamins at the Crystal Ballroom, which also houses Lola’s Room and Ringler’s Pub. Tickets cost $40 each and include brunch, two pints of McMenamins beer, souvenir t-shirt, an OBF souvenir mug and four tasting tokens. Following the brunch, join the Transcendental Marching Band and the group as they march down Portland streets to the opening ceremonies at Tom McCall Waterfront Park.

The most current list of OCBM events and activities can be found at http://oregoncraftbeermonth.com.  Beer is all about building community, and OCBM revelers across the state can share their beery adventures on Twitter using the hashtag #OCBM.

About the Oregon Brewers Guild