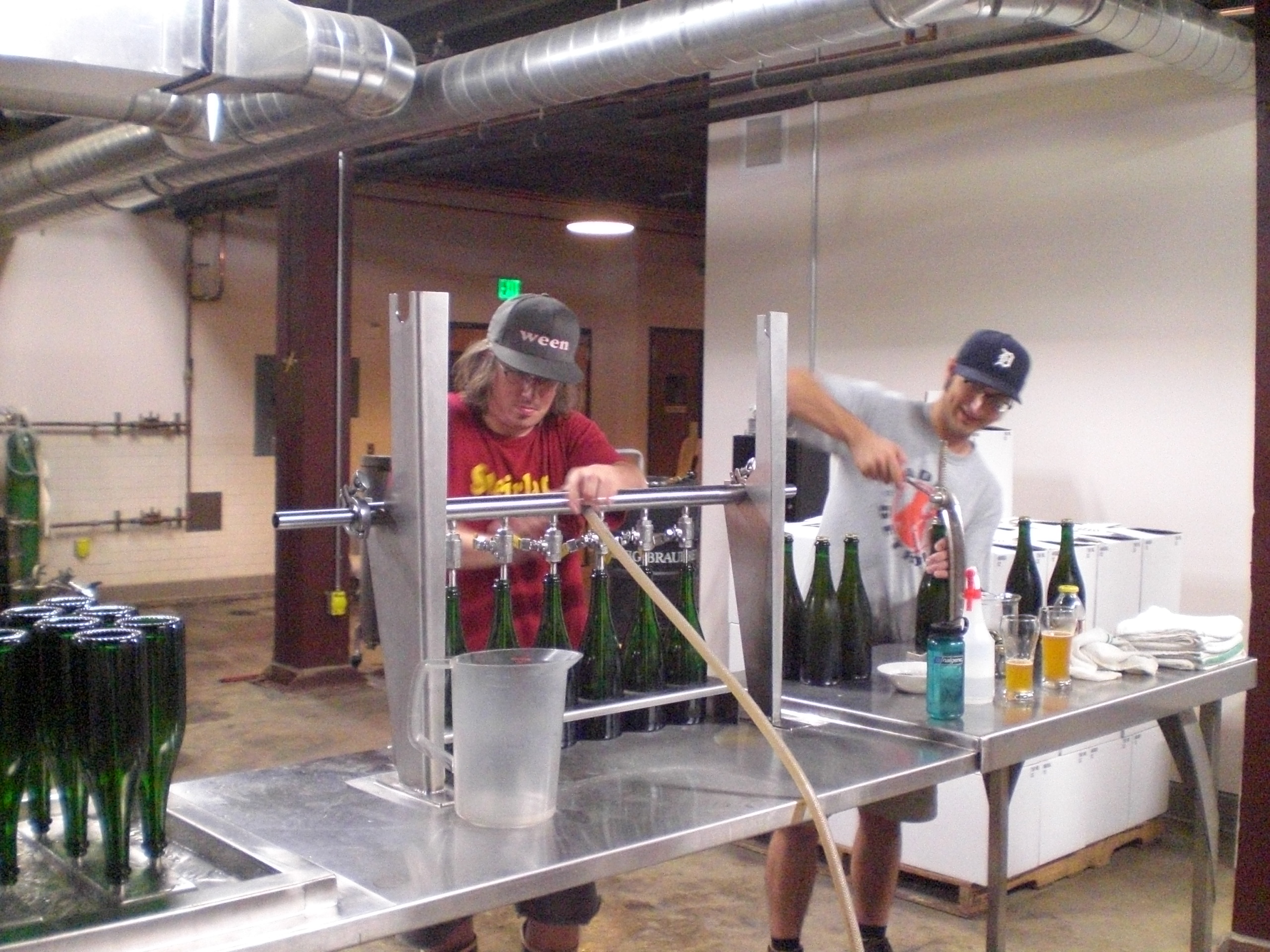 Tuesday is known for bargain beers pouring around the city. Places like New Old Lompoc and Roots have for sometime offered specials on pints. The swankorific crowds of young quasi-connoisseurs at East Burn can enjoy $2 pints from 16 taps of craft beer all day and night on Tuesday-still a deal yet to be beat for the person with a passion and a palate for primo pivo. Here’s a couple of other events going on today that you might not want to miss out on:

Portland’s Green Dragon, known for the weekly meet and greet with various brewers and beer folk, on Tuesday 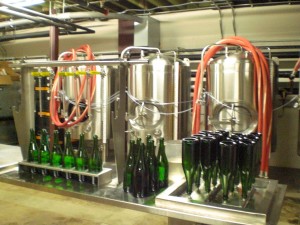 welcomes Upright founder and brewer Alex Ganum. Ganum has been a busy beaver of late, getting his new brewery off the ground. Ganum and brewer Gerritt Ill have been laboring to concoct an assortment of Belgian-inspired ales from their basement space of the recently renovated Left Bank Building (near the Rose Quarter off Broadway in NE Portland). Along with numerological faves like the crisp wheaten Four, the hoppy farmy Five, the dark rye Six, and the stronger Seven, Ganum and Ill have also devised some unique recipes like their Reggae Junkie Gruit, inspired by a Ween song, and replacing hops with an assortment of delicious herbs like lemon grass, hyssop, chijuan peppercorn, and bitter orange peel. Upright’s interest in healing herbals is evident in their latest brew, the Flora Rustica, a soft, golden saison brewed with yarrow and calendula. 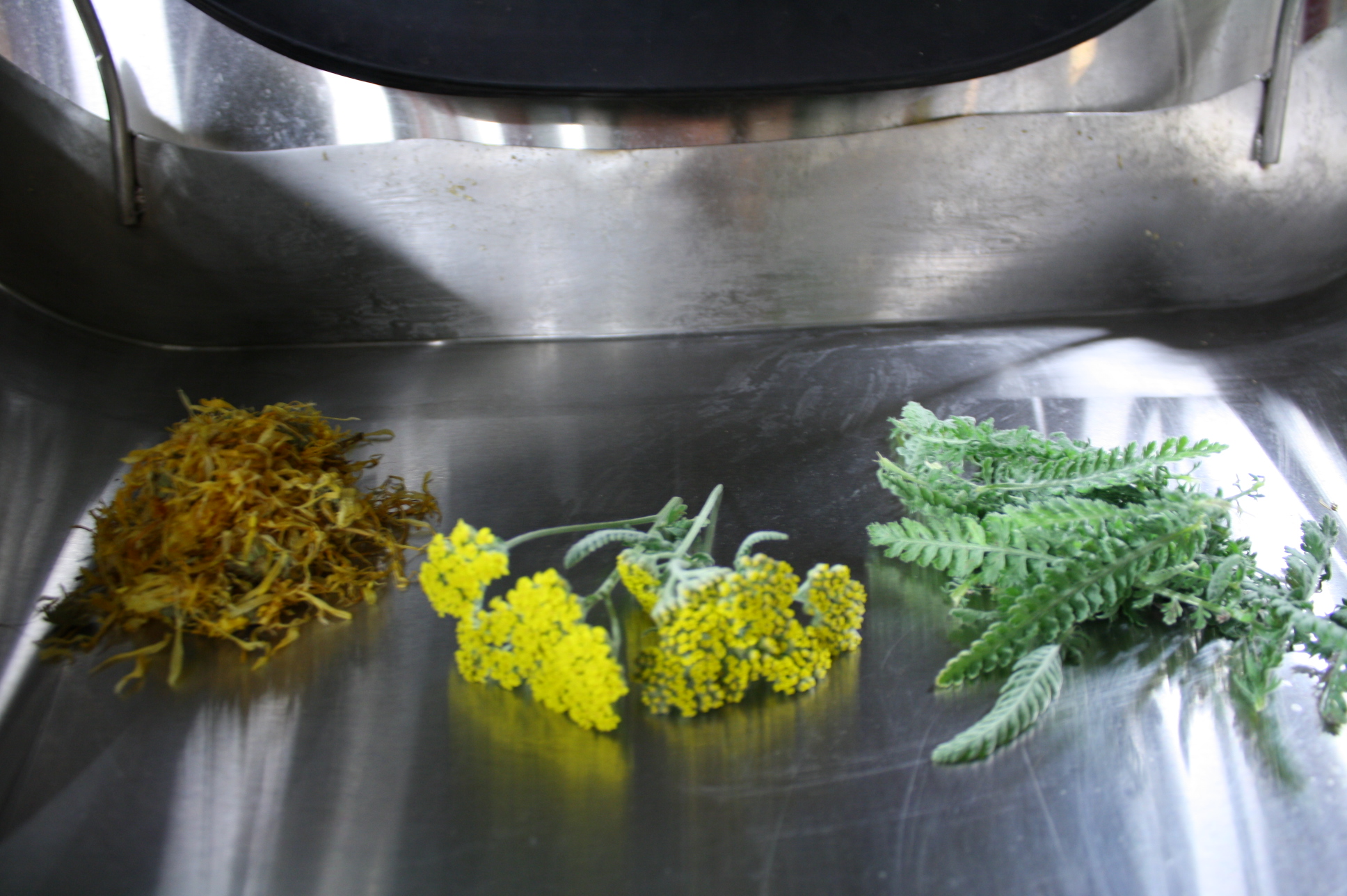 The brewers have not only been headlong into brewing, but they’ve also recently opened a quaint little taproom, open on Fridays and Saturdays. In addition to this undertaking, Upright is now bottling their brews. Their first round of bottles will be the Four, available soon at the brewery in 750 ML bottles. Last week, I helped with Upright’s bottling line, as multiple barrels of the Rustica were capped up. Look for the Five and a beer called “Pure Wit” out in bottles soon as well. 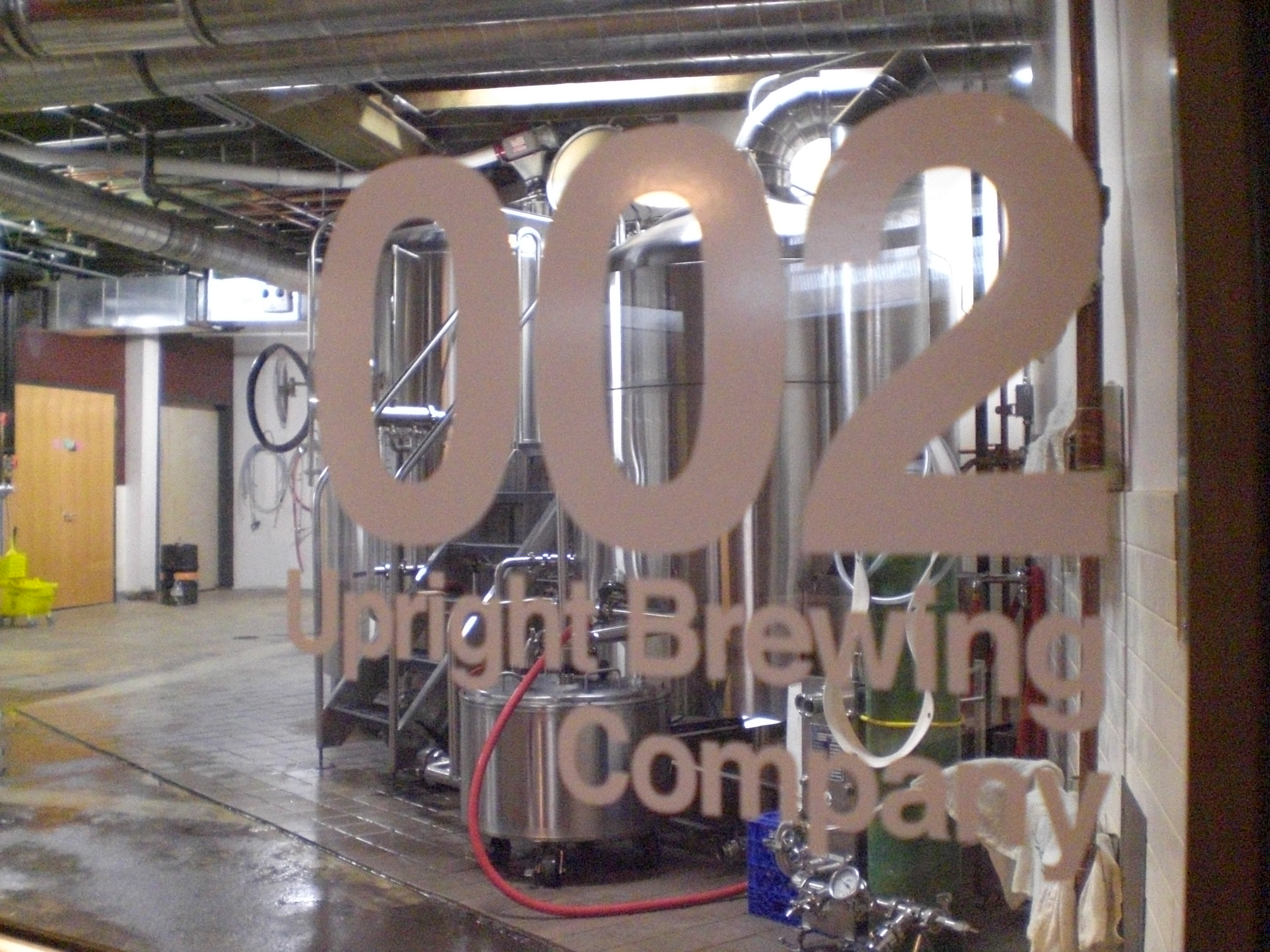 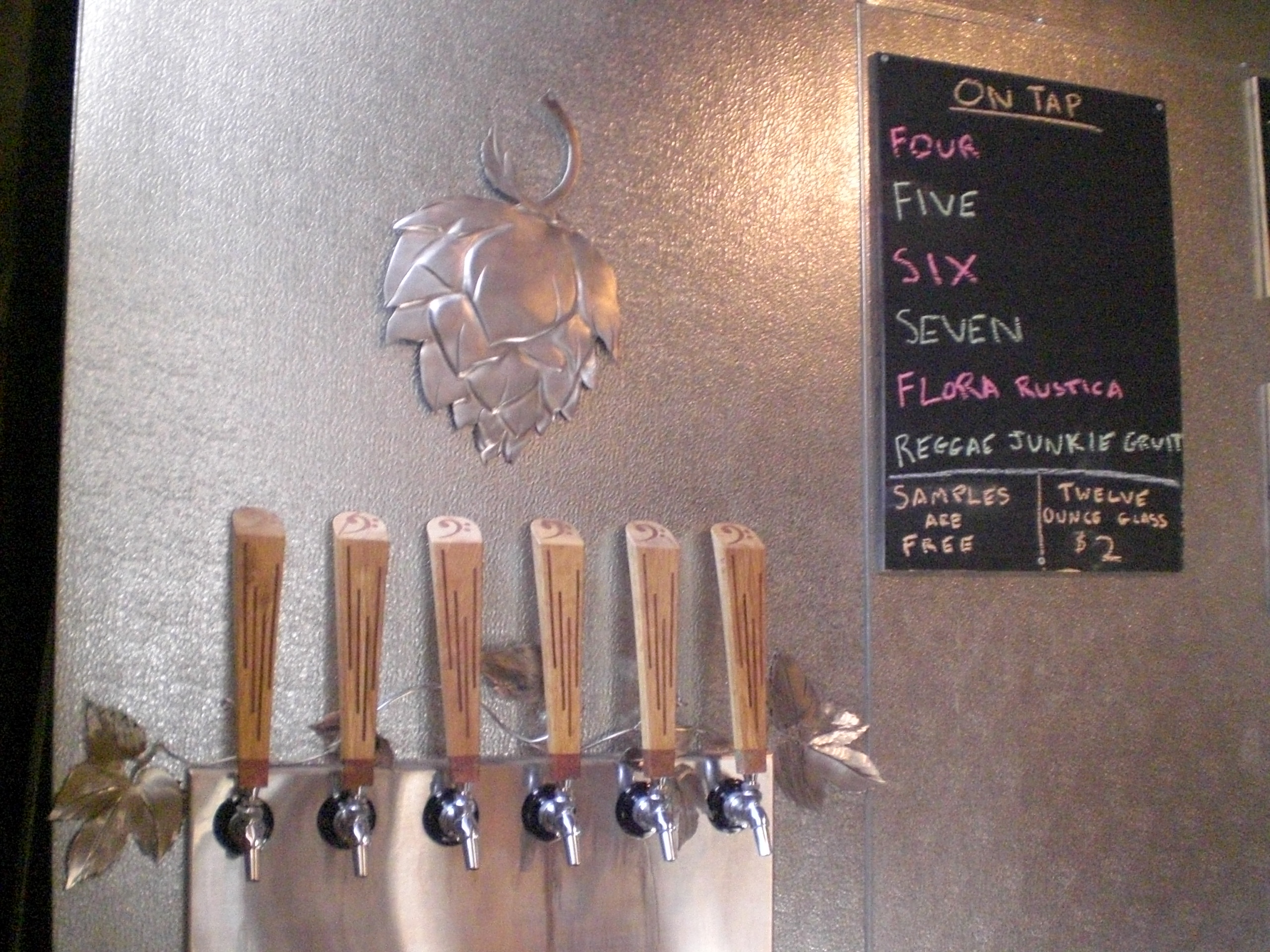 Hopworks Urban Brewery will tap the Whoop Whoop Wit, a special beer dedicated to former Portland Mayor and Goose Hollow owner Bud Clark. Clark, known for his famous “whoop whoop” greeting about town, will ceremonially tap the first barrel of this classic wit. At 4.5% ABV, this summer refresher , according to brewer Ben Love,has “an inviting aroma of curacao and sweet orange peel, coriander and other spices. Naturally cloudy and refreshingly crisp, this beer is perfect for summer days.” Join HUB and the former Mayor tonight Tuesday August 4, 2009 @ 4PM for this tapping to be remembered. 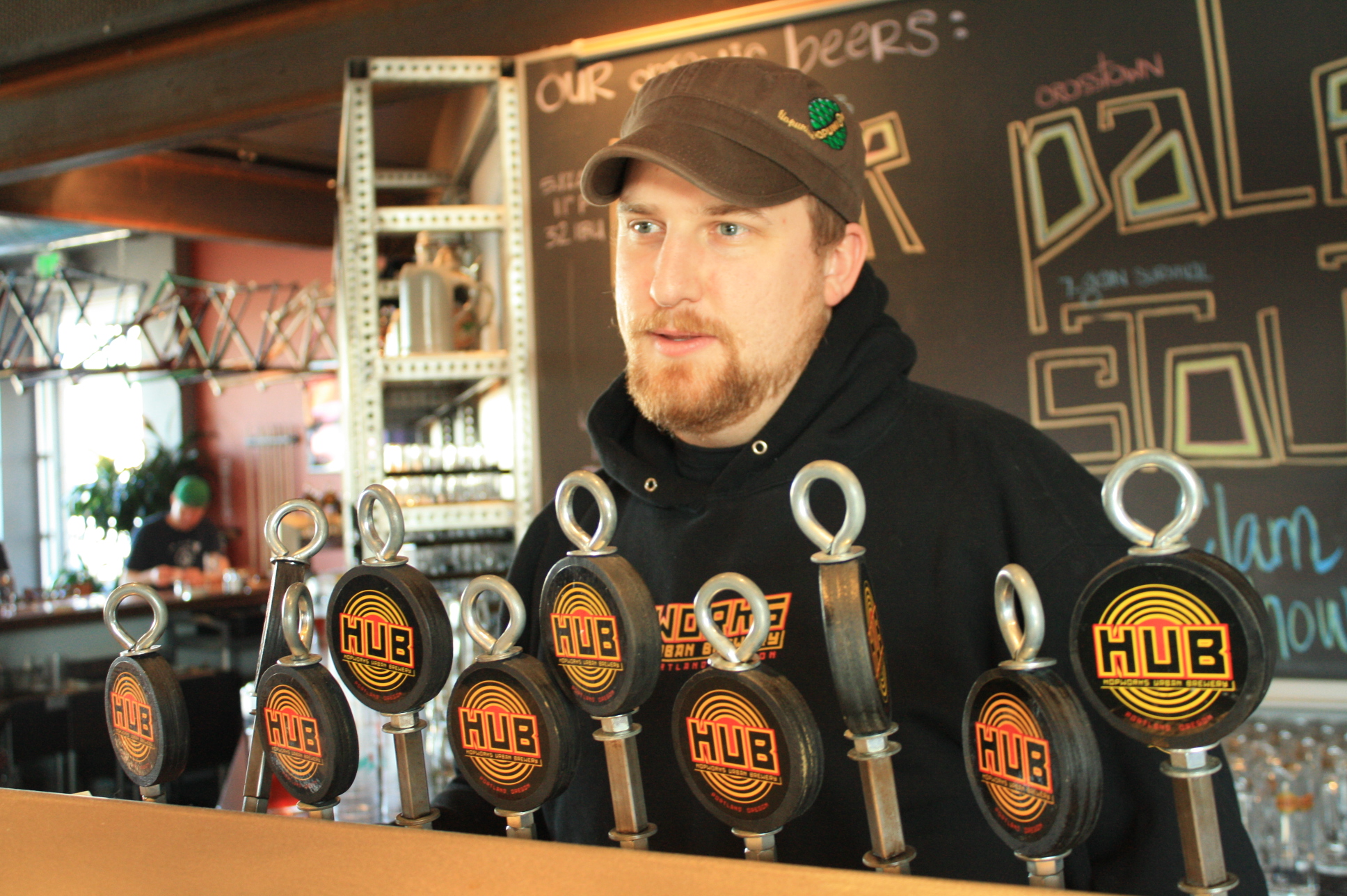 Speaking of Hopworks, the brewery has been continually cranking out new and innovative beers in addition to their new Wit. I spoke to Ben Love today amidst a brew session of a fresh batch of summer Kolsch. He informed me that a special new brew will be released to celebrate Hopworks 300th batch. The beer, simply dubber “300” is what Love calls “a new style of beer.” Described as a “Summer Strong Ale” style of beer, Loves descriptor indicated that the 300 “has pronounced floral and spicy hop aroma backed by a toasty malt aroma. It’s golden color invites you in to a full flavored beer, with a spicy, slightly citrus flavor and full, sweet malt body.” Weighing in at 7% ABV and with a boisterous 45 IBU, the beer sounds great on paper, and I bet it is even better in a glass. On tap now, while supplies last!