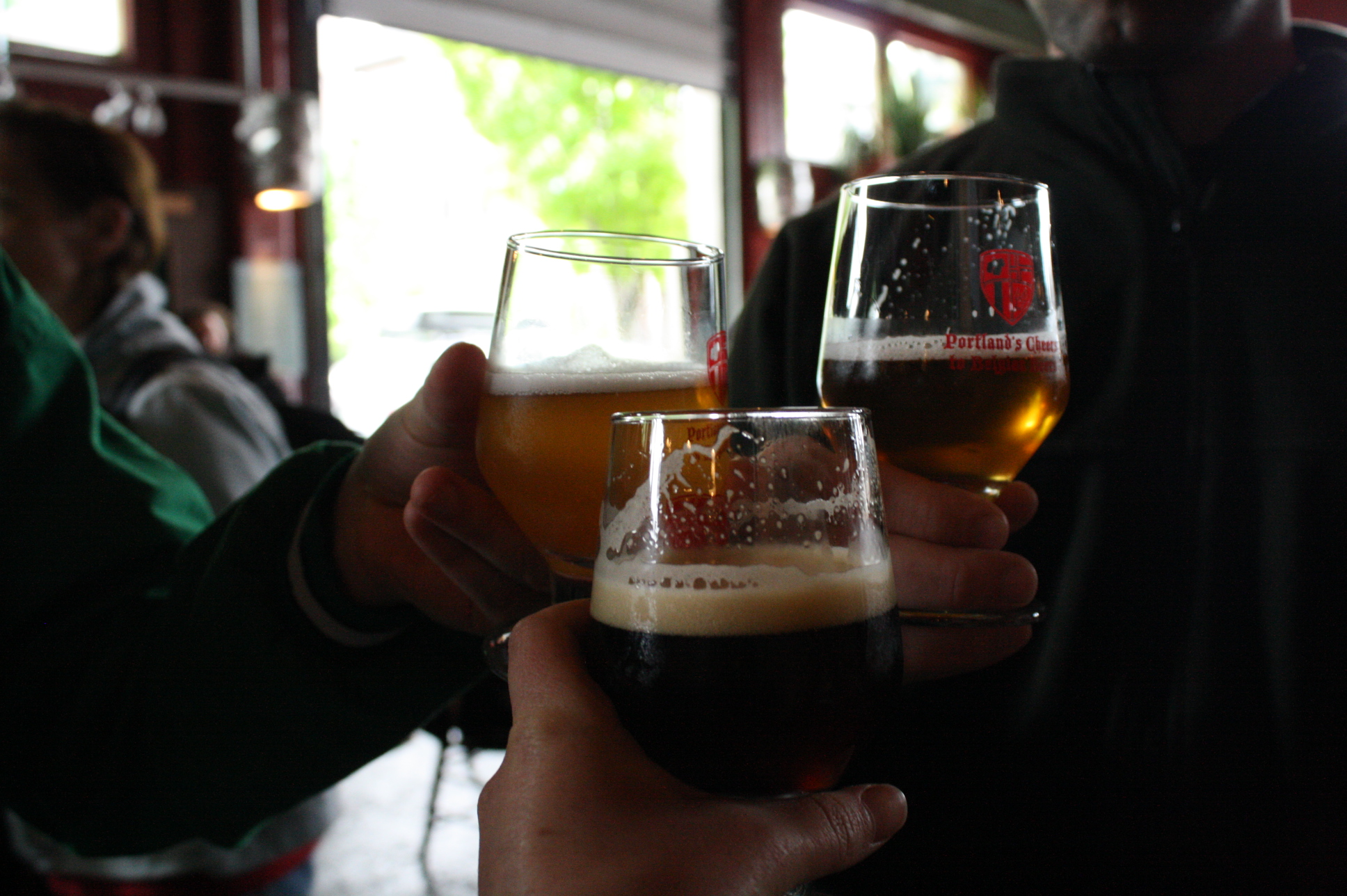 Do you like fun? Enjoy enjoyment? Well, we were very pleased to make our way down to this year’s Cheers to Belgian Beers at the Lucky Lab on NW Quimby in Portland. The third annual installment of the festival was a real hoot with the star of the show being the Ingelmuster (aka Dutch Castle) yeast strain at center stage. All of the beers eligible for people’s choice were producing using this astringent and sweet microbrewer, and there were even some other random Belgians on hand for grins and gags. 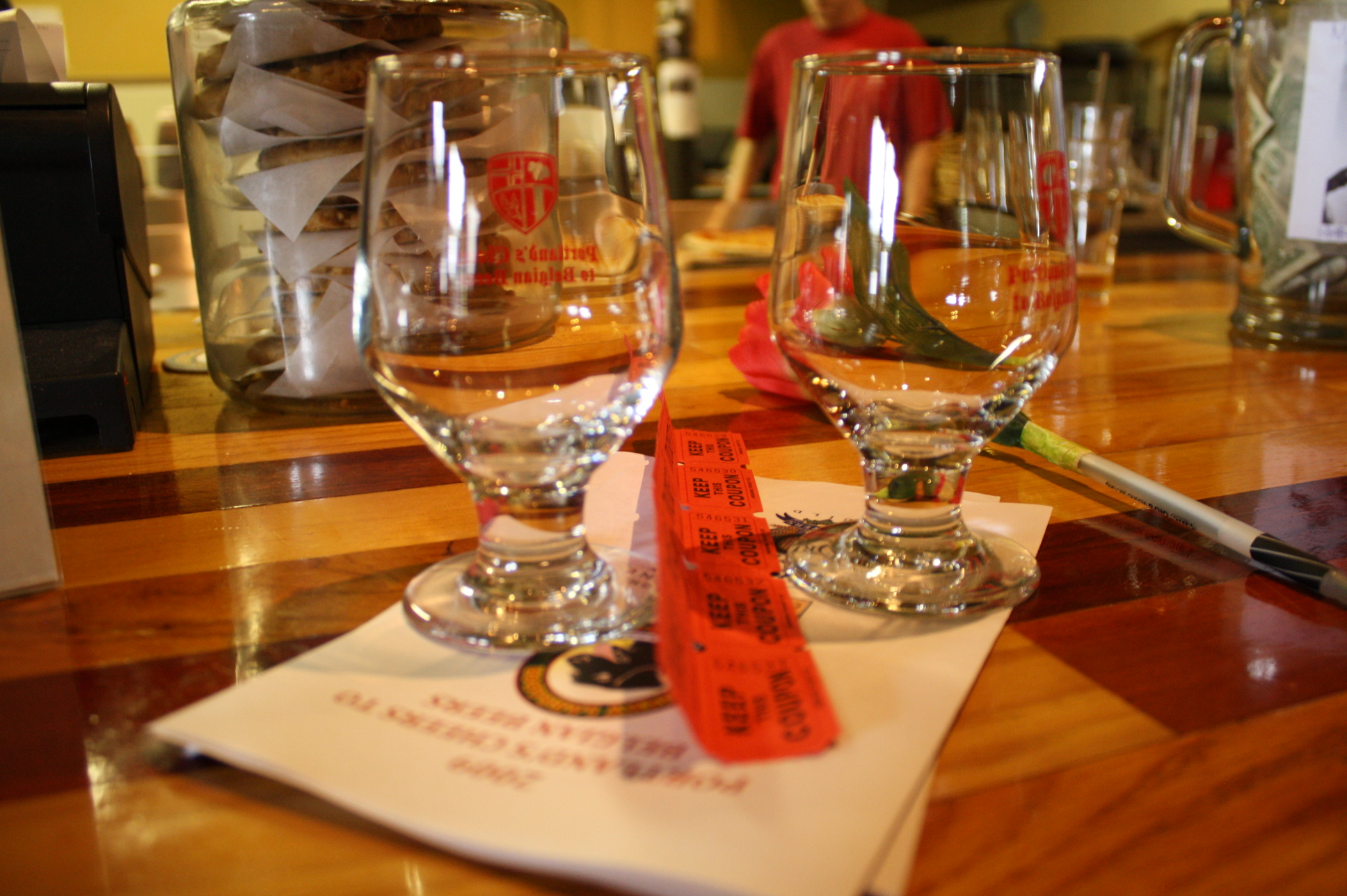 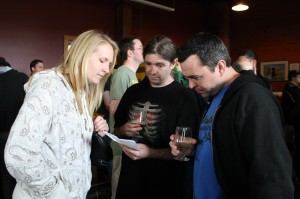 We did not make it to Friday’s kick-off, the first of the two day event’s festivities. According to Ben Flerchinger of the Lucky Lab, this year’s Cheers drew larger crowds than the Barleywine and Big Beer Festival. I guess it can be officially noted that Belgian brews have found their place amongst the hoppy English-styles and are now a mainstay here in Beertown, USA.  To our chagrin, two of the bombest breweries’ beers were fully tapped out when we showed up with our quaffing shoes on. Double Mountain and Pelican, two of the best breweries in Oregon, bid adieu to their brews early. 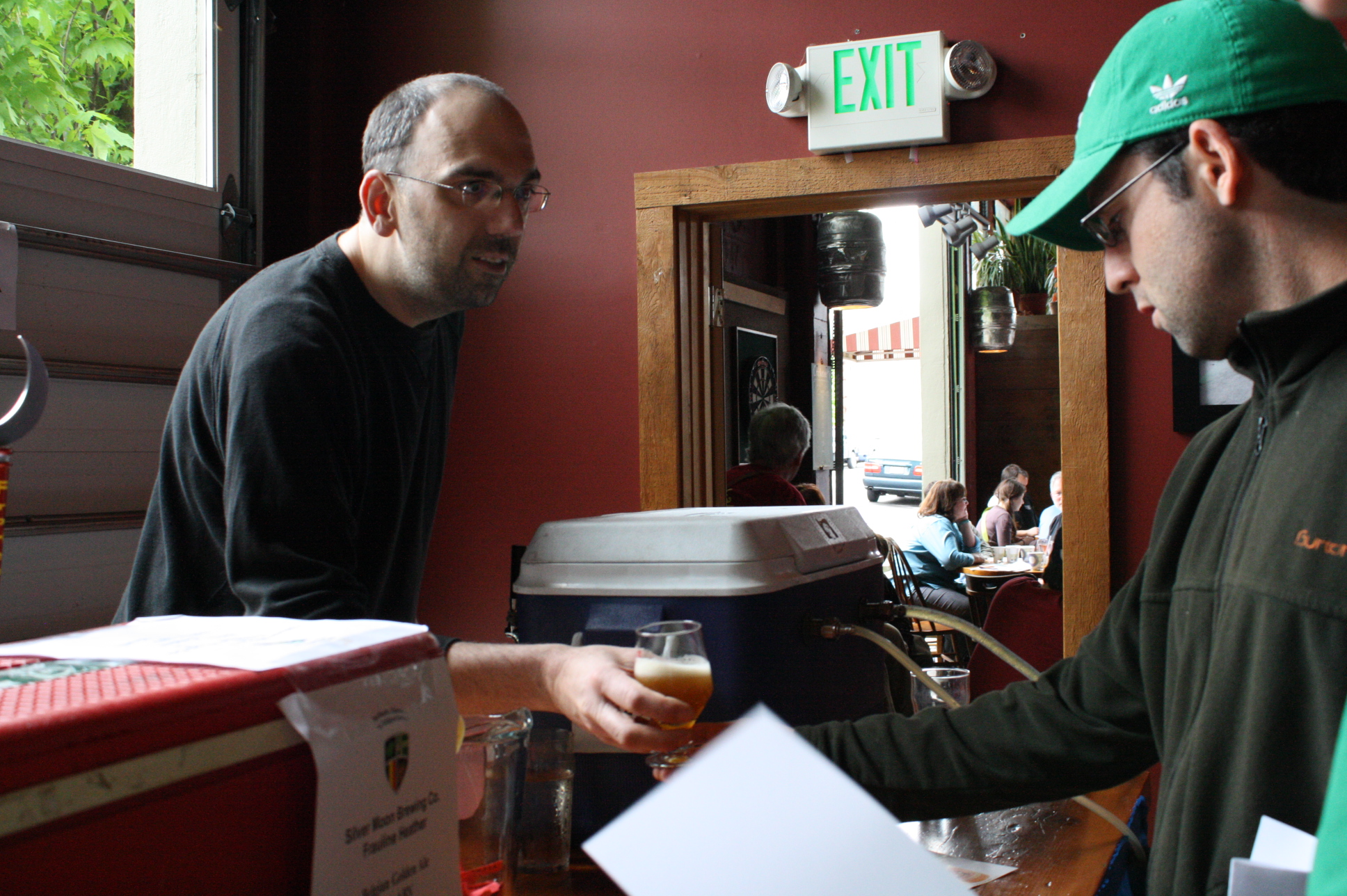 2009’s Cheers to Belgian Beers had all the makings of a typically superb Portland beer festival including many of the usual suspects on hand to snag sips of a variety of industry one-offs as well as competing homebrewers with their own fabulous offerings, some worthy of equivolent praise. Small batch breweries like Philadelphia’s and Silvermoon stood alongside the likes of Widmer and Pyramid to concoct a variety of Inglemunster 3822-derived tasters. 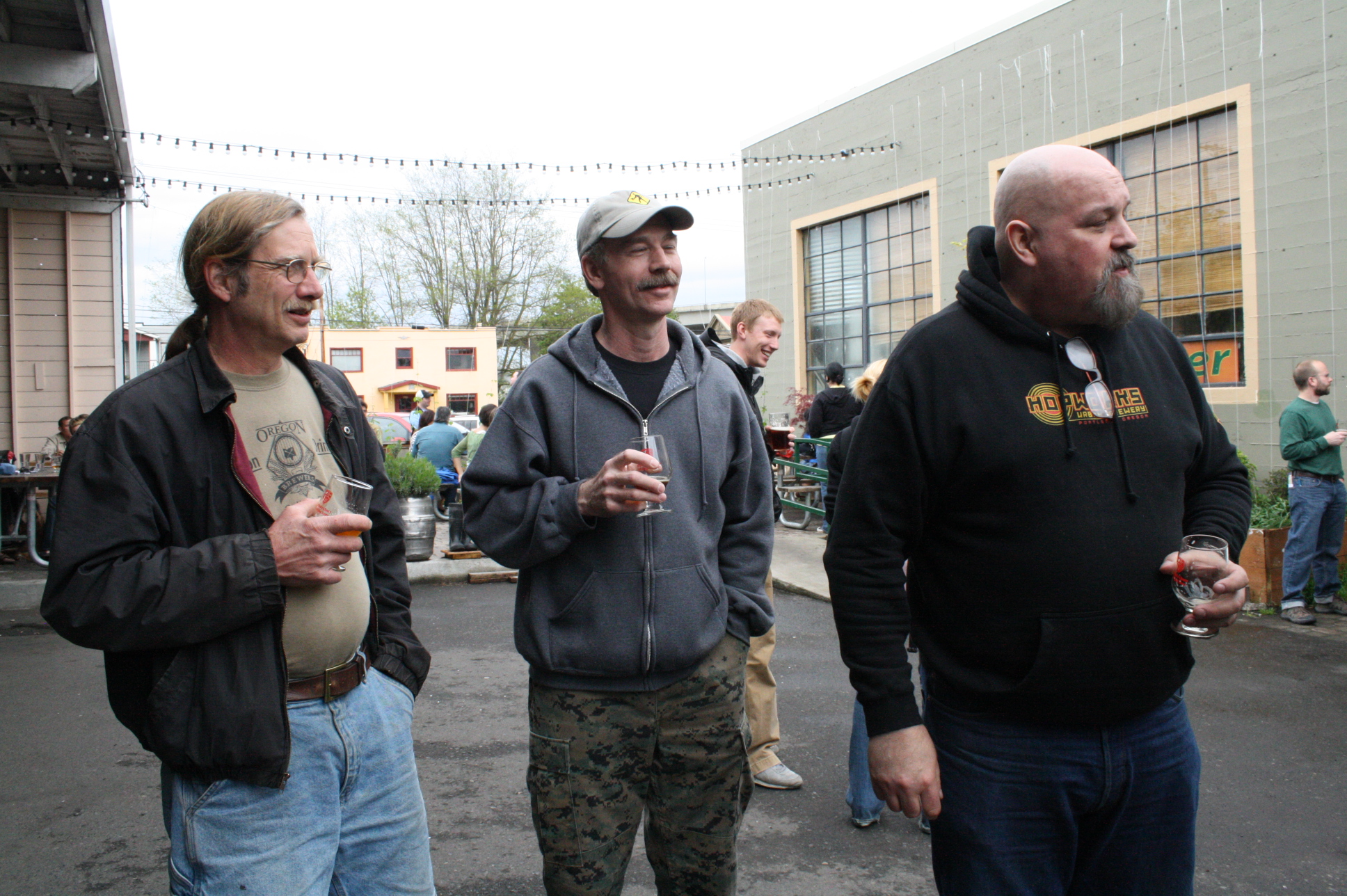 Perhaps the most amazing happenstance of the day was an unbelievable thunder, lightning, high-wind, rain, and ice shower show that demanded the full attention of everyone on site. In the matter of about a minute, the temperature dropped about ten degrees Fahrenheit. Booming skies opened up a torrential down pour of percipitation with the power to ruin anyone’s day caught exposed in its presence. From where we stood beneath the parking structure just west of the building in the outdoor tasting area, we were fortunate that the high winds were coming from the west and the exposed entrance to the shelter was opposite from mother nature’s beatdown. It was buck nutty! 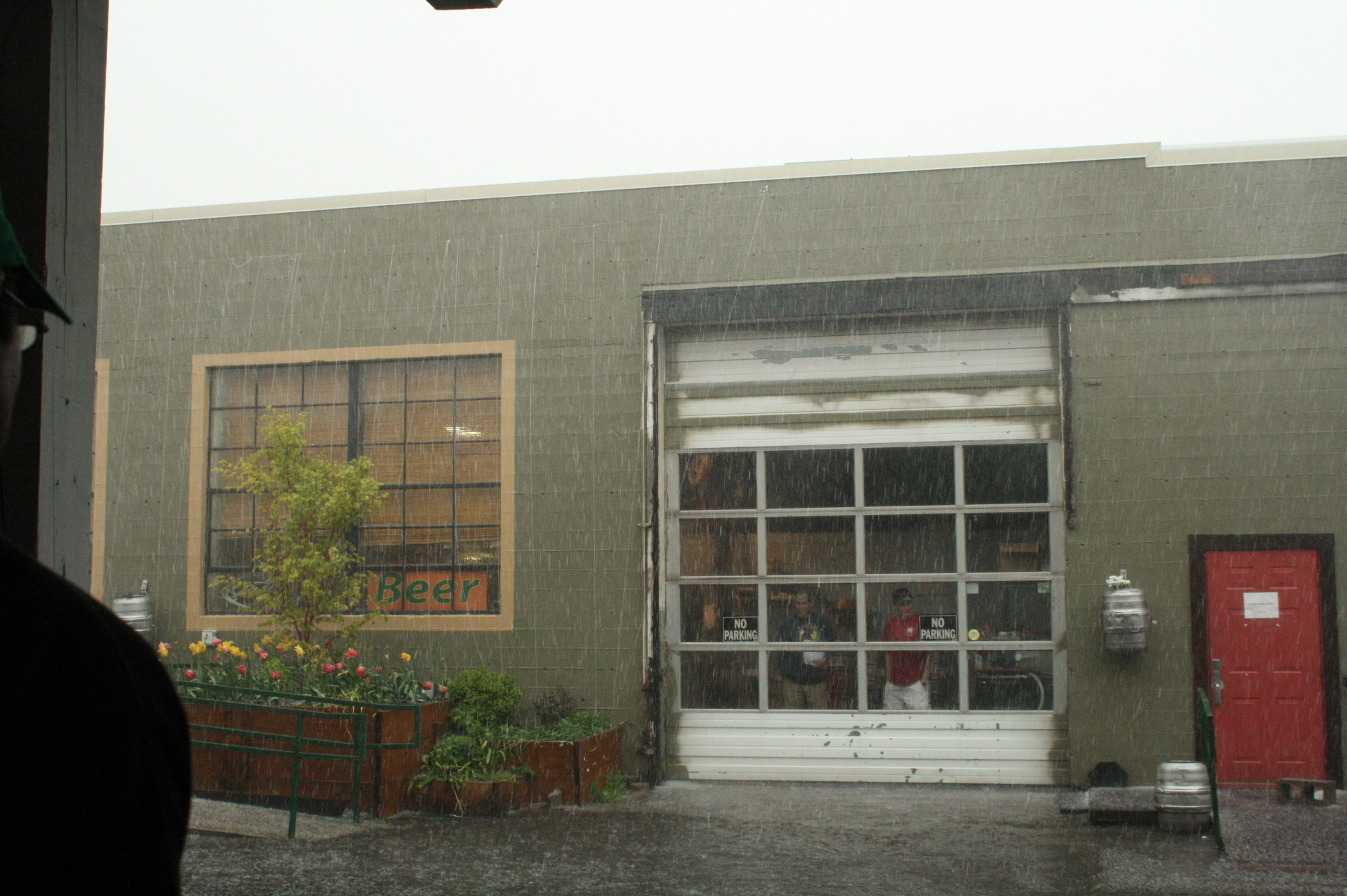 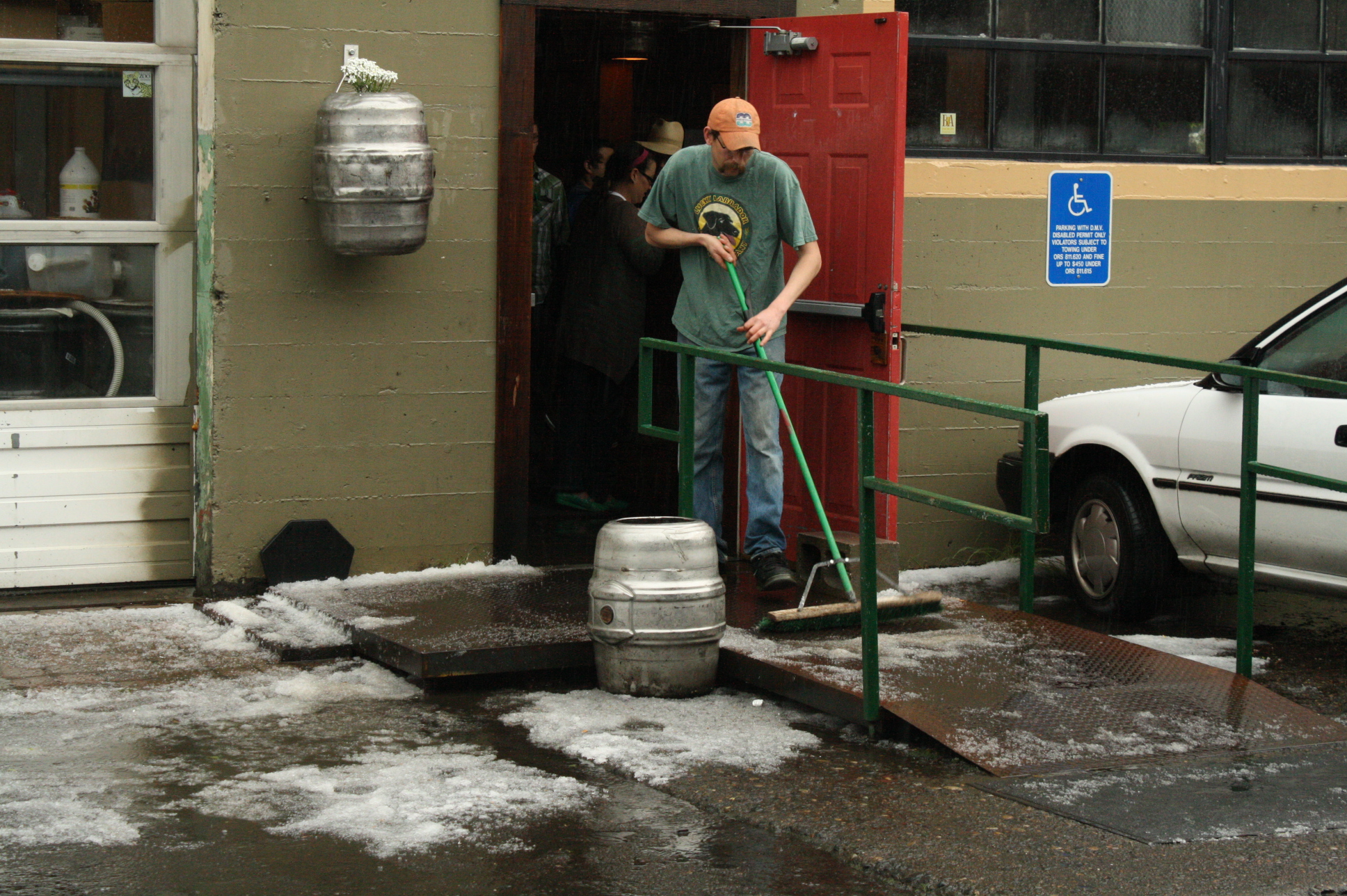 After several great beers derived from perhaps not my favorite yeast strain of all time, we casted our ballots. Unfortunately, we never got our buds on the DM Ingelmonster or Pelican Le Fluer Amere, but nonetheless, we did enjoy some wonderful glasses. Here’s the winners from what I had: 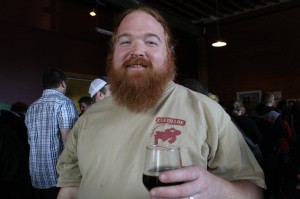 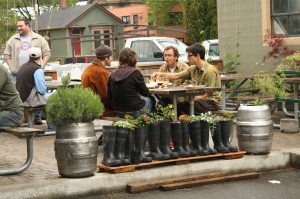 8. Upright (Portland) Four (finally get to taste their awesome beers!)

Watching the OBG crew count ballots, it looked like my #1 pick from Deschutes was going to take the crown.  I just wonder how the heck they are gonna get all those people in an always crowded Deschutes pub.  We’ll have to wait and see. 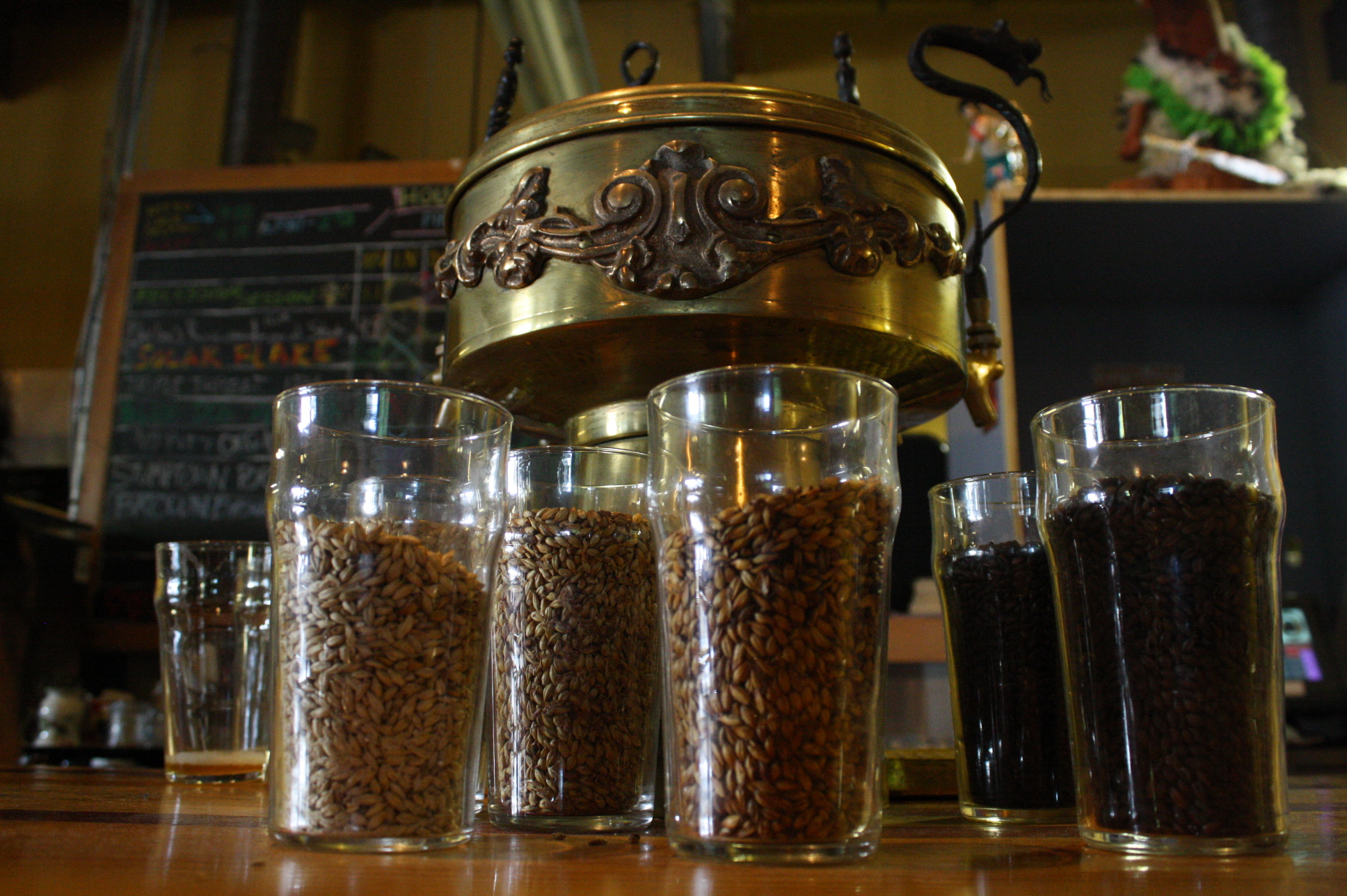 After PCTBB, my brother and I, big Boston sports fans, had to get to a bar with the Celtics and Bulls basketball game. It was game seven, and a do or die for our team. So, we headed over to Blitz Ladd and kept the Belgian train rolling with pints of Russian River Damnation. After some food and a few games of shuffleboard, we left with a Boston victory to feel good about. 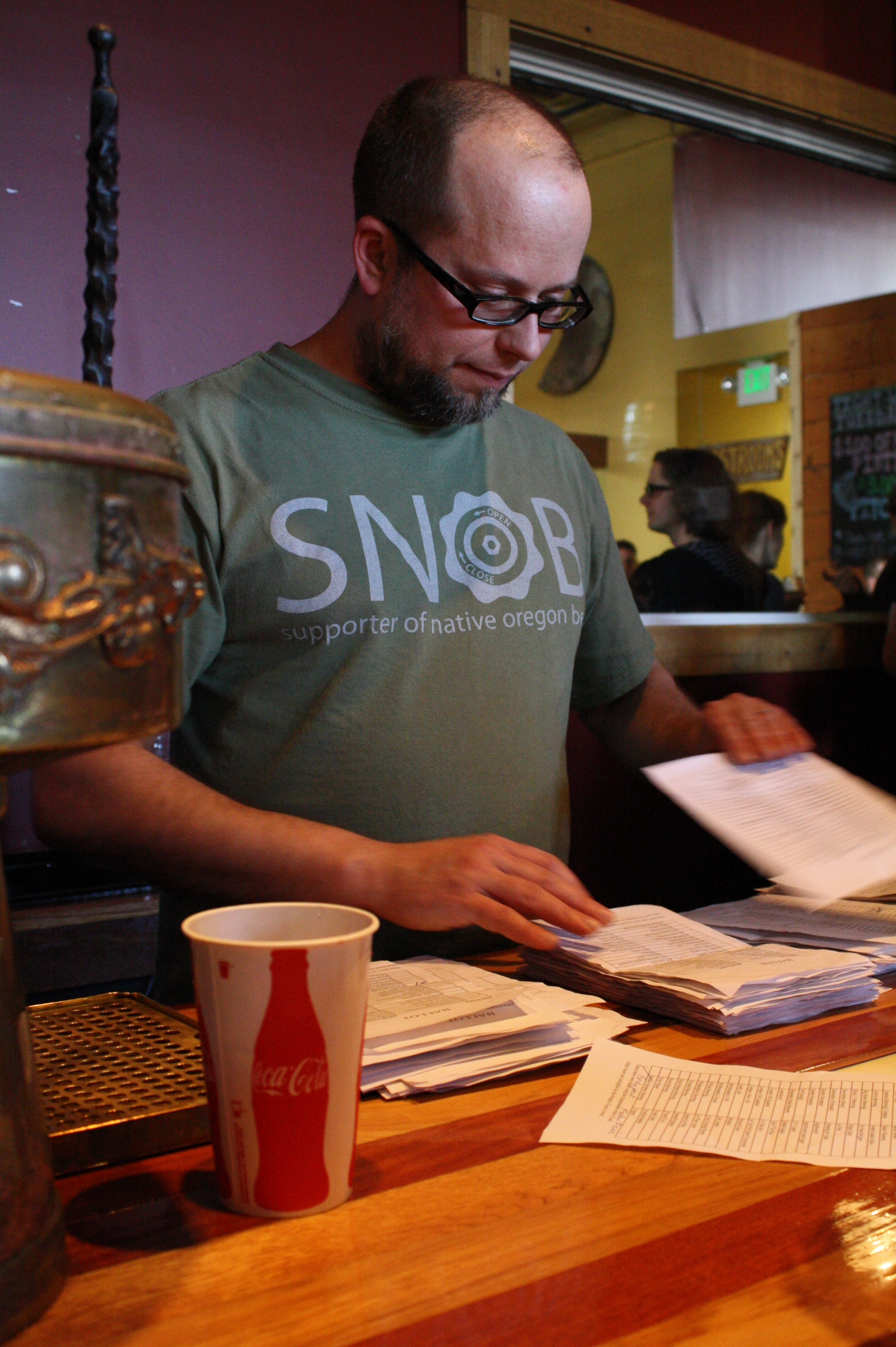 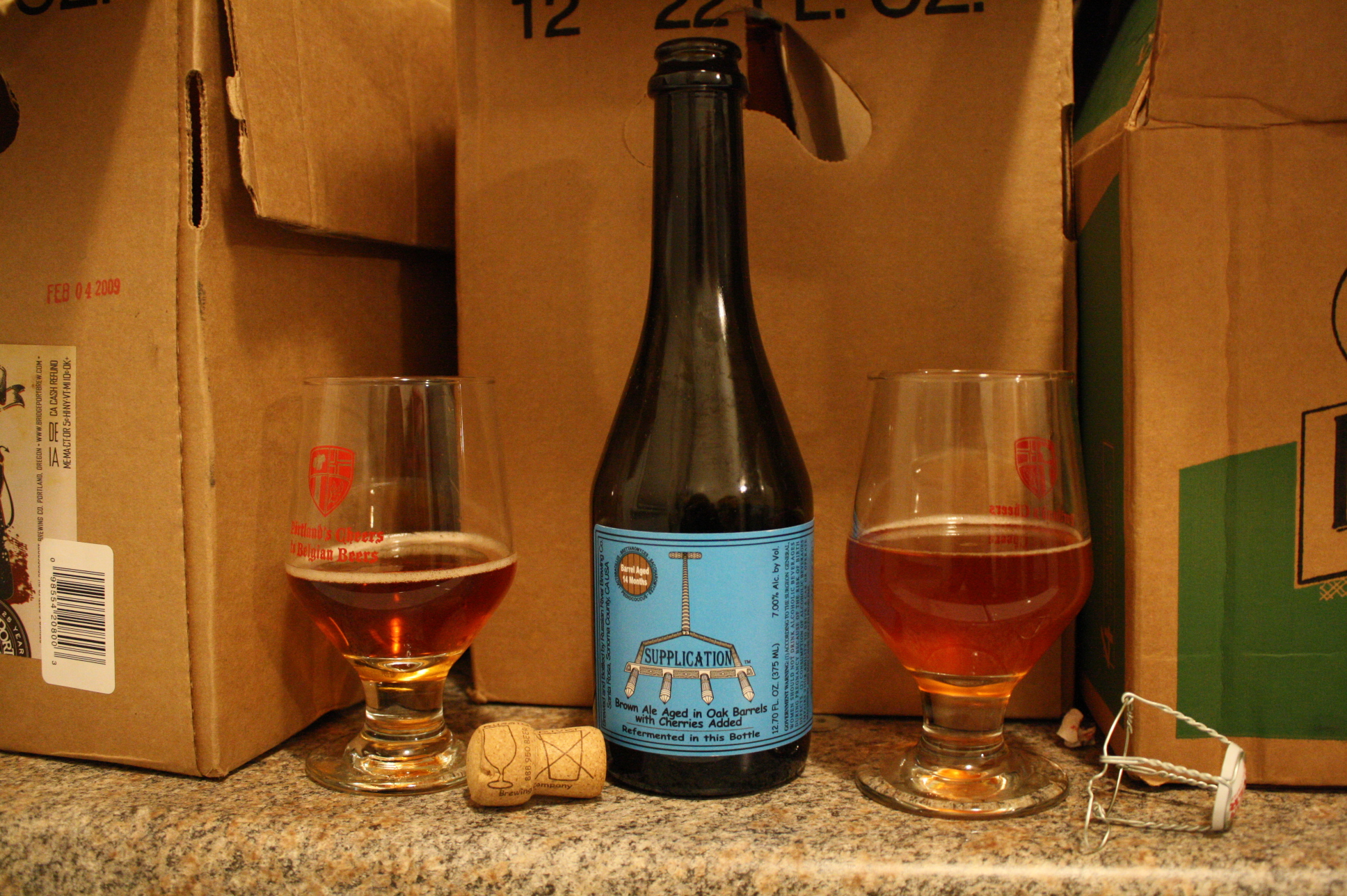 Most of the remainder of the weekend involved gardening and getting our hops trellis finished. However, we did find time to bust out a few special beers including a bottle of Russian River Supplication and a Midnight Sun La Maitresse an Moine from deep in the cellar. Stops at Victory Bar to quell a dearth of Double Mountain beers was pursued (granted, it was Hop Lava, still a noble choice), and at Hopworks to finally get a pint of the super smooth Anniversary Cream Ale on nitro.  Now, it is back to the grind. See you at happy hour. 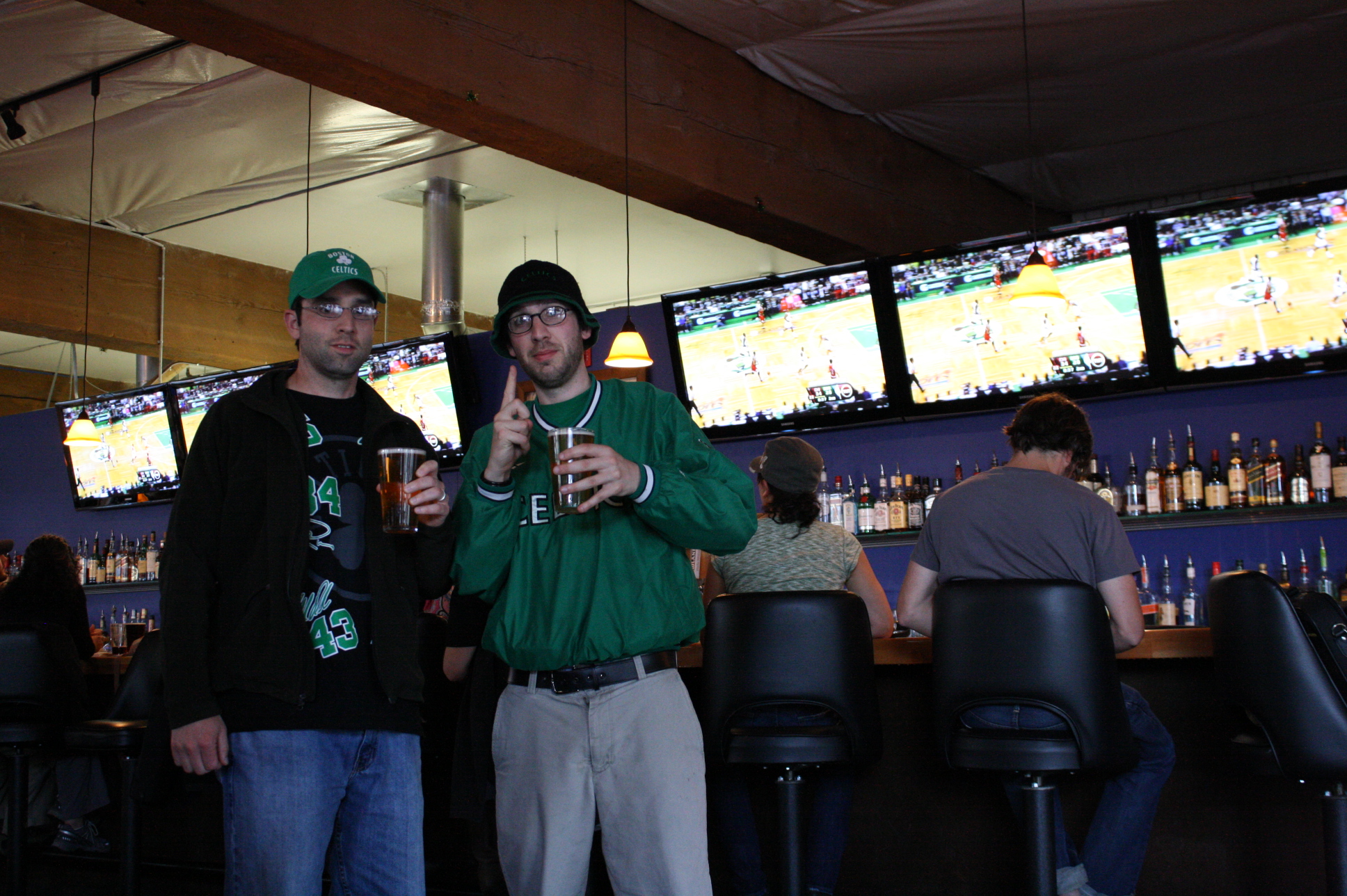