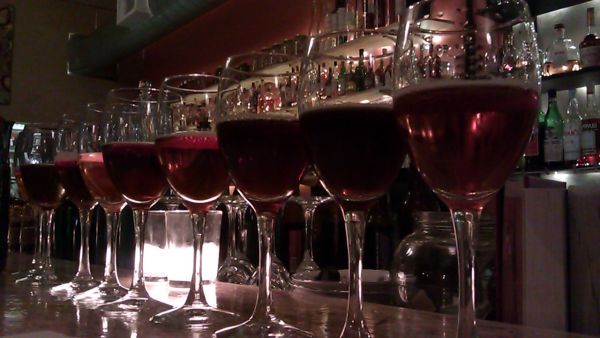 As many beer enthusiasts of Portland have noticed, or at least approached me about, Angelo is currently on the East Coast. Don’t worry beer fans, he will return…soon (in less then one month)! Until then, I decided that it just would not be a Brewpublic Monday post unless there was a weekend in review. So here we go..girl style. And yes, there are many ladies in Portland that LOVE beer! 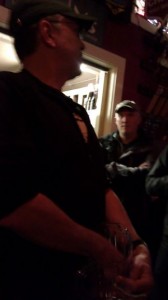 I’m going to have to start this post with Thursday because that is how committed I am to beer. Thursday was a busy beer night as this previous post points out but I could only attend one event. The event I chose to attend was the Block 15 Figgy Pudding event at Belmont Station. Block 15 is turning out some phenomenal beers and I just could not miss this event seeing as how I was not able to make it down to the bottle release they had a few weeks ago. Belmont Station obtained a keg of Figgy Pudding and about 16 bottles. Owner Carl Singmaster thought, “How do I sell 16 bottles of something that a lot of folks want”. Well, I think he came up with a great idea and put the keg on tap and everyone who bought a glass of beer would get a ticket. Tickets would be drawn at 8 PM and winners would get to buy a bottle of Figgy Pudding. Winning the rights to buy a beer may sound lame but because of the limited supplies, I thought it was fair. I was once fortunate to win the rights to buy a Dave at Hair of the Dog. I did go ahead and shell out for this once in a lifetime opportunity but I still have never tasted it. When do you crack open a Dave? Anyways, I was a lucky winner of a Figgy Pudding bottle, actually first name drawn! Only with this beer I think I will open it next Christmas. 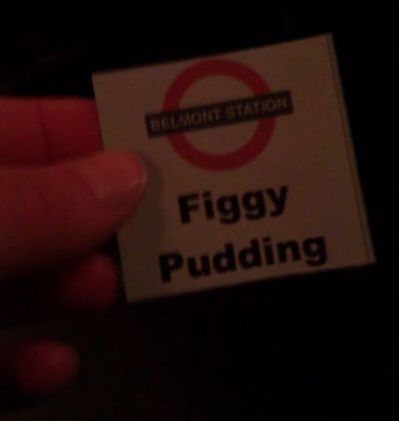 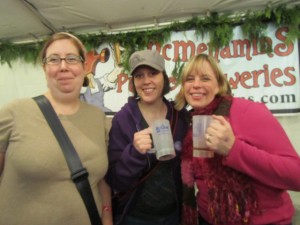 Being as this was my first Friday night, in a long time, without having to hang out with Angelo (no offense), I decided to have a Ladies of Craft Beer outing. I contacted a few girlfriends and wives of beer snobs and set a date for the Horse Brass Pub. About seven of us showed up in total and after being introduced as “so and so’s girlfriend or wife”, we realized that we should really know the women behind these men and not just the men. To name the women that showed up there was: Teresa of Charles (aka John Harris’s red headed “cousin”), Amy of  Poster Boy for “S.N.O.B.” Ritch, Janelle of Belmont Station fame (Jason’s wife), Amy girlfirend of Chris “King C” Ensign, Emma of Geoff of Bailey’s Taproom,  and Kim of Nick from Bailey’s and Geoff’s best friend. We had a blast enjoying, wonderful winter brews such as Laurelwood’s Vinter Varmer, Hopwork’s Kentucky Christmas and Caldera’s Mogali, just to name a few.  After this night of girl fun, we decided that we would be meeting monthly for a girls’ enjoying craft beer night and our goal for the next meeting is to come up with a name of our group. After attending the Beer Blogging Conference in Boulder this past October, I realized that, besides Lisa Morrison’s Beer Goddess site, there is no really beer blog by a woman in Portland. This amazed me and I think I may be on to something here. Other women interested in joining up please feel free to email me. We are not looking to gender-fy beer, just make it more gender neutral.

On Saturday night I met up with my friend Tyffany . Many of you who visit Brewpublic may know her as a semi-frequent contributor. Others may know her as one of the bar manager of Deschutes in Portland. Our night started out at The Hop & Vine for their Winter Beer Tasting. The tweet I saw said that they had 32 winter beers pouring that night. The Hop & Vine had arranged four different flights 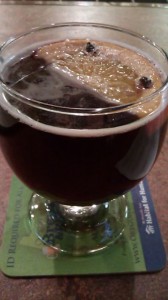 of winter beers to choose from. There was no particular theme to the flights but all contained about nine beers. At $7 for 4-ounce pours, we thought that was a great deal. We shared a flight and enjoyed such beers as the Lagunitas Brown Shugga, the New Belgium Frambozen and the  Alasken Winter to name a few favorites. After finishing our flight we headed over to Amnesia for their Winter Beer Fest but decided that was more beer then we really wanted. Too bad, we really wanted to try Amnesia’s Olde Pumpkin Ale that was on tap. I guess a visit later in the week is in order. We had heard a rumor of a mulled beer at Cascade Brewing so headed over there and opted to get a glass of that instead. What a great choice too! Cascade was featuring a Mulled Spiced Sour Cherry Ale. It was absolutely amazing! Like Christmas in a glass this beer had a lot of flavor coming from a lot of different factors. First there was the sour cherry base beer, then the flavor of oranges from the wedge that was dropped into the beer and finally a mixture of Christmas spices. Wow! If you have not tried this beer yet, get your butt down to Cascade and get it while they still have it! What a wonderful and unique idea. Finally, as if we really needed a nightcap, Tyffany I decided that it would be a great idea to head to Deschutes and get an Abyss on nitro. Like chocolate cake in a glass this beer on nitro is super smooth!

Okay, three days in a row of awesome beer drinking, how could it get even better? Well only the local chapter of Beer Advocate could make the weekend any more extreme. Member Terry MacDonald was celebrating his first 59th birthday at the BeerMonger and in true Beer Advocate style only the best beers were brought out for the night. Not only that, upon arriving and wishing Terry a happy birthday I was given eight tickets, good for $8 of beer to purchase at the BeerMongers. What a generous guy! Thanks Terry!! If you have ever been to one of the Beer Advocate tastings you will know what I am talking about. I can not even begin to go into the beers that were tasted. 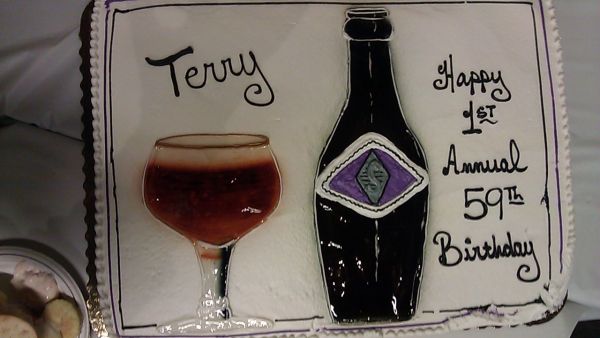 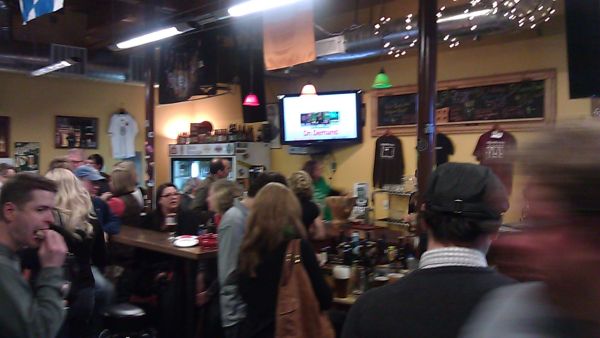 As I finish this post I am off to meet the owners of Prodigal Son Brewing in Pendleton, Oregon who are in Portland Sunday and Monday. I was contacted by them a few days ago about craft beer bars for which to drop some kegs off. Also, I was invited to taste their just released winter beer the Christmas Carol(e). Look for a post soon about where to find Prodigal Son beers in Portland and my review of their new winter beer.