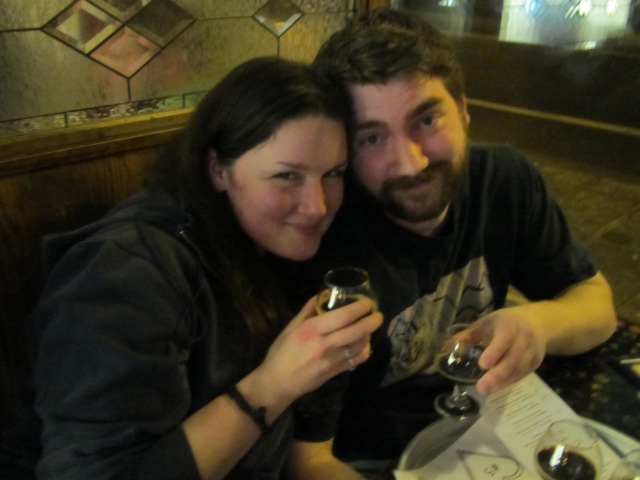 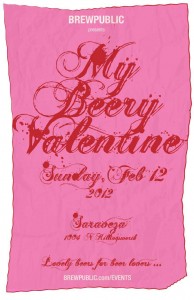 Over the weekend Brewpublic teamed up with one of our favorite craft beer haunts Saraveza Bottle Shop & Pasty Tavern to present the third annual My Beery Valentine. This decadent event showcased 13 of the region’s finest breweries in an array of one-off beers designed especially with sweethearts, sweet tooths, and craft beer lovers in mind. These rich and robust offerings were each made with Valentine’s Day appropriate ingredients such as chocolate, fruit, and many of them were barrel-aged for added flavor.

My Beery Valentine 3 paired up these wonderfully dessertif ales with the choice sweets from Sugar Pimp, Saraveza’s own beermeister Lori Adams Clinton to result in one amazingly mouthwatering experience unlike any other. Late on Saturday evening after tinkering with some potential beer cocktail recipes with the brewers at Mt Tabor Brewing of Vancouver, WA for an upcoming tasting at The Guild Public House, we headed over to Saraveza after hours to ready the first round of Valentine brews for the busy day ahead. Each beer presented offered a unique take on what a Valentine’s Day selection could be. 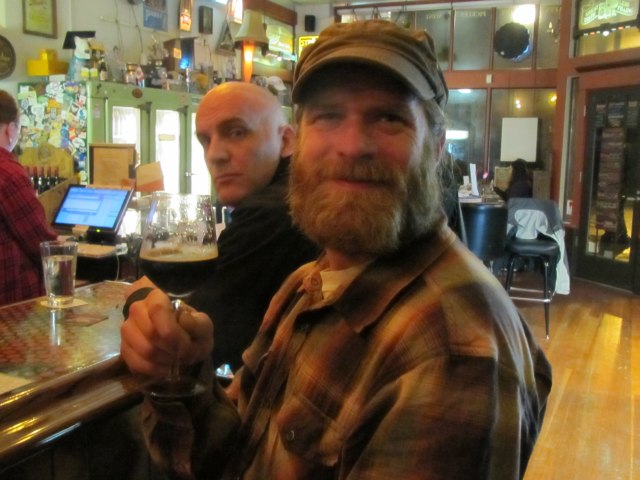 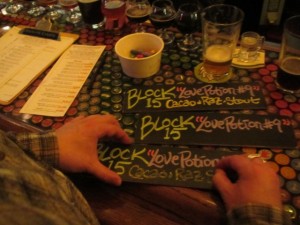 A highlight from My Beery Valentine included the perennially popular Love Potion #9 from Corvallis’ Block 15. This sweet stout presented a complex and chocolate and raspberry flavor seasoned with a bright bouquet of Northwest hops. People continually praised this beer throughout the day and night of the event, and it was evident that this fine brew had again won the hearts and palates of those who approached it.

Additionally, Hopworks Urban Brewery‘s Army of Darkness Barrel-aged Imperial Stout was as fine as any beer on the docket. This big dark robust ale put forth waves of flavors that alluded to a variety of subtle nuances worthy of even the most seasoned beer enthusiast. Nine patient months in bourbon barrels attributed rounded tannins and an inviting creamy aspect that accented the rich caramel notes brought out by the hearty malt bill. 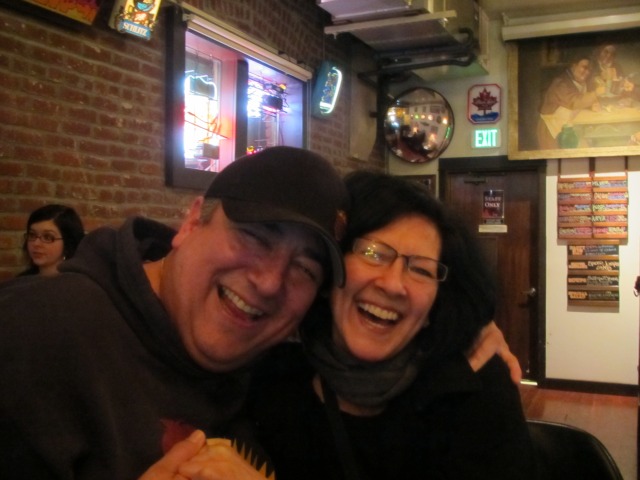 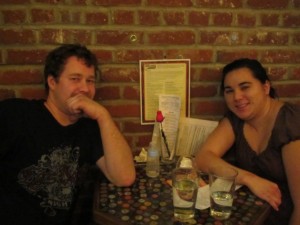 Portland’s darling young brewery The Commons delivered little bit of heaven for My Beery Valentine with a barrel-aged rendition of Little Brother with fruit and cacao added. Known as “Brotherly Love”, this soon to be available in bottles Belgian-style dark ale employed Peruvian nibs and tart cherries that married with a sweet and tangy character begotten from the use of Brettanomyces yeast. The beer was a shining example of the imagination and ingenuity exhibited by brewers Michael Wright and Sean Burke. Tres bien!

Often times when a tastival of one-off and experimental beers is presented there are brews that fall short of people’s expectations despite the creativity put forth. However, this was truly not the case for this magnificent events. Each brewery evidently executed their creation in a manner that was uncanny.  Event the most outside of the box recipes landed prosperously on the tongues and gullets of their target audience. Mt Tabor Brewing, a young brewery from just across the Columbia River in Vancouver, WA unveiled one of the most creative tasters of the night. Valencino’s Dirty Nutz was a sweet stout infused with Nocino, a minty and anise-esque sweet Italian walnut liqueur that lended great depth to the base brew. Brewers Eric Surface and Duke Geren were on hand to sample their wares and all who we spoke with who tasted it were quite impressed. 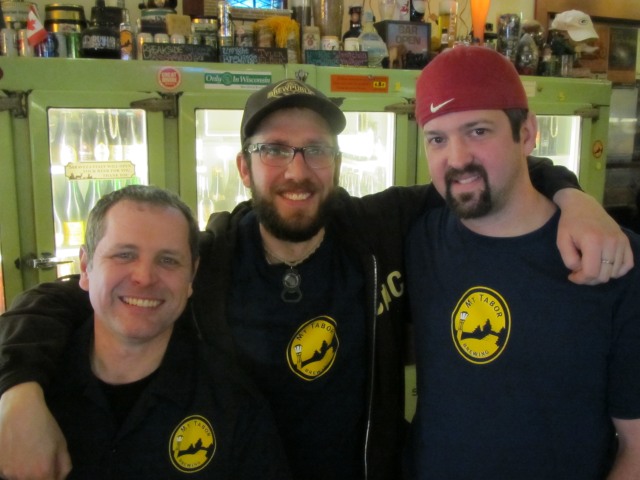 Thanks to each and every brewer as well as the incredibly welcoming staff of Saraveza who put their best foot forward to making this year’s My Beery Valentine a huge success. Our mouths are already watering thinking about next year’s festivities. Prost!

To view more photos from My Beery Valentine 3, click here.