It’s time yet again for more blind tasting mayhem at Concordia Alehouse. Wednesday July 28, 2010 was the kickoff of five days and 12 Imperial IPAs. In this side-by-side sampling, a dozen Oregon breweries will duke it out to decide which will serve as captain for February 2011’s Beer Brawl IV between Oregon, Washington, and California. 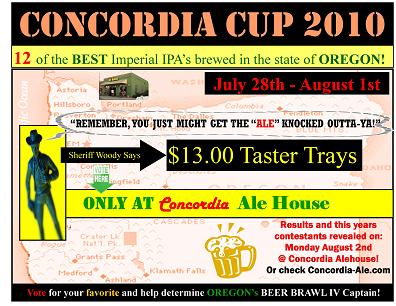 Who will win the crown as Oregon’s best Imperial IPA brewer? Well, that all depends on which breweries submitted beers to Concordia. We’ll have to find out at the end of the event when the results are divulged on Monday August 2. If you recently attended Saraveza’s IIPA Fest (July 14-18), you have an idea of what some of the best Imperial IPAs are out there. Here’s the breweries we would pick if we were picking a dozen of Oregon’s best IIPA brewers:

Laurelwood, Hopworks, Barley Brown’s, Ninkasi, Bend Brewing, Widmer, Alameda, Lucky Lab, Big Horse, Double Mountain, Mount Tabor, and Deschutes. Pyramid would definitely get the nod for their Outburst IPA, though we are not sure if theycount because they’re a Washington owned brewery despite brewing  this beer in Oregon. Sorry if we missed any off the top of our head. 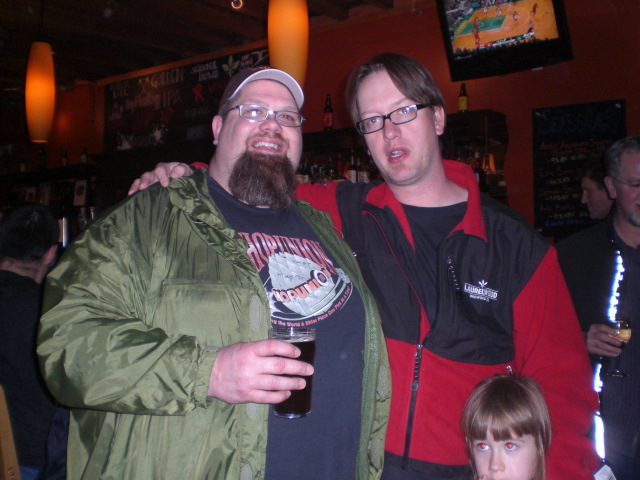