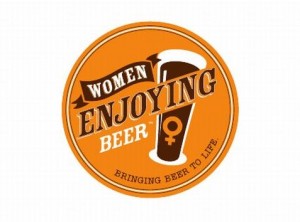 Have you ever stopped to look at the people enjoying beer? Meaning, have you paused long enough to look around and see what genders are savoring the beverage we call beer?

Well, about two and a half years ago, I had reason to pause. Someone encouraged me to submit a proposal to the Craft Brewers Conference (for 2009). Okay – I thought. Great! Yet what do I have to offer the beer community that they will find of value? At that time WEB (Women Enjoying Beer) had not yet launched so, while I’m full of ideas all the times, I’d not considered a specific direction into beer as a profession.

So I sat myself down and said, “Self, what can you offer the beer community?”. Self set to brain dumping on the computer and before I knew it, two complete proposals lay before my eyes. One was “What About the Other 50%?! Developing & Serving the Female Craft Beer Consumer”. Alas! It was selected and Women Enjoying Beer was formed. 300 – 400 people showed up to hear more. Obviously it struck a nerve. Or at least made people curious.

What did I see at that point? Opportunity. Opportunity to work with people I wanted to be around and had whom I had gotten to know. Knowing that who I am is what I do, I only wanted to put energy into something that was truly worth the investment of my life.
Opportunity to fill a need – properly marketing craft/beer to women from the consumers’ perspective – that no one else on the planet was doing. Opportunity to support the rather remarkable craft beer community and progress women. Opportunity to exercise my true passion for business, education, fun, and beer. 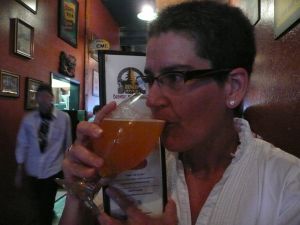 I’ve said many times that WEB is not about women and not about beer. That’s not totally true. Indeed, if the players at the table were already equally represented gender wise, it’d be a non issue. As it is, it is. So it’s time to address the 50.9% of the global population that is female and their relationship with beer.

What do I see now? An opportunity of a magnitude that is perhaps overwhelming to some. Not us. My colleague Kate and I get into it daily to progress the agenda of getting more women and beer businesses educated: it’s about beer at its core, education and the experience around beer and inviting a minority participant to fully engage. We’re the only one on the planet specializing in this arena: serving the female consumer and the beer community starting with her perspective.

What I see in the future is that women ARE the way to growth. With 70+% of men engaged in beer and only 27% of women; with the craft breweries in the USA over 1700+ and breweries in planning 600+; with not wanting to cannibalize existing market share; with wanting to develop new beer enthusiasm. Women are the answer.

I see smart, responsible education and fun based progress. Women Enjoying Beer recently got our Registered Trademark from the US government. While some may shrug and say ‘so what’, we see it as another small validation of our goals, business, and increased future success.

Women are the future of the viability and success of craft beer. If you’re a business and you’re ignoring women intentionally or unintentionally, you are most certainly going to miss the boat. Female consumers must be brought in. Marketing and developing women to engage in beer…well, that’s every one’s opportunity.

We know why we’re around. Why are you?