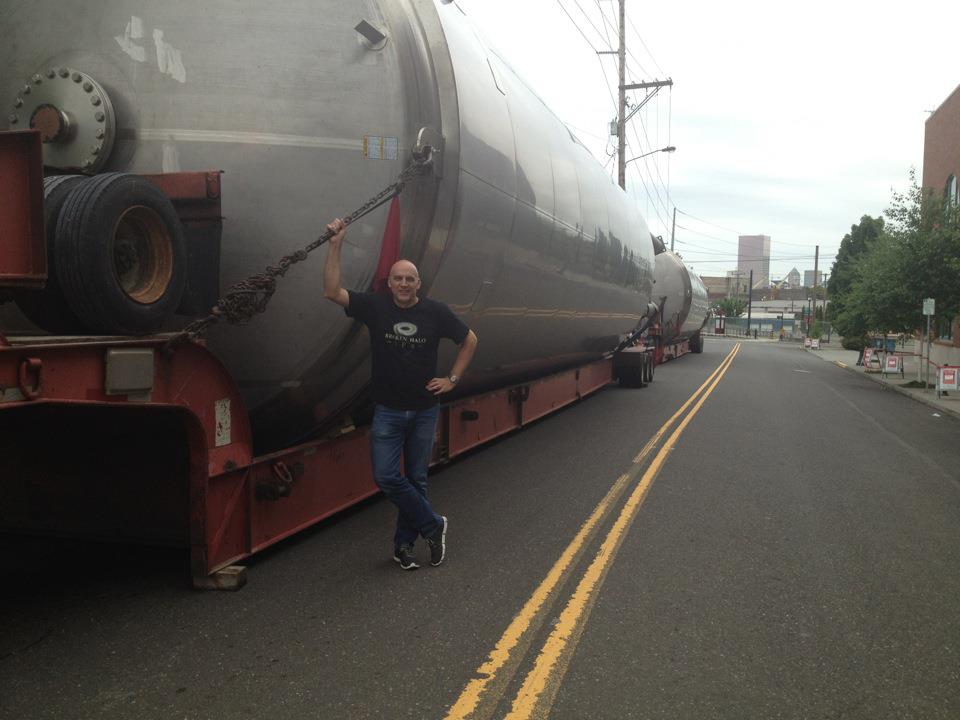 On Monday May 21, 2012, Widmer Brothers will be installing two 1,750-bbl fermentation tanks to their brewhouse off North Interstate Avenue in Portland, Oregon. According to a press release sent earlier, these two tanks are the first of four 60-foot tall tanks, the largest yet in the Pacific Northwest. Built by Paul Mueller Company in Springfield, Missouri, these tanks will be the largest in the Pacific Northwest, and according to the brewery, because of their size, the tanks will travel via truck on a specially organized route. The installation has been scheduled to take place early to minimize the impact on traffic; however Mississippi Avenue will be closed from North Russell Street to Interstate Avenue to accommodate the tanks and equipment. This will be done in the early morning to minimize disruption of commuter traffic in the area. The tanks will be brought in to the already existing brewhouse after the paneled ceiling is removed and “the largest crane on the West Coast” is employed to lower them in. 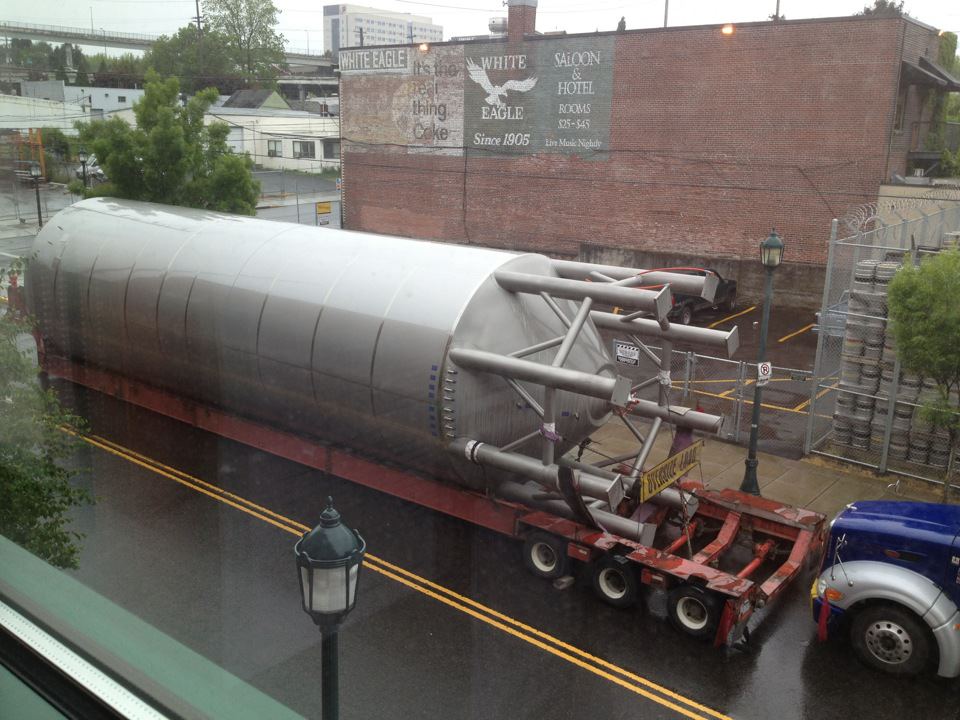 In the press release it was stated that this move “will significantly increase the brewery’s production capacity. This expansion reaffirms the brewery’s commitment to growing Oregon’s craft beer industry and allows the company to stay at its original location in Portland without building a secondary production facility.”